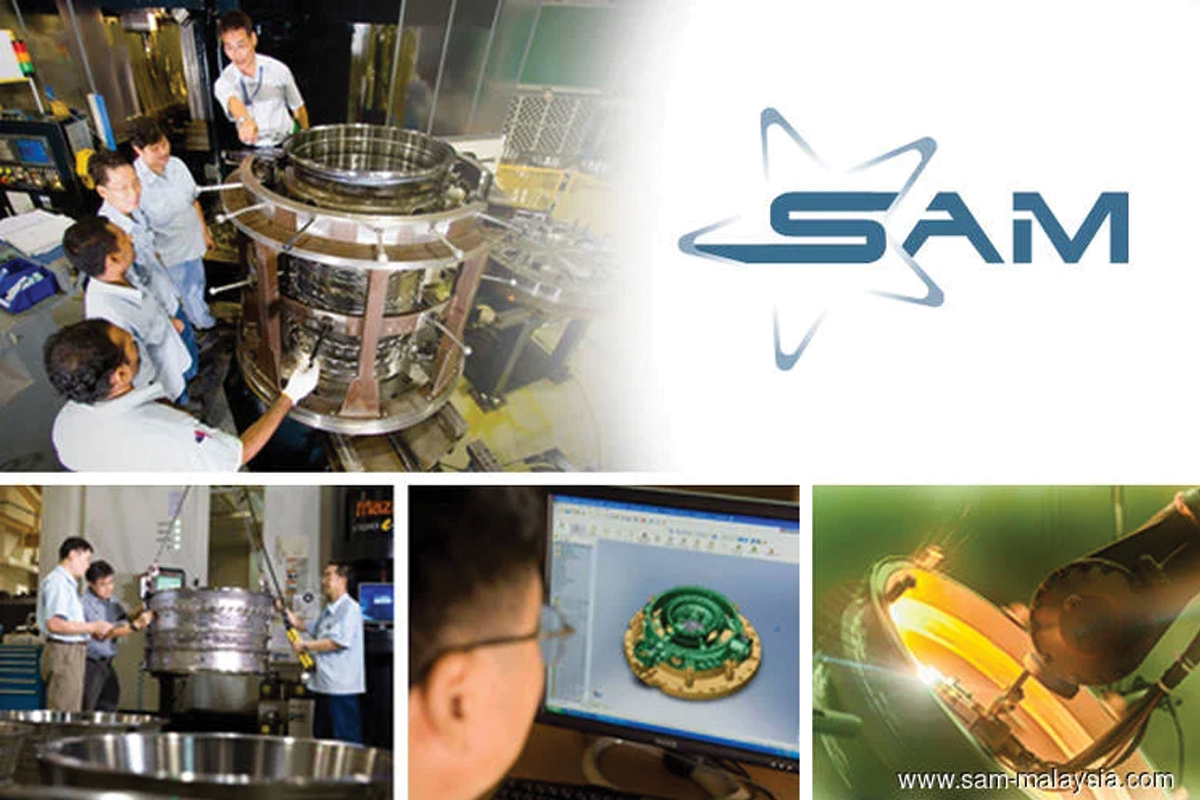 DESPITE the adverse impact of the Covid-19 pandemic on the air travel industry and related players, aerospace products manufacturer and precision engineering company SAM Engineering & Equipment (M) Bhd is in a sweet spot, thanks to its healthy pipeline of orders for its equipment segment and anticipation of a gradual pickup in the aerospace industry.

“Currently, the aerospace sector is in recovery as most major economies are reopening gradually, which will support the recovery of aircraft demand,” SAM Engineering said in a bourse filing last Wednesday, based on the minutes of its 27th annual general meeting held on Aug 21.

With good participation in the semiconductor industry, the company said it expects a reasonably good outlook for its equipment segment. It has two business segments — aerospace products and equipment (semiconductor and data storage devices).

“The aerospace segment requires heavy investments and long development cycles, but it has a more stable operating margin compared with the equipment segment, which has shown good profitability in recent years in spite of being more volatile,” said the Penang-based company, adding that it anticipates a positive outlook for both segments.

SAM Engineering, a subsidiary of Singapore Aerospace Manufacturing Pte Ltd, said its total order book as at March 31 stood at RM2.4 billion. As for a breakdown of orders, the company said its aerospace business still takes up the majority of its existing order book, which is projected to last up to 10 years. “So far, we have never lost any sizeable strategic projects,” it added.

Addressing its net profit margin of about 10% being lower than that of its listed peers, including Pentamaster Corp Bhd and Mi Technovation Bhd, which have net profit margins of about 20%, SAM Engineering pointed out that its position as a contract manufacturer differs from that of an original equipment manufacturer.

Attributing the decline in orders for the segment last year to the impact wrought by the pandemic, SAM Engineering said it expects a gradual recovery of the revenue in its aerospace segment in tandem with the recovery of short-haul flights for domestic travel and long-haul flights globally.

“Currently, we don’t foresee any specific new projects [for the aerospace sector]. While the projected order book for the aerospace segment is anticipated to last up to 10 years, the decline in orders last year was mainly attributed to lower demand in the entire aerospace industry as a result of the Covid-19 pandemic,” said the company.

SAM Engineering said its clients Airbus and Boeing delivered 723 aircraft in 2020, with market analysts forecasting aircraft production in 2021 to range from 900 to 1,000 units, and the return of air passenger travel to pre-Covid-19 levels by 2024. “We have seen an improvement in demand compared with last year,” it added.

SAM Engineering said that although the group had to operate at a lower capacity throughout the various movement curbs, the first of which was the Movement Control Order (MCO) implemented on March 18, 2020, it was able to meet delivery commitments to customers on time and ensure a smooth running operation.

Management learnt to manage and mitigate the disruptive effects of the MCO, it notes, by recruiting buffer workers to replace quarantined staff as well as widening its pool of suppliers instead of depending heavily on single-sourced suppliers in order to mitigate supply chain disruptions.

The company told Bursa Malaysia that the improved year-on-year earnings were attributable to higher profit contribution from its equipment segment, which saw higher sales due to higher demand from semiconductor and data storage customers, and that its quarterly earnings were partly offset by lower profit contribution from its aerospace segment on account of lower government grants and subsidies.

SAM Engineering said it was investing in new machines and space to meet increasing demand for products in its equipment segment, which would include an expansion of manufacturing operations in Thailand, where its factory is scheduled to start mass production by December.

SAM Engineering was slapped with an unusual market activity query by Bursa Malaysia on July 30 following a sharp spike in its share price to RM10.80 from RM8.32 the day before. The company responded that it was unaware of any possible explanation to account for the trading activity.

The stock then soared to a record high of RM16.24 on Aug 24, from RM7.16 in early July, before paring its gains to close at RM14 last Friday, giving the company a market capitalisation of RM1.91 billion.