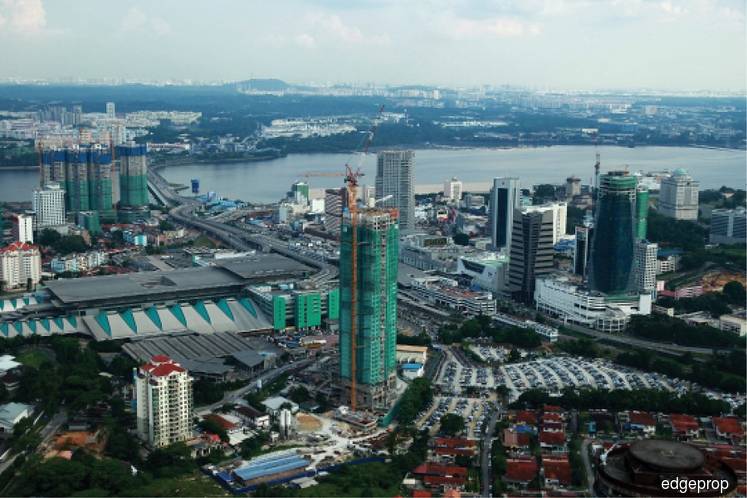 PETALING JAYA (April 19): The residential property sector in Johor has seen improved sales performance with 44.2% of the 7,926 new units launched in 2017 sold, according to the Malaysian Property Market Report 2017 released by the Valuation and Property Services Department (JPPH) on Tuesday (April 17).

“A majority of the overhang units in 2017 were in Johor Bahru district — predominantly condominium units in the RM500,000 to
RM1 million price range,” JPPH’s report stated.

Meanwhile, in the commercial segment, shopping complexes in Johor saw an uptick in occupancy while the office sub-sector remained stable. The occupancy rate for the shopping complexes improved slightly from 73% in 2016 to 79.9% in 2017. Last year also saw the completion of five malls, namely SKS City Mall in Bandar Penawar; AEON Mall in Bandar Dato’ Onn, Johor Bahru; TESCO Parit Raja in Batu Pahat; IKEA in Taman Desa Tebrau; and Paradigm Mall in Johor Bahru — all offering a combined space of 184,365 sq m.

The annual take-up of retail space grew to 261,948 sq m with the additional occupancy from the new completions. Generally, rentals of retail space remained stable for most shopping complexes, said the report.

In the purpose-built office segment, the average occupancy rate was stable at 80.5%, a minimal decrease from 80.7% the previous year.

Overall, the Johor property market continued to soften in 2017 as total transactions recorded a drop of 3.1% in volume and 4.3% in value to 38,839 transactions worth RM18.61 billion. However, the decline in transaction volume and value have shrunk from double digits in 2015 and 2016 to a single digit last year.

Notable developments and catalytic projects such as the Coastal Highway Southern Link, Pengerang Integrated Petroleum Complex and golf course in Desaru Coast are expected to help support the growth in residential and commercial sub-sectors in Johor.