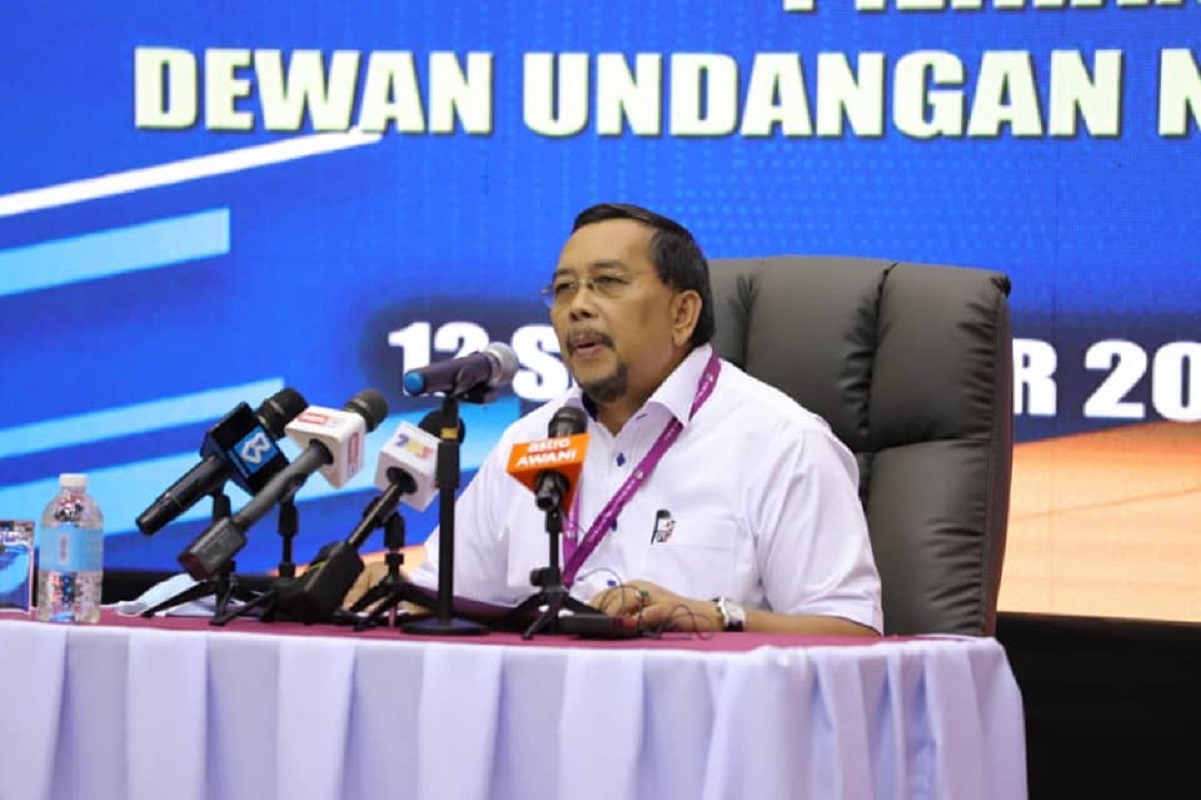 KOTA KINABALU (Sept 12): The Election Commission (EC) received a total of 447 nomination papers from candidates vying for 73 state seats contested in the Sabah state election scheduled for Sept 26 after the nomination period ended at 10 am today.

EC chairman Datuk Abdul Ghani Salleh (pictured) said 404 of the papers were submitted by male candidates, and 43 others were by female candidates.

“Only one nomination paper was rejected after the prospective candidate was disqualified due to bankruptcy,” he told a press conference here today.

He said the youngest candidate in the election is a 22-year-old contesting in Tandek, while the oldest candidate is a 75-year-old vying for the Bugaya seat.

“We expect the voter turnout for the snap election to reach 75% and the vote-tallying process to be fully completed before midnight on Sept 26,” he added.