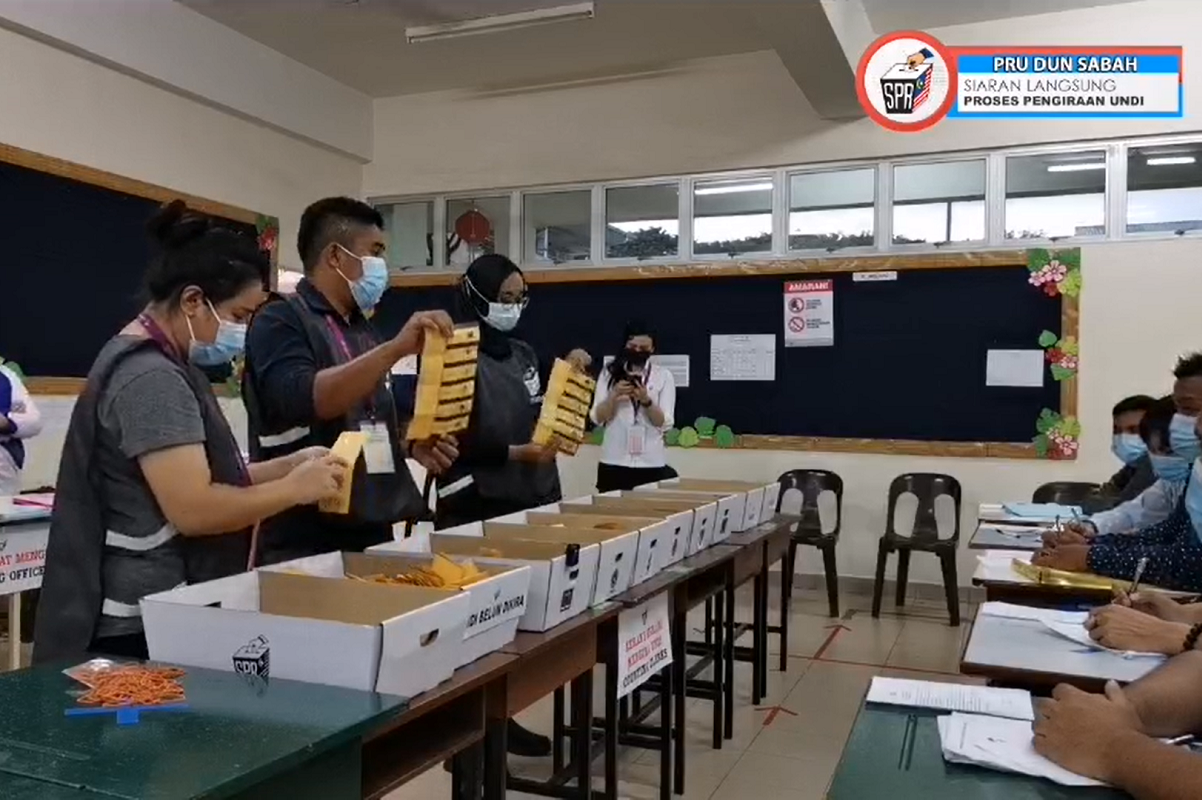 KOTA KINABALU (Sept 26): All the 741 polling centres for the 73 Sabah State Legislative Assembly seats in the 16th state election closed at 5pm today.

The polling process went smoothly for nine and a half hours without any untoward incidents after the polling centres opened at 7.30am.

With the close of polling, the vote-counting process has begun to determine who will get to rule Sabah for the next five years.

Election Commission (EC) chairman Datuk Abdul Ghani Salleh had been reported as saying earlier that full results of the election were expected to be available at about 10pm.

The Sabah Information Department reported on its Facebook page that two ballot boxes ferried by a helicopter from Pulau Mantanani were the earliest to be taken to the vote-tallying centre.

EC said that 20 helicopters would be carrying ballot boxes from the interior areas of Sabah.

Several candidates cast their ballots in the final two hours of voting.

The final voter turnout has yet to be announced by EC.

For more stories on the Sabah election, click here.