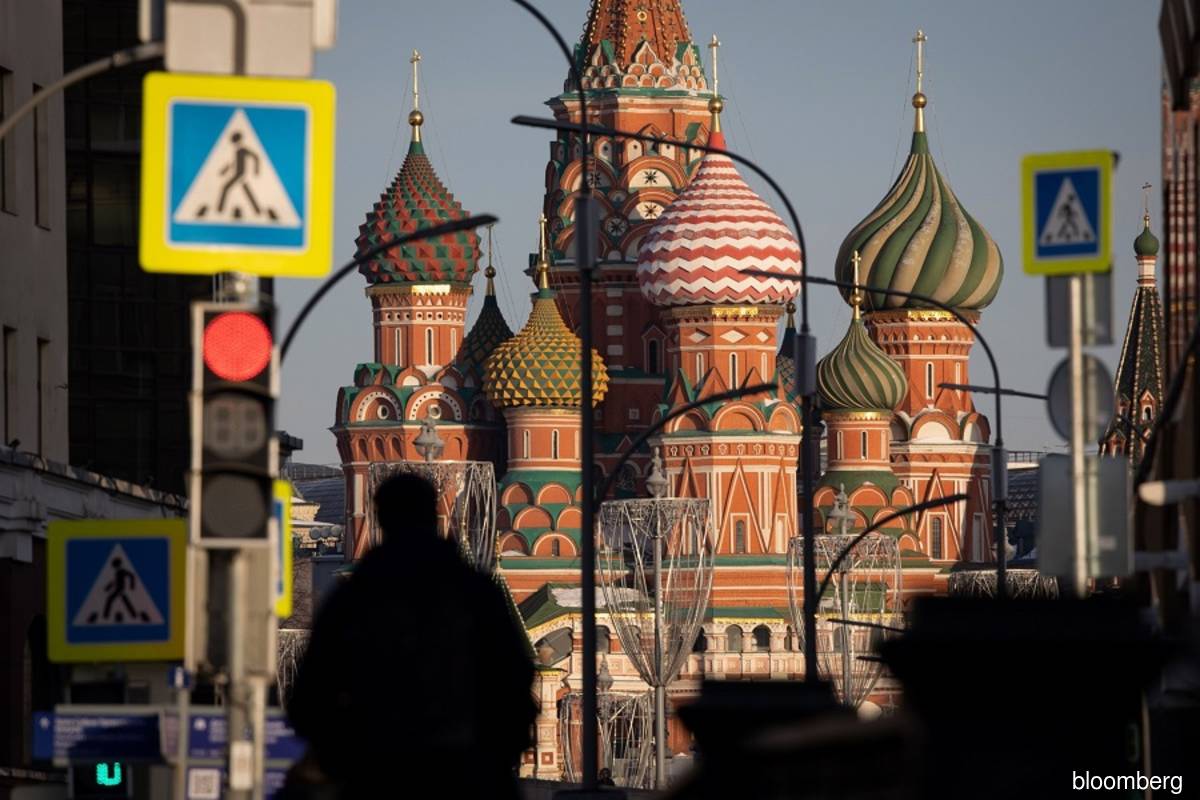 (June 28):Investors caught in the web of international sanctions that pushed Russia into default on bond payments are faced with the choice of seeking recompense now, or biding their time.

Sanctions aimed at punishing Russia for its invasion of Ukraine shut it out of the world’s financial system, blocking its ability to transfer funds to creditors. It missed payments in late May, and a final deadline to remedy the situation expired on Sunday, creating what the bond documents call an “event of default”.

Holders of at least 25% of the outstanding notes can come together to declare the debt fully and immediately repayable, “without any further formality” — a process known as accelerating the debt — according to the documents governing the relevant bond contracts.

They may be in no rush.

Claims only become void three years on from the payment date, the bonds’ terms show. There’s the chance that if international penalties against President Vladimir Putin’s government are eventually removed, investors could be repaid in full.

“As investors have been pricing in the default for months, at this stage the markets are taking a ‘wait and see’ approach,” said Giles Coghlan, chief analyst at HYCM Group. “If the conflict in Ukraine fades over the medium-term, then payments are likely resume at some point.” It’s a stance that foreign creditors of Russian companies have adopted so far.

Investors haven’t acted to accelerate the liabilities of companies in the steel, fertilizer, and transport industries and others that failed to send coupons to bondholders because of sanctions. That’s despite trustees notifying them that they’re entitled to do so, as generally happens following an event of default.

“Really, there’s not much they can do to collect on debt, even if there was a mechanism for Russia to pay,” said Richard Segal, a fixed income analyst focused on emerging-market debt at Ambrosia Capital in London. “I still think it’s in bondholders’ best interest to file claim for non-payment as soon as possible. Then again, it’s complicated because who is legitimately able to represent Russia that non-Russians can legally negotiate with? Basically no one.”

At the same time, the bond prospectuses for the two sovereign notes which went into default on Monday don’t specify the trustee. That makes it unclear who would coordinate an acceleration because the syndicate that sold the debt is comprised of Russian banks, while most international financial institutions are prevented from providing trustee services because of sanctions.

Last week, Russia made three further interest payments in rubles on bonds that didn’t have a clause allowing the use of the local currency. In a statement published Monday, Moody’s Investors Service said “further defaults on future coupon payments are likely”.

A clause present in at least some of the documents regulating other Russian sovereign foreign-currency denominated bonds says that if there is an acceleration, holders of other bonds could cross-accelerate. For that, the liability originally defaulted would have to be at least US$75 million and the bonds in default mustn’t be excluded from triggering such an action.

The government cited “force majeure” for the currency switch, and said its obligations are fulfilled once ruble payments have been made.

The Kremlin doesn’t agree that Russia has defaulted on its debt, spokesman Dmitry Peskov said Monday.

Putin’s invasion of Ukraine has landed it in a situation that bears little similarity to the balance-of-payments crises that precipitated the Kremlin’s domestic default in 1998, or to the meltdowns that struck Indonesia and Malaysia in the late 1990s, or Argentina on repeated occasions. It also stands apart from a recent default in Sri Lanka, where electricity cuts and high food costs stoked social unrest and government upheaval.

“Unlike the typical sovereign default or a sovereign debt crisis, what we have here is a sovereign that both has the money and wants to pay — and then on top of that, tried to pay,” said Jay Auslander, a judgment enforcement attorney at Wilk Auslander. “That, in my experience, is without precedent.”

Typically when a country stops paying its debts, investors would start organizing to negotiate with finance officials on a plan to restructure bonds.

But the same sanctions that have left coupon payments snared in international settlement systems may hinder a run-of-the-mill bond exchange or other default remedy.

Separately, US sanctions are complicating a possible payout on credit derivatives used to protect against a Russian default. A group of banks and asset managers are currently awaiting an answer from the US Treasury after they sought a temporary exemption from the sanctions to receive the insurance money.

The Credit Derivatives Determinations Committee next will meet on June 29 to discuss the swaps tied to Russian sovereign debt.

There are no signs sanctions will be loosened soon. Group-of-Seven leaders committed this week to supporting Ukraine in its defence against Russia’s invasion “for as long as it takes”.

“It’s unclear what else bondholders are able to do, right now at least, to recoup their money,” said George Catrambone, head of Americas Trading at DWS Group. “Russia is not going to restructure that debt right now, and bondholders are certainly not going to lay claim to hard Russian assets at this point either. So there are very limited options.”