Russia in digital payments push as it limits banknote circulation 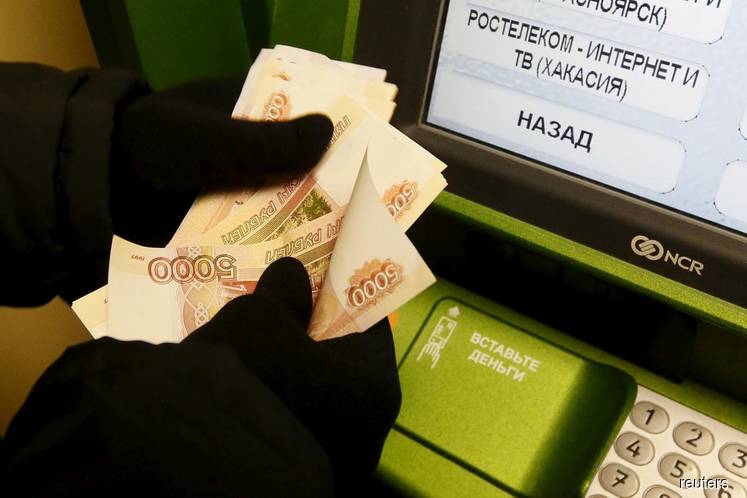 MOSCOW (March 24): Russia has urged consumers and businesses to use digital payments rather than cash, in an effort to slow the spread of the coronavirus and told banks to limit rouble notes in circulation.

Consumer safety watchdog Rospotrebnadzor this month encouraged Russians to move to cashless payments, citing World Health Organization guidelines stating that a virus can linger on a banknote for three to four days.

The central bank already keeps banknotes for up to 14 days before distributing them and is now asking other banks to do the same, said Vladimir Demidenko, deputy head of its cash circulation department.

About 75% of all cash machines in Russia do not recycle notes and offer either withdrawal services or accept cash deposits, according to the central bank.

The central bank also asked bank staff to use protective masks and disposable gloves, when accepting cash from customers.

Digital payments are commonplace in large Russian cities, but much of the population still relies on cash.

Deloitte labelled Russia a "digital champion" in a 2018 report on digital banking maturity in Europe, the Middle East and Africa.

Russia has reported 438 cases of the coronavirus and two deaths.

Other measures taken to limit the spread include the closure of schools and public institutions and a ban on foreign nationals entering the country.