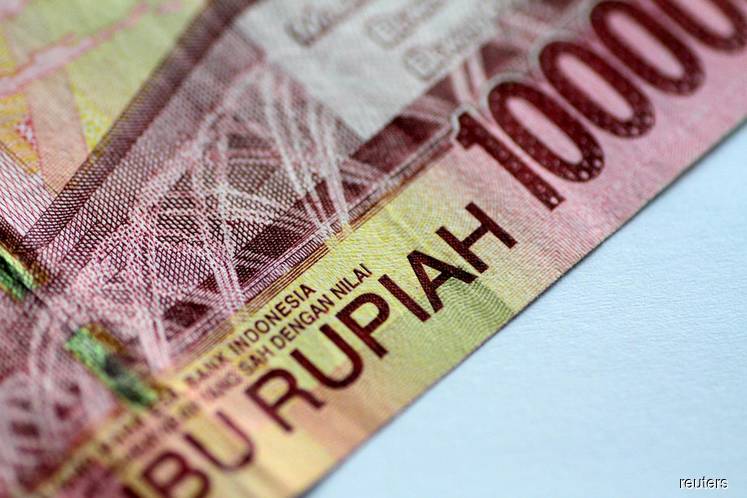 (July 3): The Indonesian rupiah slipped nearly 2% on Friday on worries about inflationary risks from its central bank buying low-yielding bonds, while the Indian rupee hit a three-month high on expected inflows and non-intervention by the central bank.

The rupiah headed for a loss of more than 2.6% against the US dollar this week, its biggest weekly fall since the near 8% plunge it recorded in mid-March during a severe dollar funding shortage in Asian markets.

Investors turned cautious after Bank Indonesia (BI)on Monday agreed to 'share the burden' with the government and buy bonds with even zero yields to help finance a fiscal deficit bloated by spending to tackle the coronavirus outbreak.

When an emerging economy is purchasing a bond with its own currency instead of the US dollar, it creates inflation... the central bank is creating this money from nowhere, said Margaret Yang, strategist at DailyFX.

"The US Federal Reserve is doing exactly the same thing, but the situation there is different because the dollar is a world currency, so that money supply is not just sitting within the United States but also circulating to the rest of the world."

BI Deputy Governor Dody Budi Waluyo said on Friday the pressure on the rupiah during the week was due to domestic factors such as fear of a second wave of Covid-19 infections.

The Indian rupee extended Thursday's gains to climb to 74.6, its highest since March 27, as investors bet on further declines in the US dollar amid expectations of further inflows, with support from the central bank's non-intervention in the spot market.

The central bank, which has been aggressively buying US dollars in recent weeks, stayed away on Thursday, triggering a massive rally in the rupee.

Except Japan, all Asian stocks were headed for weekly gains, led by a 5% rise for Chinese shares.

The gains came after data that the US economy created jobs at a record pace in June, while a private survey showed that China's services sector expanded at the fastest clip in over a decade in June as consumer demand recovered.

In the coming week, focus will be on Bank Negara Malaysia's policy meeting where the central bank is expected to cut interest rates to a historic low to stem the economic fallout from the pandemic, according to a Reuters poll found.