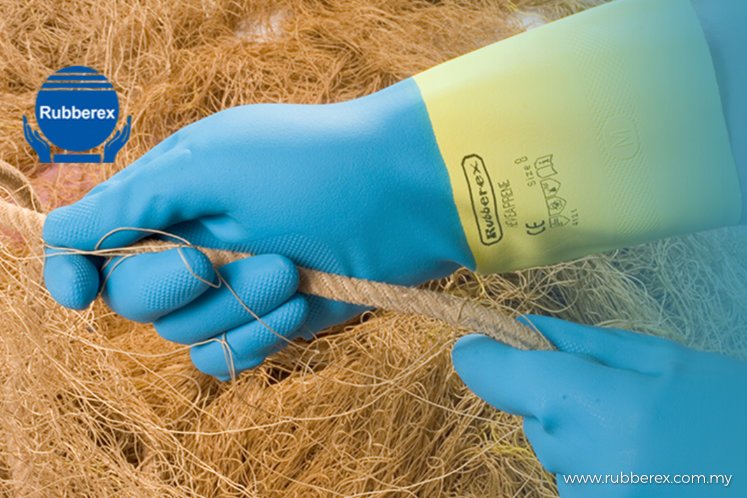 KUALA LUMPUR (May 4): Rubberex Corp (M) Bhd is planning to undertake a private placement to raise RM31 million to expand its production lines for nitrile gloves.

Rubberex said the placement shares will cost RM1.23 apiece, representing a 10% discount to its five-day volume-weighted average market price of RM1.36 as of April 30.

The rubber gloves manufacturer said the shares will be placed among third-party investors, with RM30.7 million of the proceeds used to expand the glove lines for nitrile gloves. The balance will be used to defray the cost of the private placement.

Rubberex said that after the placement has been concluded, the built-up area of its factory will increase to 110,000 sq ft, from 92,000 sq ft at present.

“The board believes that the increase in nitrile disposable gloves production lines will contribute positively to the future earnings of Rubberex Group,” the group said.

It added that the placement is expected to be completed in the third quarter of 2020.