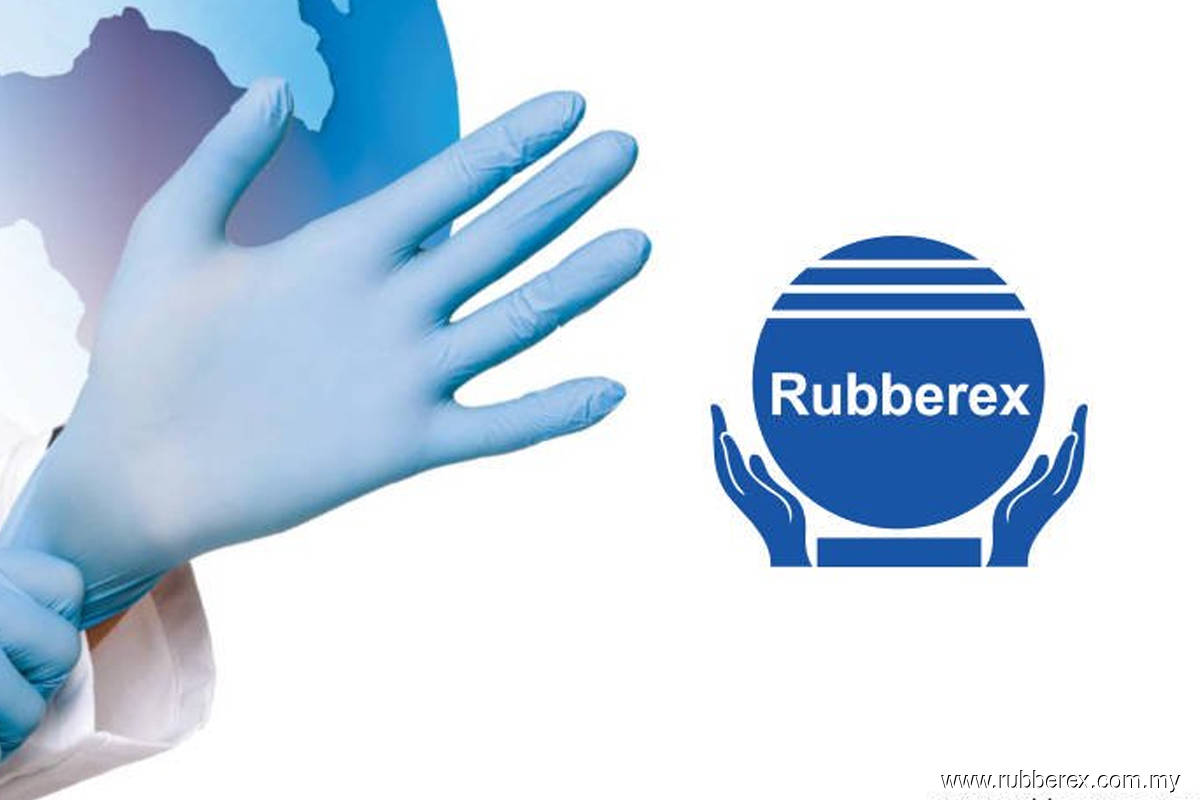 "The improved profits were mainly due to an overall increase in demand of the group's products namely household, industrial and nitrile disposable gloves due to the Covid-19 pandemic since early this year, higher average glove selling prices, favourable exchange rates and improved production efficiencies," said Rubberex in a filing with the exchange.

Going forward, the group said it is focused on the nitrile disposable glove division, which is currently operating at full capacity, and said its performance is expected to continue for the rest of 2020, pointing out that its order book has been filled up to last until the second half of 2021.

"The group's next capacity expansion is on track and is expected to contribute to the group's earnings in the fourth quarter of 2020 onwards," it said.

In a separate filing, Rubberex said its wholly-owned subsidiary Rubberex Alliance Sdn Bhd has entered into a sale and purchase agreement with Prisma Lengkap Sdn Bhd to acquire two parcels of land in Perak for RM11.39 million.

The two parcels comprise a 35,260-square-metre tract and another 12,839-square-metre tract in Sungai Terap, Kinta, Perak to be purchased for RM8.35 million and RM3.04 million respectively, to be funded via internally generated funds.

The group said it intends to use the lands to expand its manufacturing and sales of nitrile disposable gloves.

"The proposed acquisition is expected to contribute positively to the earnings of Rubberex group as demand for gloves remains strong amid the Covid-19 pandemic," it said.

The group expects to complete the acquisition by the first quarter of 2021, barring unforeseen circumstances.