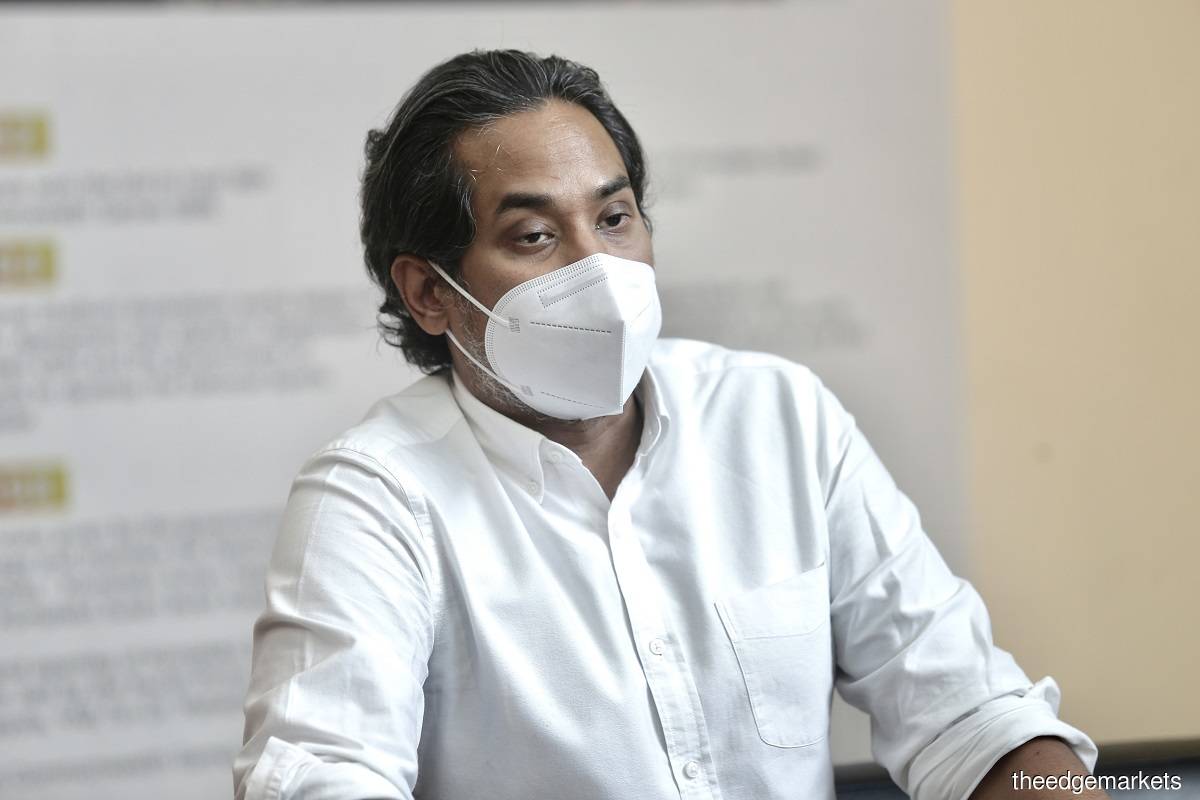 According to Khairy, it is too early to expect the MCO to be reimposed following the emergence of the Omicron variant of Covid-19. (Photo by Zahid Izzani Mohd Said/The Edge)

He said he was informed of this by experts of the Institute for Medical Research but tests are still being conducted to know more about this variant.

"The RT-PCR test should be OK, but in terms of effectiveness, we are still studying it but so far, it is still able to detect the Omicron variant," he said at a press conference after an appreciation event held for officers and staff of the National Health Institute here on Monday (Nov 29).

He said a further study of the variant would not only involve detection tests but also the effectiveness of the vaccines.

"We will be getting reports in a week or two from the vaccine manufacturers which are conducting research on the effectiveness of the vaccines against this variant.

"The third thing we should look into is the ferocity of the Omicron variant. Early reports from South Africa, which has a low vaccination rate, show that the Omicron has only caused moderate symptoms. There are some good news, but again we don't really know and we have to wait and see,” he added.

Khairy said it is also too early to expect the movement control order (MCO) to be reimposed following the emergence of Omicron.

“It is too early to talk about it. The public get angry when they hear the MCO. Our researchers are looking into this,” he said.

On the travel bubble and the need for home quarantine and at hotels for travellers returning from any country categorised as risky, he said these would be discussed with the Health director-general on Monday afternoon.

"We have several options to consider, so that we can tighten our borders,” Khairy added.

On the vaccinated travel lane, he said the matter is still being discussed with Indonesia, Thailand and Brunei, considering the emergence of the new variant.

On the standard operating procedures for the Sarawak state election, the minister said more information on this will be obtained on Tuesday, with an announcement to be made soon.