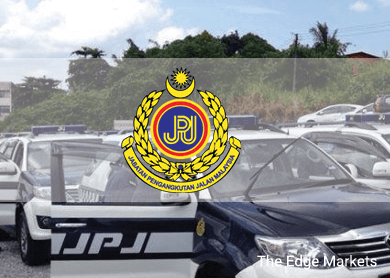 (June 9): The Road Transport Department (RTD) today published a dress code on its Twitter account and Facebook page to explain to the public what not to wear, following public outcry after a woman, wearing a skirt deemed too revealing, was denied service at one of its branches.

The dress code stated that visitors are barred from wearing indecent clothing which includes skirts above the knees, sleeveless shirts, tight skirts and pants, as well as slippers while dealing with the department.

The directive was issued by Chief Secretary to the Government Tan Sri Dr Ali Hamsa.

The dress code also stated that the visitors are required to wear smart, clean and proper clothing while on official business at RTD offices.

A decent clothing was listed as: T-shirts, collared shirts, long trousers, shoes and skirts below the knees. It said this was the dress code that should be adhered to during official business.

Although some netizens say that it was only proper to wear decent clothing while visiting government offices, others are against it, saying such rules should not be applied as RTD is not a religious outlet.

Facebook user Desmond Lim said: “I would like to ask the admin what law is this? Why are we not allowed to engage services, what is your power? This is misuse of power as this is not worship place.”

He said it was enough for one to look smart and that it should not burden the people. He added that RTD’s power only applied on the road and not to clothes.

K. Francis Pius shared the same sentiments, saying how one dressed was the right of individuals as RTD was not a holy place.

Another Facebook user, Mohd Husainy Abd Gani, said that asking that one dress decently while visiting RTD was acceptable but added that wearing slippers should not be an issue.

“If someone is crippled how? Do you still want to ask the person to wear shoes or slippers? Please be rational.”

RTD was put in the spotlight yesterday after a Facebook posting by a woman who was denied services for wearing a skirt went viral on social media.

Suzanna G.L. Tan said on her Facebook page that she had gone to an RTD office to transfer ownership of a car she had just sold and was asked to wear a sarong otherwise she would not be entertained.

The post along with the images was later removed from her page.

According to The Star, Tan was waiting to get a queue number when she was told to wear the sarong.

“I do not know if I should laugh or cry,” said Tan, who did not specify the date or location of the RTD office.

Meanwhile the Ministry of Transport when contacted said a statement will be issued on the matter later today. – The Malaysian Insider