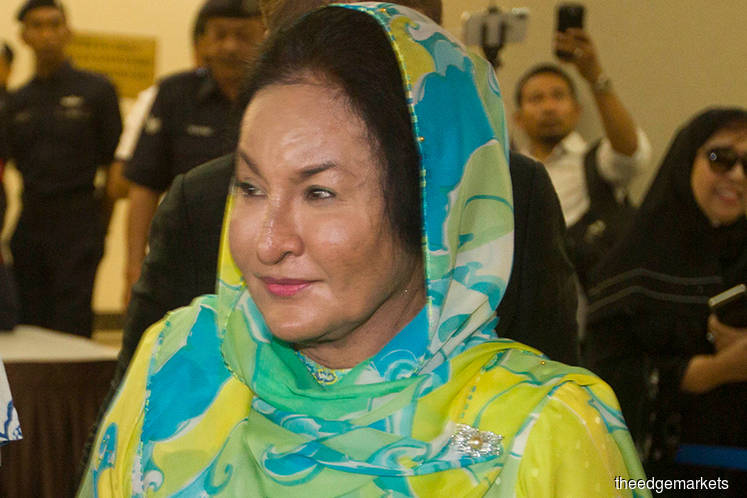 Her counsel Datuk Jagjit Singh told a three-member bench that he had been instructed not to proceed with the appeals.

He said the first appeal was pertaining to the transfer of Rosmah's case before High Court judge Collin Lawrence Sequerah to the High Court presided by Justice Mohamed Zaini Mazlan and the second appeal was on her joint trial with Rizal.

Deputy public prosecutor Datuk Dusuki Mokhtar did not object to the withdrawal of the appeals.

Rosmah, 67, the wife of former prime minister Datuk Seri Najib Razak, pleaded not guilty on Nov 15 last year in the Sessions Court to two counts of soliciting RM187.5 million and receiving RM1.5 million in connection with the project to provide electricity to 369 rural schools in Sarawak.

On May 30 this year, Justice Mohamed Zaini allowed the prosecution's application for a joint trial of the cases involving Rosmah and Rizal in the Sarawak solar project.

On Oct 4, 2018, Rosmah pleaded not guilty in the Sessions Court to 12 counts of money laundering involving RM7,097,750, and five counts for failing to declare her income to the Inland Revenue Board (IRB). Justice Mohamed Zaini had ordered for this case to be heard separately from the solar project case.

On April 10 this year, Rosmah was slapped with a new charge over the solar hybrid project. She was accused of accepting gratification of RM5 million from Jepak Holdings Sdn Bhd for allegedly helping the company to secure the project.

The trial for Rosmah and Rizal's cases is scheduled to begin on Feb 3 while Rosmah's money-laundering trial will start on May 11.

Rosmah was not present in court today.