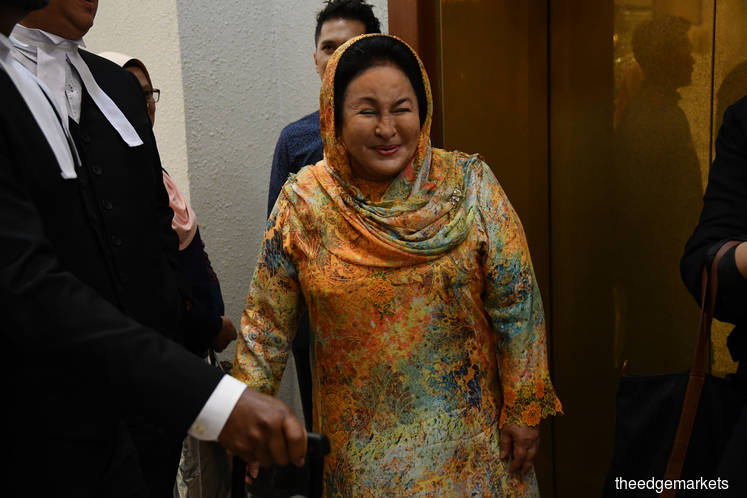 KUALA LUMPUR (July 25): Datin Seri Rosmah Mansor has withdrawn her stay application against a notice asking her to declare all her assets ahead of her money laundering trial next year.

Recall that in November 2018, the prosecution filed a notice of motion under Sections 49(1)(a) and 49(3) of the Anti-Money Laundering, Anti-Terrorism Financing and Proceeds of Unlawful Activities Act 2001, which compels Rosmah to reveal her movable and immovable assets from 2009 to 2017 before her trial commences.

On May 24, Rosmah appealed against the High Court decision to dismiss her initial application to set aside the asset declaration notice. She, however, withdrew the appeal from the Court of Appeal earlier this week on July 23 as she had complied with the notice on July 8, thus turning the appeal academic.

The former prime minister's wife was first slapped with 17 charges over some RM7.1 million allegedly transferred into her personal bank account between 2013 and 2017, on Oct 14 last year.

She was accused of participating in the laundering of RM1 million, committing money-laundering offences involving RM6.09 million, and for failing to declare assets — bank deposits — in 2013-2017.

The charges were filed under the Anti-Money Laundering, Anti-Terrorism Financing and Proceeds of Unlawful Activities Act, as well as Section 77(1) of Income Tax Act 1967.