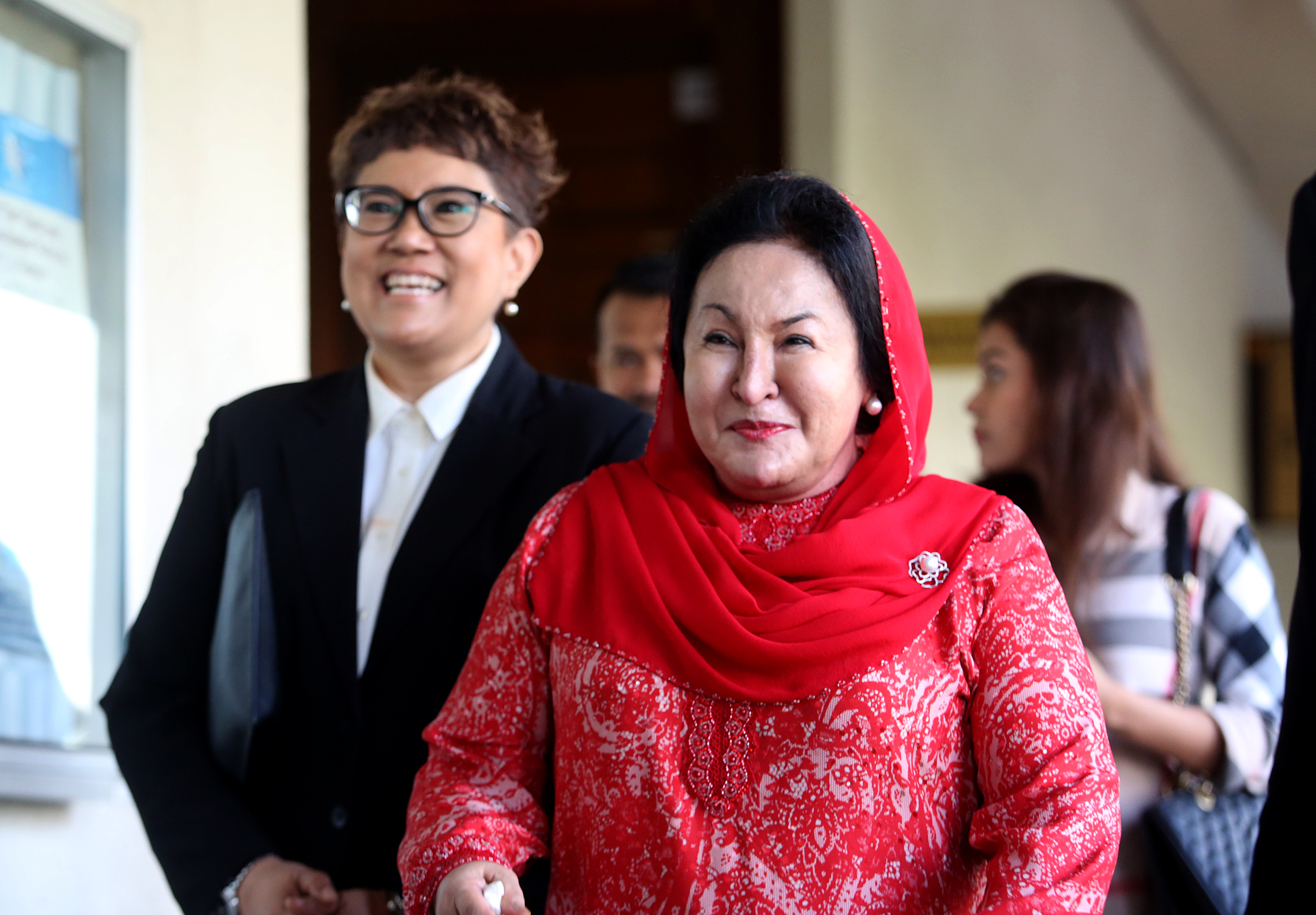 Her lawyer Datuk Akberdin Abdul Kadir had earlier made an oral application for Rosmah to be exempted from attending the court proceedings on that day.

Akberdin said the case management on July 24 is merely a matter of internal formality and thus, the defence had requested for Rosmah to be given an exemption from attending the next case management.

Sessions Court Judge Azura Alwi, however, said she might only consider to exempt Rosmah’s attendance for exchange of documents between prosecutors and lawyers, but not when it involves the transfer of case officially if the prosecution is successful in its application.

Following this, Judge Azura ordered both parties to be present at her court on the same day, to update her on the High Court’s ruling in relation to the prosecution’s application.

Azura said Rosmah, however, was allowed to excuse herself on that day as the court merely needs the prosecutors and lawyers to be present.

The prosecution made the transfer application on the basis that the first bribery charge faced by Rosmah over the same solar project had been transferred to the High Court.

On Nov 15 last year, Rosmah, 67, pleaded not guilty in the Sessions Court here to two counts of receiving bribes, totaling RM1.5 million, in the implementation of the project to supply and install solar energy at 369 rural schools in Sarawak two years ago.

The case was then allowed to be transferred to the High Court on March 15.

However, the prosecution amended the charge sheet by changing the locality of the alleged crime from her Taman Duta residence to the official residence of the prime minister in Seri Perdana, Putrajaya, when the case was called for mention on May 10.

The charge, under Section 16(a)(A) of the MACC Act 2009, provides for a maximum jail term of 20 years and fine of not less than five times the amount of the gratification of RM10,000, whichever is higher, upon conviction.