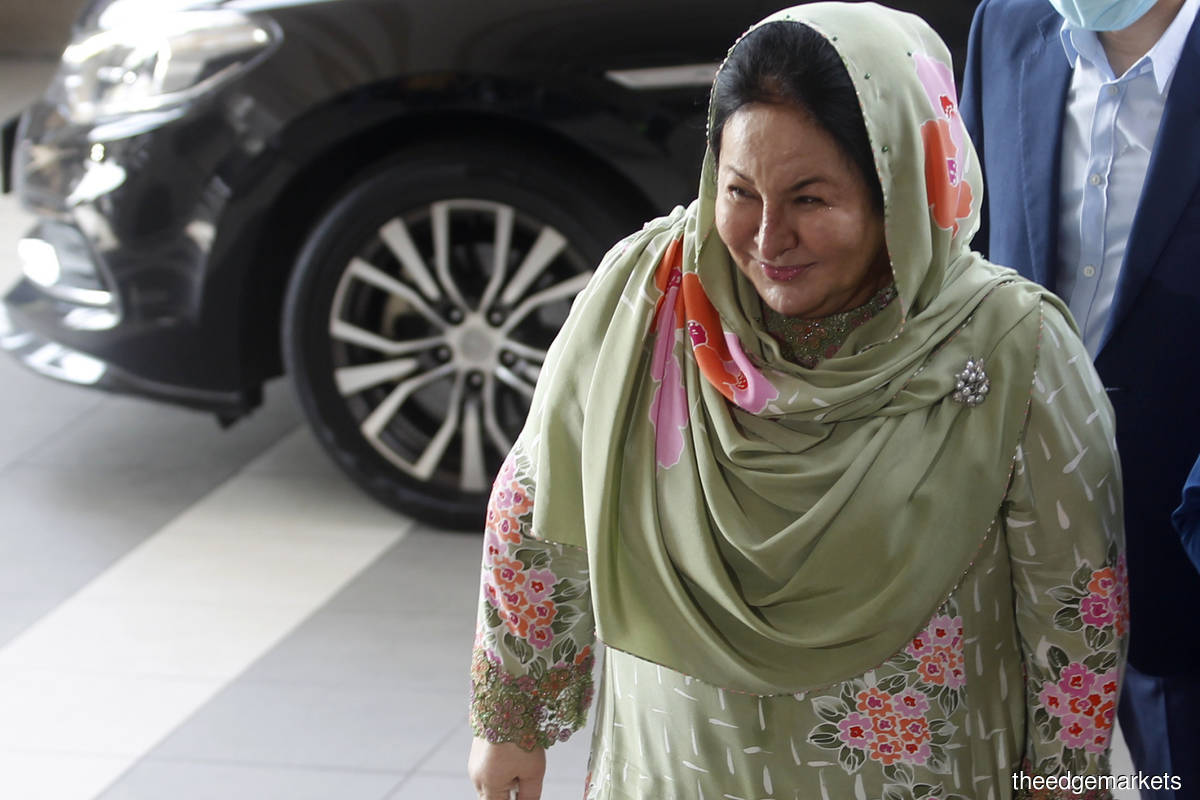 KUALA LUMPUR (Sept 9): Datin Seri Rosmah Mansor wanted up to 17% of Jepak Holdings Sdn Bhd’s RM1.25 billion solar hybrid project — awarded by the Ministry of Education to the company in 2016 — for the reason that she needed it for "big political spending".

Jepak initially offered to give her 10% of the total value as a political contribution in exchange for her help to secure the government project. However, Rosmah asked to increase it to 15%, or RM187.5 million, as she required a lot of funds to support political spending of Umno, the party headed at the time by her husband and former prime minister Datuk Seri Najib Razak.

This was revealed to the High Court by Datuk Rizal Mansor, who took the stand as the prosecution’s 21st witness in Rosmah’s graft trial today.

Rizal, 46, held the position of an assistant officer with special functions in a special department set up called the "First Lady of Malaysia" from May 2009 to May 2018. His role involved assisting Rosmah in her daily activities as well as taking care of media relations involving her work as the wife of the then prime minister.

“The political situation at that time required a lot of money and I saw Datin Seri Rosmah spend a lot on personal and political affairs, such as paying bloggers and cybertroopers, to defend her image and reputation,” the witness testified.

For example, Rizal said, Rosmah asked him to form a team of cybertroopers to fend off any accusations made about her online, and allocated RM100,000 a month to finance the team.

To ensure Jepak could pay for the political contribution, Rosmah suggested for a consultancy agreement to be drafted, and asked Rizal to bring Jepak managing director Saidi Abang Samsudin to meet with businessman Tan Sri Desmond Lim to discuss the formalities.

Lim recommended for a consultant by the name of Lawrence Tee to assist Jepak, and an agreement between Jepak and one offshore company in Taiwan was created.

According to Rizal, Rosmah reminded him numerous times to ensure the agreement was done, so that Jepak would be bounded to pay the political contribution as promised.

“Datin Seri Rosmah was concerned that Jepak would not be able to fulfil its promise after getting the contract from the Ministry of Education. She said something along the lines of ‘They haven’t even gotten the contract and already promised a lot; it could go differently if they did get it’,” the witness said.

However, Rizal felt it was too high, and relayed this to Rosmah, explaining that it could adversely affect Jepak’s profits, the witness said.

“At that point, she just kept quiet and did not give any feedback. However, a few days later, she told me that she agreed with my opinion,” the witness added.

The agreement between Jepak and Rosmah was maintained at 15%, which would be paid progressively over five years, which were the duration of the project contract.

Meanwhile, the witness also testified that Jepak’s Saidi offered RM20 million to him in exchange for his help in assisting the company. However, Rizal asked Saidi to increase the amount to RM25 million — for him to be paid RM5 million each year for five years.

The case continues on Monday before Justice Mohamed Zaini Mazlan.

Read also:
Rizal says his testimony against former boss Rosmah is nothing but the truth
Rosmah spent RM100,000 a month on cybertroopers to defend reputation — ex-aide
Rosmah’s ex-aide testifies to her influence in govt, 'fearsome' FLOM division