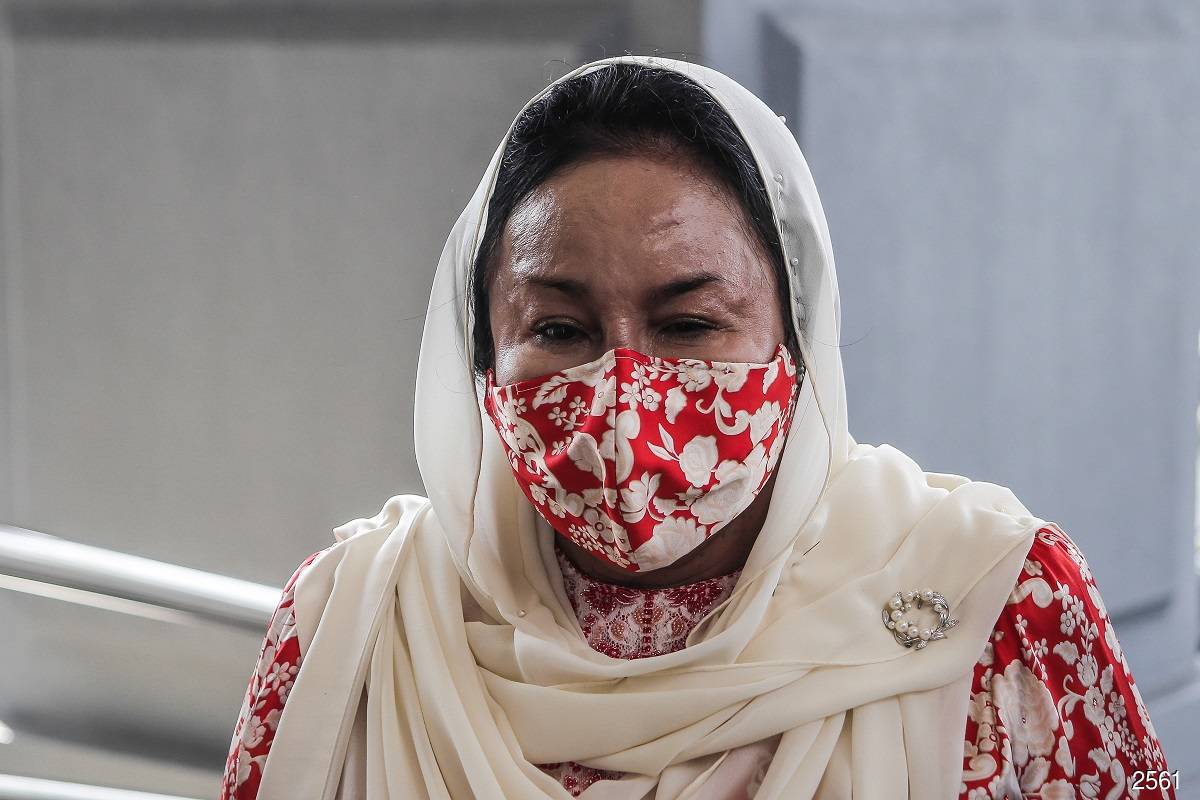 KUALA LUMPUR (Jan 12): The High Court was told on Wednesday (Jan 12) that Datin Seri Rosmah Mansor has filed another application to recuse Justice Mohamed Zaini Mazlan from presiding over her money laundering and income tax trial.

The application was filed by her lawyers at 5pm on Tuesday. This is besides Rosmah's stay application of the hearing following her earlier appeal to remove Justice Zaini from handling this trial.

Senior Deputy Public Prosecutor (DPP) Datuk Seri Gopal Sri Ram informed the court that the prosecution will be objecting to both applications on Wednesday.

Sri Ram also informed the court that there are amendments to five of her 17 money laundering and tax evasion charges, and that they would have to be read to her before the trial proceeds.

Justice Zaini had, on Dec 14 last year, dismissed Rosmah's application for him to recuse himself from presiding over her trial, saying the application was premature, and ordered her trial to proceed on Jan 12.

Following the fiat shown, Justice Zaini wanted to hear the recusal and stay application first, but counsels Geethan and Firoz Hussein objected to Sri Ram making submissions in both applications. Geethan argued that Sri Ram's fiat does not show the latter has the authority to prosecute Rosmah in her money laundering and tax case.

Sri Ram told the court that the fiat was given to him by the Attorney-General under Section 376 and 379 of the Criminal Procedure Code (CPC), and that being a senior DPP, that includes him being able to prosecute on other cases.

Prior to this, on Dec 14 last year when Justice Zaini had dismissed the first recusal application, Sri Ram had asked Geethan whether he was challenging the former senior judge's fiat to prosecute, and the lawyer had replied no at the time.

As the judge was continuing to let Sri Ram make submissions, Firoz Hussein told the court that it should take matters one thing at a time and that the question of Sri Ram's fiat should be dealt with first, before the hearing of the two applications for recusal and stay.

“Why don't [this court] give us the time to file a proper application against the fiat as we obtained it today. Hopefully, this court could see this in a fresh mind. Then, we take up the issue. We cannot sacrifice justice at the altar of convenience,” he added.

Justice Zaini then asked the defence how long would it take to file an application, and Firoz Hussein said several days, to which the judge said he was inclined to hear the application next week.

Sri Ram, in reply, told the court that the application to question his fiat or appointment is an abuse of the court process.

He further pointed to Section 379 of the CPC that gives him an encompassing power to prosecute cases deemed fit by the Attorney-General (Tan Sri Idrus Harun).

“This follows that his Lordship (Justice Zaini) has already decided on the issue [of the fiat previously in the solar hybrid case] when this court dismissed the [same] application [previously]. This involves the same accused and on the same ground.

“Therefore, we (the prosecution) say it is an abuse of the court process. Furthermore, this issue (fiat) has been affirmed on her appeal at the Court of Appeal (Dec 6),” Sri Ram added.

As Justice Zaini asked whether the defence intends to appeal that Dec 6 decision, Sri Ram said yes and that March 24 had been fixed for hearing of the matter at the Federal Court.

To this, Firoz Hussein asked Justice Zaini to let the apex court deal with the matter in its entirety as it is already on appeal there.

Justice Zaini then asked how this could change his decision as he had previously decided to accept Sri Ram's fiat. Firoz Hussein replied that this court should take the view that it did not make the decision in this court (for her money laundering and tax case).

“This court cannot be importing the decision on the solar hybrid case to this money laundering case. She (Rosmah) is entitled to her day in court,” Firoz Hussein responded.

Subsequently, Justice Zaini asked the defence to submit their application to challenge Sri Ram's fiat as soon as possible and fixed Jan 24 to hear the application.

“The order of things on that day (Jan 24) is that I will hear the fiat first. If it is dismissed, be prepared that I would hear the recusal and stay application,” the judge added.

Rosmah has claimed trial to 17 money laundering charges involving some RM7.1 million allegedly transferred into her personal bank account between 2013 and 2017. The 17 charges are framed under the Anti-Money Laundering and Anti-Terrorism Financing Act 2001 and the Anti-Money Laundering, Anti-Terrorism Financing and Proceeds of Unlawful Activities Act 2001.

Under the first eight charges, she is accused of being involved in money laundering by directly engaging in a transaction involving proceeds of unlawful activities amounting to RM1.1 million, which was deposited into her account.

For the ninth to the 12th charges, Rosmah is alleged to have directly engaged in 227 transactions involving proceeds of unlawful activities totalling RM6 million that was deposited into the same account.

On the 13th to 17th counts, Rosmah is accused of engaging in money laundering by failing to file a return on the sum that was deposited into her account, as required under the Income Tax Act 1967.