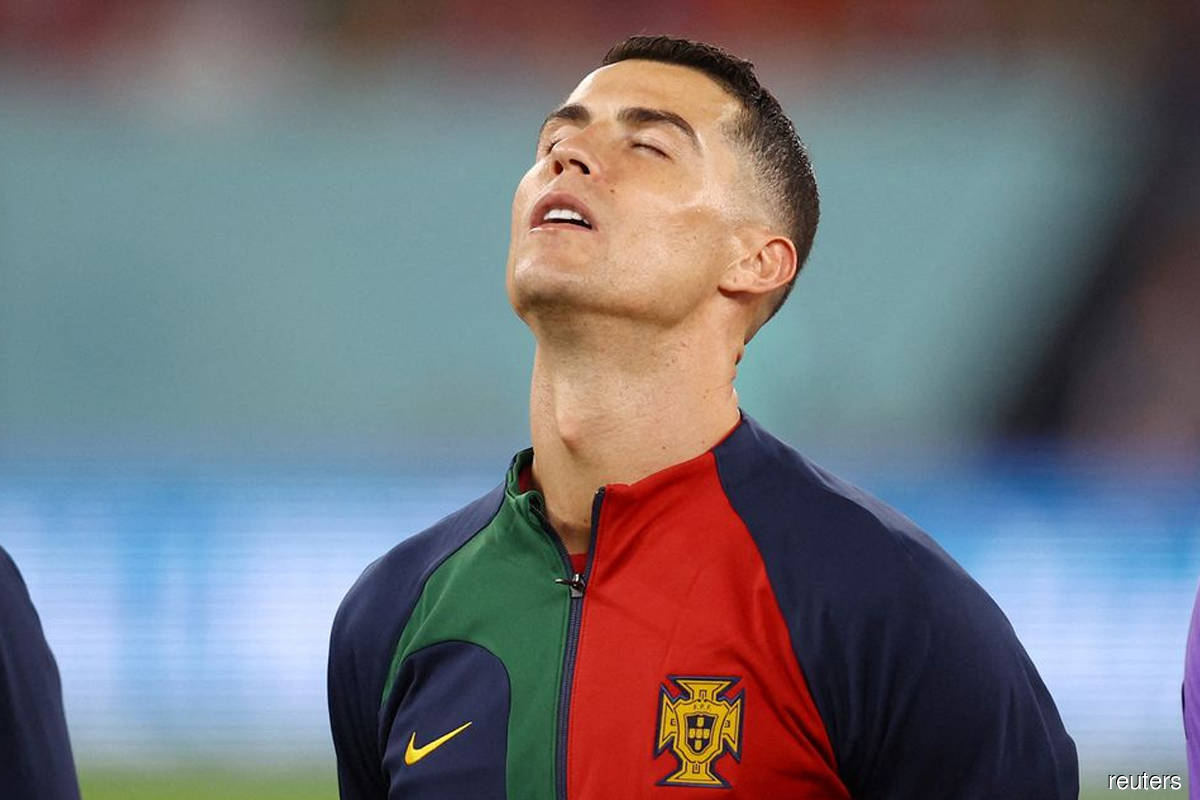 DOHA (Nov 25): Cristiano Ronaldo said he was living a "beautiful moment" after becoming the first player to score in five men's World Cups as he helped Portugal to a 3-2 victory over Ghana on Thursday at the start of their campaign in Qatar.

"It's a beautiful moment in my fifth World Cup," Ronaldo told reporters. "We won. We started on a good foot. It's a very important win. We know in these competitions the first match is fundamental.

"It's another record too," he said. "That makes me very proud. I am very happy for the team to have put on excellent performance. It was difficult but we deserved to win."

Asked about his acrimonious departure from Manchester United this week, Ronaldo said the only thing that counted was Portugal's win. "All the rest, it doesn't matter," he added.

Portugal coach Fernando Santos hailed his 37 year-old captain who won a second-half penalty and converted it himself to open the scoring against Ghana.

"I think Cristiano is a phenomenon, a legend," Santos told reporters. "In 50 years time, we will still be talking about him."

Ronaldo was substituted in the 88th minute to a rousing reception around Stadium 974 in Doha at the start of what is likely to be his last World Cup.

Santos rebuffed suggestions by his Ghanaian opposite number Otto Addo that the penalty decision was incorrect - given for a shove by defender Mohammed Salisu - and should have been reviewed by U.S. referee Ismail Elfath via the VAR system.

Santos, in charge of Portugal since 2014 and who led them to the 2016 European Championship title, said the game had its "highs and lows" for Portugal and he was unhappy about conceding two goals.

"Now we have to look and see what happened with the players and respond to it," he said.

Portugal, who top Group H, face Uruguay - who drew 0-0 with South Korea on Thursday - in their next match on Monday.