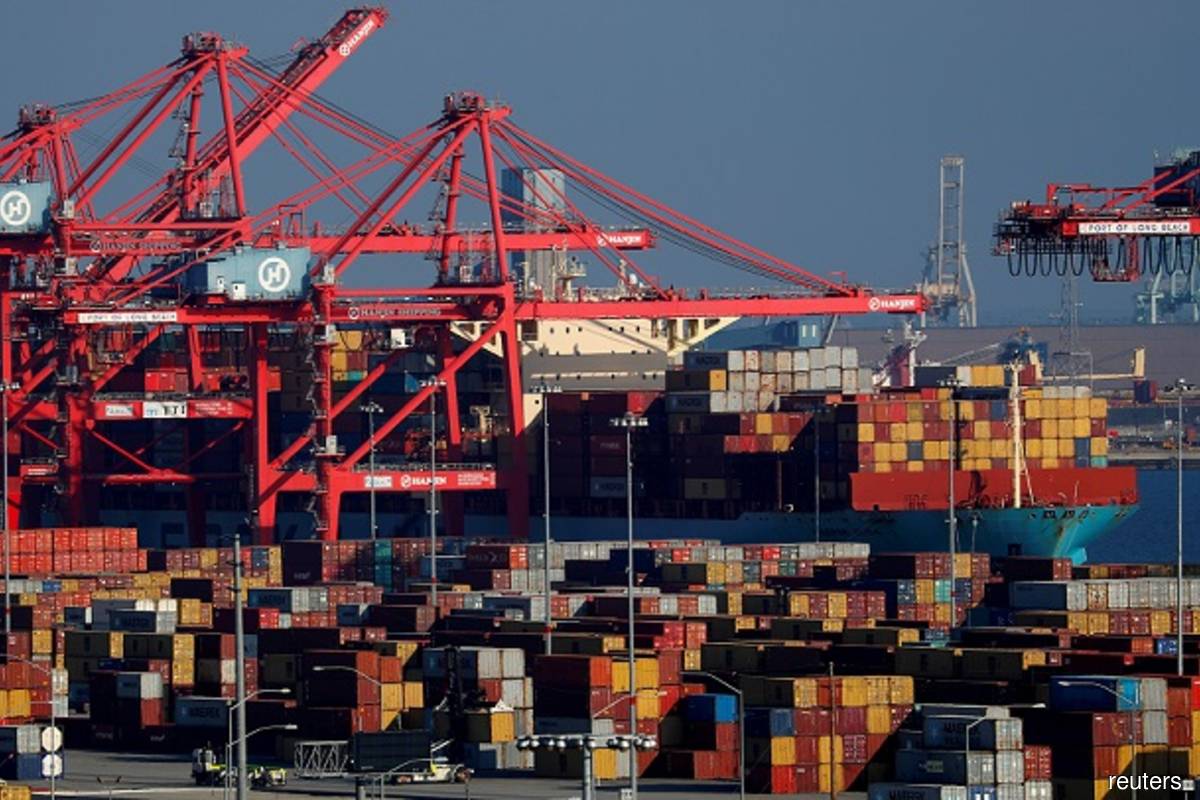 WASHINGTON (May 4): The US trade deficit jumped to a record high in March amid roaring domestic demand, which is drawing in imports, and the gap could widen further as the nation's economic activity rebounds faster than its global rivals.

Manufacturers lack the capacity to satisfy the surge in demand because of resource constraints and bottlenecks in the supply chain. Inventories are very lean. Demand is being driven by a rapidly improving public health situation and massive government aid to households and businesses to cushion the blow from the Covid-19 pandemic.

"The widening of the trade gap will likely be a persistent feature of the economy this year, as domestic demand outstrips the US economy's productive capacity," said Conrad DeQuadros, senior economic advisor at Brean Capital in New York.

The trade deficit increased 5.6% to an all-time high of US$74.4 billion in March, the Commerce Department said on Tuesday. The trade gap was in line with economists' expectations.

Imports soared 6.3% to a historic US$274.5 billion in March. Goods imports shot up 7.0% to US$234.4 billion, also an all-time high. Imports of consumer goods were the highest on record, as were those for food and capital goods.

The government has provided nearly US$6 trillion in pandemic relief over the past year. Americans over the age of 16 years are now eligible to receive the Covid-19 vaccine. Demand during the pandemic shifted to goods from services, with Americans cooped up at home. The economic boom is also being boosted by the Federal Reserve's ultra-easy monetary policy stance.

Stocks on Wall Street were trading lower. The dollar rose versus a basket of currencies. US Treasury prices were higher.

The bulk of imports in March came from China, boosting the politically-sensitive goods trade deficit with Beijing to US$27.69 billion, from US$24.62 billion in February, reversing a tariffs-driven improvement during the Trump administration.

"The widening in the trade balance with China over the last few months has erased the tightening that occurred over 2019, as a result of tariffs," said Veronica Clark, an economist at Citigroup in New York.

Imports from Mexico hit a record high in March, as did those from South Korea.

Exports accelerated in March, but continued to lag the growth in imports. Exports surged 6.6% to US$200.0 billion. Exports of goods vaulted 8.9% to US$142.9 billion.

They were led by industrial supplies and materials and capital and consumer goods. The pandemic remained a drag on trade services, especially travel. At $17.1 billion in March, the services surplus was the smallest since August 2012.

Exports are expected to pick up later this year as global economic growth gains steam, allowing foreigners to buy more American goods. The resumption of international travel and in-person learning at US universities in the fall is likely to result in an improvement in services trade.

"As vaccinations gain more momentum abroad and the global recovery gains pace, trade should begin to normalize," said Jay Bryson, chief economist at Wells Fargo in Charlotte, North Carolina. "Export growth should begin to rival import growth, which will remain supported by a surge in domestic consumer and business demand."

Robust demand is boosting manufacturing. A separate report from the Commerce Department on Tuesday showed factory orders increased 1.1% in March, after falling 0.5% in February. Business spending on equipment was also stronger than initially thought.

Despite the widening of the trade deficit, the economy grew at a 6.4% annualised rate in the first quarter, the second-fastest gross domestic product growth pace since the third quarter of 2003, fueled by pent-up domestic demand. That followed a 4.3% growth pace in the fourth quarter.

Most economists expect double-digit GDP growth this quarter, which would position the economy to achieve growth of at least 7% in 2021, which would be the fastest since 1984. The economy contracted 3.5% in 2020, its worst performance in 74 years.

"The US economy is poised to re-emerge from the pandemic early and forcefully, thanks to a swift vaccination campaign," said Evan Karson, an economist at Moody's Analytics in West Chester, Pennsylvania.