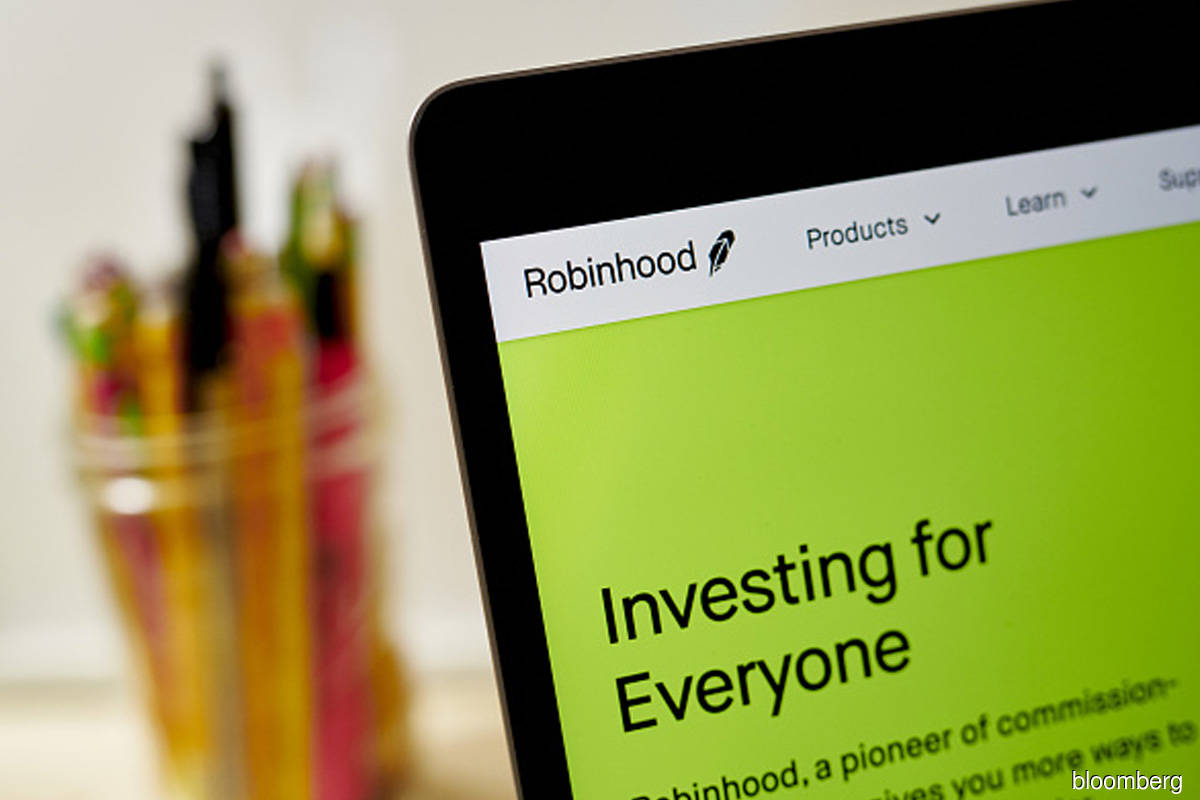 (July 29): Robinhood Markets Inc. priced its initial public offering at the low end of a marketed range to raise US$2.1 billion in a muted showing for one of the year’s most highly anticipated listings.

The trading app company and some of its investors sold 55 million shares Wednesday for US$38 each, according to a statement. Shares of the company at the center of this year’s meme stock frenzy had been offered for US$38 to US$42 each.

The company has a market value at the IPO price of just under US$32 billion based on the outstanding shares listed in its filings. Accounting for employee stock options and similar holdings, Robinhood’s fully diluted value would be closer to US$33 billion. That compares of a diluted valuation of more than US$36 billion that it would have had at the top end of its price range.

The price indicates investors weren’t clamoring to buy Robinhood’s stock the way they had with some of the year’s hottest offerings. Still, a lower price in the IPO could allow more room for the “first-day pop” craved by investors when the stock begins trading Thursday.

Goldman Sachs Group Inc. and JPMorgan Chase & Co. are leading the IPO. The shares set to trade on the Nasdaq Stock Market under the symbol HOOD.

The IPO is the seventh-biggest on a U.S. exchange this year. Listings since Jan. 1 have already reached an all-time record with 688 companies raising a combined total of more than US$228 billion, according to data compiled by Bloomberg.

As a publicly traded brokerage, Robinhood will join the ranks of Coinbase Global Inc., a cryptocurrency trading platform that debuted this year and is currently worth US$50 billion, and industry heavyweight Charles Schwab Corp., which bought competitor TD Ameritrade last year and has a market value of US$128 billion.

Robinhood’s co-founders, Chief Executive Officer Vlad Tenev and Chief Creative Officer Baiju Bhatt, will together control most of the shareholder voting power in the company, according to its filings with the U.S. Securities and Exchange Commission.

The company’s top shareholders are venture firms DST Global, Index Ventures, New Enterprise Associates and Ribbit Capital. Each group owns more than 5% of its stock leading into the offering.

Salesforce Ventures, the investment arm of Salesforce.com Inc., had expressed interest in purchasing up to US$150 million of the shares at the IPO price, according to Robinhood’s filings.

Robinhood caught on during the coronavirus pandemic as homebound young people turned to online trading to pass the time and make money. Its monthly active users have more than doubled in the past year, with 17.7 million as of the first quarter, up from 8.6 million in the same period in 2020.

The Menlo Park, California-based company had said it would reserve 20% to 35% of its Class A shares for its customers.

Robinhood’s increased popularity has led to scrutiny from politicians and regulators, who are focused on the so-called gamification of trading and its role in the meme-stock phenomenon. At the height of the volatile late January frenzy over stocks like GameStop Corp., the company had to raise billions of dollars from its backers.

It disclosed its financials for the first time in its July 1 public filing, which showed the company generated net income of US$7.45 million on net revenue of US$959 million in 2020, compared with a loss of US$107 million on US$278 million the previous year.