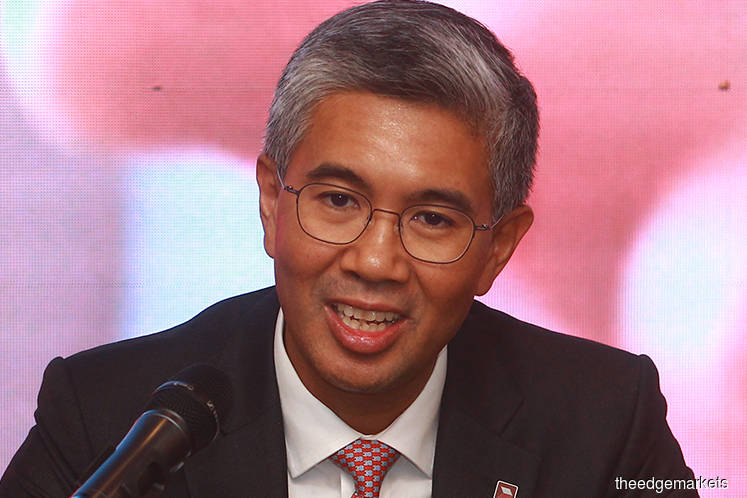 The amount was an increase from RM1.5 billion extended to 3,363 SMEs until April 26.

He said the majority of the amount came from the Special Relief Facility (SRF) where SMEs could apply for up to RM1 million in financing at a 3.5% interest rate, of which 80% of the total funding is guaranteed.

"The response to this facility has been very encouraging and I hope it will be utilised to the fullest," he said when presenting the Unit for the Implementation and Coordination of National Agencies on the Prihatin Rakyat Economic Stimulus Package’s (Laksana) fourth report today.

Tengku Zafrul said for the Micro-Credit Loan Scheme, as of April 29, 2020, of the RM700 million micro-credit loans offered at zero per cent interest rate by Bank Simpanan Nasional (BSN) and TEKUN Nasional, RM132 million had been approved.

As for the Wage Subsidy programme, as of May 3, a total of RM1.9 billion of wage subsidies have been approved for the benefit of 235,000 employers involving 1.7 million workers.

This is an increase from 195,000 employers involving 1.5 million workers in last week's report.

For the Employment Retention Programme (ERP) under the Social Security Organisation (SOCSO), the government has agreed to increase the allocation by RM120 million to double the amount to RM240 million.

The programme is aimed at providing a financial aid of RM600 a month for six months to workers on unpaid leave. The ERP was approved on March 16 by the Economic Action Council, with an allocation of RM120 million.

Until the end of April, the financial aid had been approved for more than 52,000 employees.