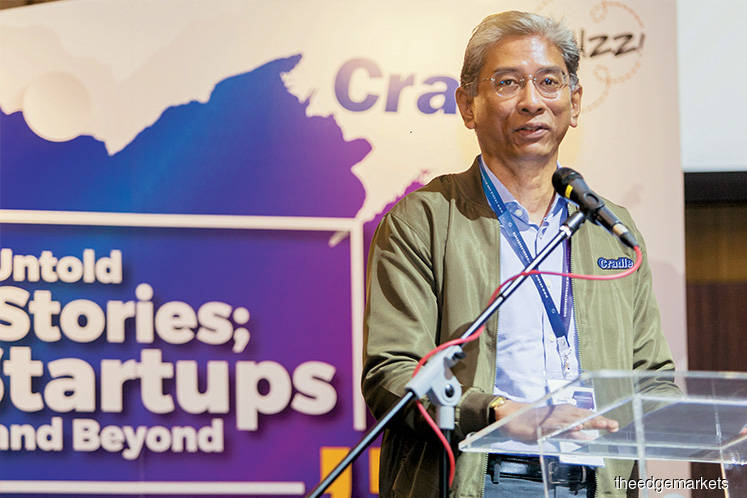 KUALA LUMPUR: About RM1.3 billion in private and foreign funds were channelled into the start-up ecosystem over eight years, from 2008 to 2016, said Cradle Fund Sdn Bhd.

The ecosystem created about 80,600 full-time jobs and contributed RM3.4 billion to the gross domestic product of the nation over the period.

These are just some snippets of a new study on the company’s grant programmes in conjunction with its 15th anniversary, with more to be revealed over the next few weeks, its acting group chief executive officer Razif Abdul Aziz said at the Cradle Buzz 2018 conference yesterday.

“To mark this 15-year milestone (Cradle’s 15th anniversary), and in large part driven by one question that has been playing in our minds over the years which is ‘what has been Cradle’s impact on the ecosystem over the years’, we commissioned HELP University to conduct a study with the data we have on our grant programmes covering the 2008-2016 period to find out just that,” Razif said in his opening speech.

Cradle is Malaysia’s early-stage start-up influencer, incorporated under the finance ministry in 2003 with a mandate to fund potential and high-calibre tech start-ups through its Cradle Investment Programme (CIP).

Razif said entrepreneurs are an essential part of a growing economy and those who harness technology stand to create more value. He added that innovation is the future and will be a key driver of Malaysia’s economic growth.

He added that Cradle needs to evolve along with the start-up ecosystem, which has been doing just that over the years.

“Along the way, we have added an equity investment programme (DEQ800) in which we invest directly or co-invest with a panel of 36 other like-minded venture capitalists, providing more funding opportunities to start-ups, but more critically, drawing private funds into the space,” he said.

He added that to date, Cradle has funded over 800 technology-based start-ups and has been a constant companion and champion of the start-up ecosystem.