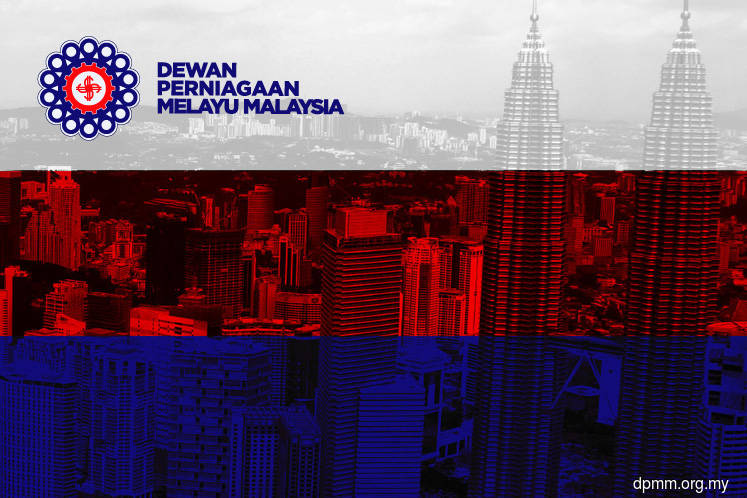 KUALA LUMPUR (July 1): Rizal Faris Mohideen Abdul Kader says he remains as the president of the Malay Chamber of Commerce Malaysia (DPMM), after the unanimous backing he received from delegates at the chamber’s annual general meeting over the weekend.

Rizal said all 83 delegates present at the AGM had agreed to retain him as the president, while Don Nazwim Don Najib was voted in as the deputy president. Din Nazwim was previously the secretary general.

The meeting also agreed with the decision to expel the rival faction led by Datuk Seri Syed Hussein Alhabshee and 17 other former members from the chamber, for allegedly violating its constitution.

Rizal said one of the clauses in DPMM’s constitution stated members who bring any matter of the organisation to court to settle a dispute, will lose their membership.

“We have confirmed this with the Registrar of Societies (RoS) when we had our AGM last year, whether this clause can be accurately used in this context,” Rizal said in a press briefing today.

To recap, Rizal was embroiled in a tussle with DPMM's office bearers over not holding its AGM within the stipulated time, which resulted in a court action being filed in the High Court by the rival faction to force Rizal, Don Nazwim and DPMM to hold an extraordinary general meeting (EGM).

The faction led by Syed Hussein claimed that a sum of RM5 million, which was supposed to be allocated to DPMM by the Prime Minister's Office before the 14th general election (GE14), during the premiership of Datuk Seri Najib Razak, was misappropriated and deposited into the account of Yayasan DPMM Pulau Pinang Bhd without approval from DPMM's executive council.

However, the suit has been withdrawn after Syed Hussein claimed he was named as president of DPMM in a separate AGM. The group has been ordered to pay RM8,000 costs to each of the two defendants, following the withdrawal.

On this, Rizal said Syed Hussein’s motivation to file the motion was on the basis of “power-grabbing”, instead of protecting the sanctity of the organisation.

“They should have proceeded with the court process until the case is settled. But after they had their “illegal” meeting and named Syed Hussein as the president, they decided to withdraw the case.”

“For the current leadership of the chamber, we consider this matter to be over, since the case has already been withdrawn [from the court]. There is nothing more to discuss,” Rizal added.

Besides addressing the leadership crisis, the meeting also set the direction of the chamber to play a role in resolving issues surrounding the National Higher Education Fund Corporation (PTPTN).

Among others, Rizal said DPMM will work together with the National Chamber of Commerce and Industry of Malaysia (NCCIM) and PTPN to provide several initiatives for PTPN borrowers to apply for jobs. This includes the development of a ‘job marketplace portal’ and ‘talent lab initiative’, as well as the development of MyJobs and MyCompass applications that will help PTPTN borrowers to secure jobs.

“The development of the MyJobs and MyCompass applications was due to the high demand of micro, and small and medium enterprises for labour, but lacked response from job applicants, especially among PTPTN borrowers. This can also help reduce unemployment among graduates,” Rizal said.