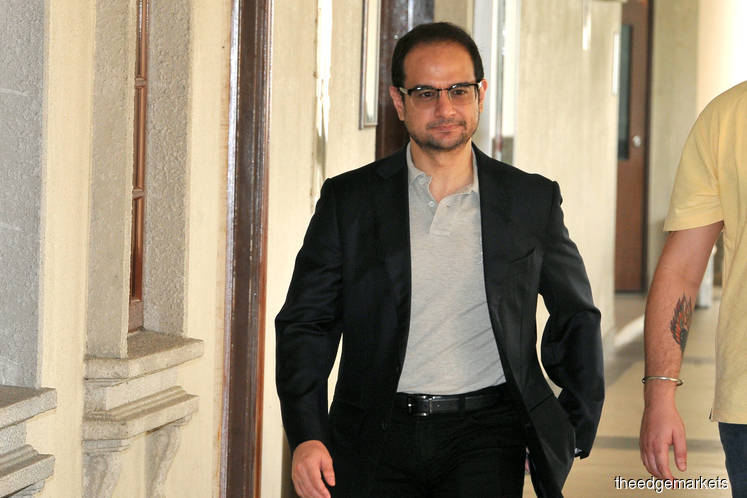 Riza's application to transfer his case involving the money laundering charges to the High Court was dismissed by Justice Mohd Nazlan Mohd Ghazali, who ruled that the Sessions Court is more than competent to handle Riza's case.

After hearing both parties, Justice Mohd Nazlan was of the view that it would not prejudice Riza should the case remain in the Sessions Court.

When delivering his oral judgment, the judge said Riza must show that the question of law is truly and exceptionally difficult in order to succeed under Section 417(1)(b) of Criminal Procedure Code (CPC).

This case concerns charges under Section 4(1) of the Anti-Money-Laundering and Anti-Terrorism Financing Act (AMLATFA) but charges under the same section are regularly tried at the Sessions Courts not just in Kuala Lumpur but also in other parts of the country, Justice Mohd Nazlan said.

"The Sessions Court judges are no less competent and in this case are very experienced to try the case against the applicant (Riza). They are able to deal with other possible complex issues concerning the Mutual Assistance in Criminal Matters Act 2002 (MACMA), Evidence Act 1950 and the Federal Constitution," the judge added.

He said there are no concerns about the principle of equality before the law since the real issue is the need to comply with the pre-requisites of Section 417 of the CPC which must be established first.

He further said the difference in the forum of the trial does not cause any prejudice to the applicant.

"It has not been shown how the trial in Sessions Court would not result in a fair and objective trial to the accused (Riza). This is based on the transfer application made under Section 417 (of CPC) that it would be expedient in the ends of justice is not sustainable because it is not expedient in the ends of justice if a transfer does not promote judicial efficiency and causes a delay in the commencement trials," he stressed.

Justice Mohd Nazlan added that the trial dates for this case had already been fixed by the Sessions Court.

For those reasons, the judge dismissed Riza's application to transfer his case to the High Court.

It was previously reported that Sessions Court judge Rozina Ayob had already fixed trial dates for the case — from Jan 6 to 14 next year.

Riza is accused of receiving the 1MDB-linked funds through the bank accounts of Hollywood production house Red Granite Productions Inc, which he co-founded and was itself charged in the US for misappropriating monies from the investment fund between April 12, 2011 and Nov 14, 2012.

The funds were transferred from the Swiss accounts of Good Star Ltd — linked to fugitive businessman Low Taek Jho, otherwise known as Jho Low — and Aabar Investment PJS Ltd to the accounts of Red Granite in the US and Singapore.

Each charge, filed under Section 4(1)(a) of the Anti-Money-Laundering and Anti-Terrorism Financing Act 2001, carries a punishment of maximum five years' jail and/or maximum RM5 million fine.

Besides Riza, Najib is also facing charges in relation to 1MDB, while the former premier's wife Datin Seri Rosmah Mansor had also been charged with receiving kickbacks for a solar hybrid project involving rural schools in Sarawak.

Riza's counsel Datuk Hariharan Tara Singh and Tan Sri Muhammad Shafee Abdullah had asked for the case be transferred as it involves complex issues, as other complex cases like the SRC International Sdn Bhd, 1MDB trial and other related cases had all been moved to the High Court.

The prosecution, led by former federal court judge Datuk Seri Gopal Sri Ram, however, objected and stressed that the Sessions Court judge, who has over 10 years of experience, is more than competent to handle the case.

This is a simple case where all the issues can be settled by the senior Sessions Court judge with ease, Sri Ram added.