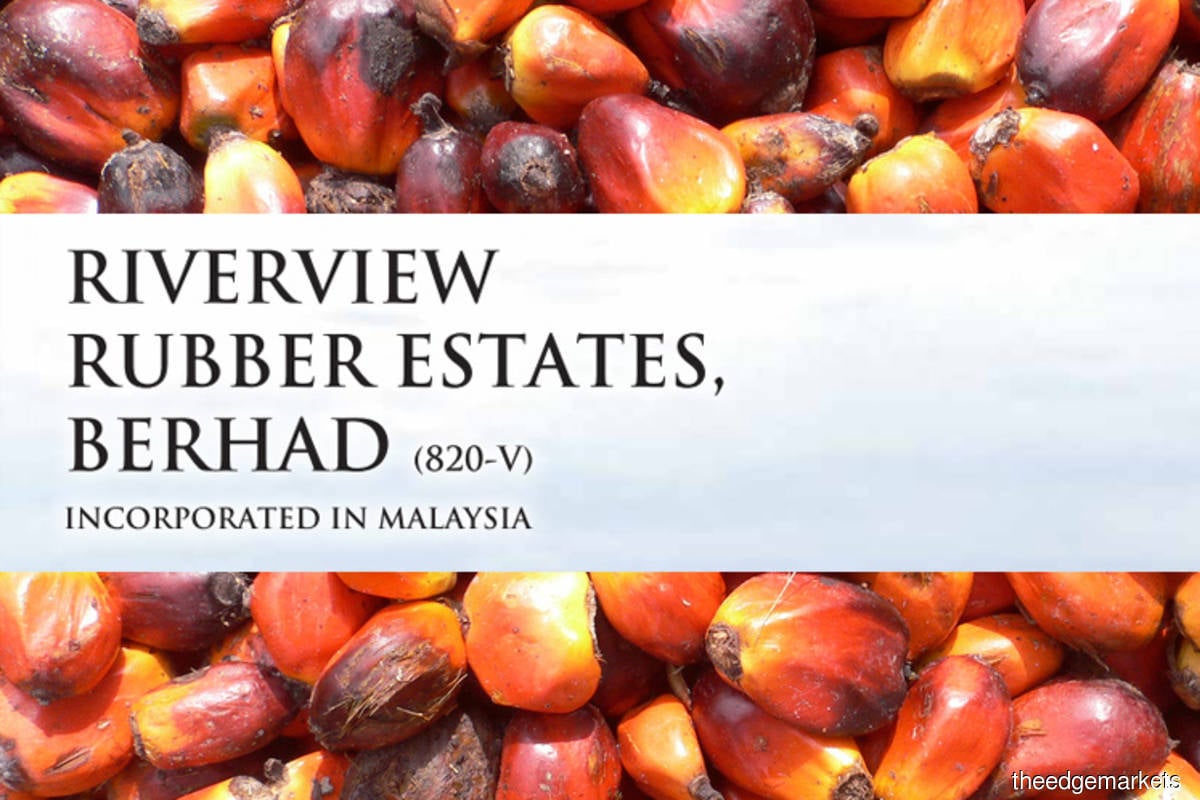 Riverview said the higher revenue and net profit were the result of higher selling prices for fresh fruit bunch (FFB) during the quarter.

On its prospects, the group said its plantation division was impacted by changes in FFB and crude palm oil prices.

"The Covid-19 pandemic may result in a change in the supply and demand of vegetable oils. The group has considered the impact of Covid-19 and the Movement Control Order on its operations and financials and is of the opinion that the operating results are expected to remain satisfactory and that the cash flow position is adequate to meet the group's requirements," it added.

Meanwhile, the group said its real estate segment is expected to perform at satisfactory levels.

Shares in Riverview were last traded at RM2.66, valuing the group at RM172.5 million.