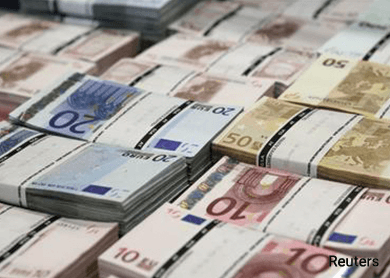 LONDON (Feb 20): The euro recovered some ground against the US dollar on Monday after weekend talks aimed at finding a leftist unity candidate for France's presidential election showed little sign of progress.

News that Socialist Benoit Hamon and hard-left rival Jean-Luc Melanchon were discussing cooperation in their bid for the presidency weakened the euro and supported the yen on Friday.

Investors believe such a tie-up could either backfire and propel far-right, anti-globalisation candidate Marine Le Pen into the Elysee palace or succeed and land France with a far-left president pursuing deficit-boosting economic policies.

But policy proposals outlined by Melanchon on Sunday underscored the gap he would have to bridge with Hamon to find a common platform for the April and May polls also helped boost the euro.

"If they did unite then any outcome would be a bad outcome from the market's point of view," said Richard Benson, co-head of portfolio investment with currency fund Millennium Global in London.

"It was what caused the risk-off move on Friday, although the interesting thing was it seemed to play out more on dollar-yen than the euro. In general the market does seem very nervous."

The common currency rose around 0.1% and 0.3% respectively against the US dollar and yen in early trade in Europe while the US dollar also rose 0.1% to 113.08 yen, having given back some of its overnight gains.

The start of 2017 on currency markets has been dominated by disappointment with US President Donald Trump's early fiscal and tax policies, turning back a reflation trade on the US dollar that had bet on swift moves to encourage repatriation of capital to the United States and boost spending.

Millennium's Benson said Trump's State of the Union speech in 10 days time might be crucial for those trades.

Trade on Monday will be cooled by the absence of US markets for the Presidents Day holiday.

The opening in Europe saw equity markets rise, pointing to a broadly more positive mood globally after a solid Asian session. That tends to benefit several of the major currencies at the expense of "safe havens" like the yen and Swiss franc.

"After last week's robust performance from the S&P index, Asian equities are modestly higher, commodity prices mostly knocking around at the higher end of ranges and in FX, that translates into a yield-hunting market," said Societe Generale analyst Kit Juckes. "The yen is the obvious loser."