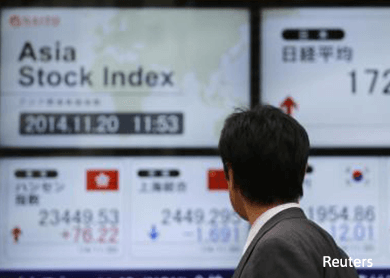 Indonesia will soon unveil a policy package aimed at propping up the fragile rupiah and helping an economy growing at its slowest pace in six years, senior government officials said on Thursday.

Stocks rose around the world on Thursday, following the biggest gains on Wall Street in four years, after a US Federal Reserve policymaker said the case for an interest rate increase next month "seems less compelling" than it was a few weeks ago.

Investors bought Thai consumer shares such as CP All on hopes about the government's measures expected in a month. The key SET index closed almost 3% higher.