The rise of China’s cashless innovations 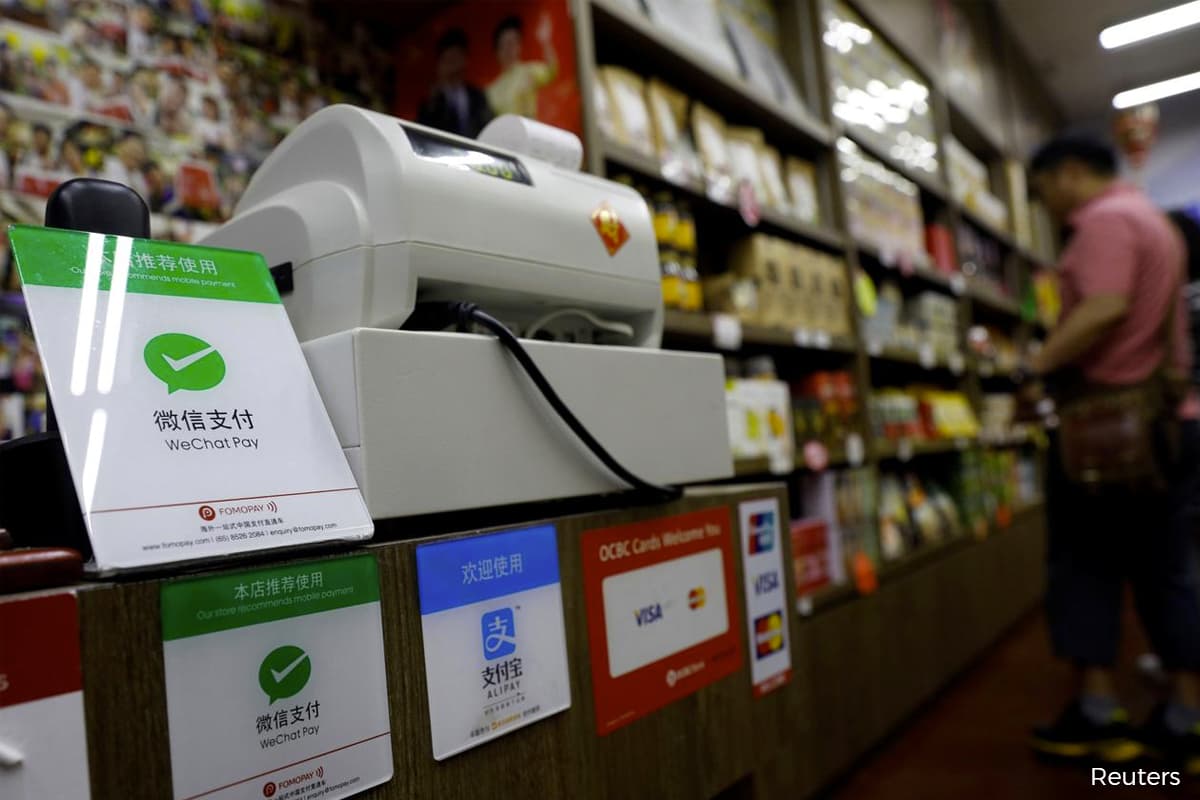 In the past decade, China has embraced a payment system based on smartphones and QR codes (two-dimensional bar codes), while the rest of the world has continued to transact with magnetic cards issued by banks. China’s payment system is built on digital wallets, QR codes and operations through major tech firms such as Alipay (owned by Ant Financial, an Alibaba affiliate) and WeChat Pay (owned by Tencent, China’s Facebook).

In the world’s most populous country, digital wallet transactions via QR codes are more common than credit/debit cards and cash, except in extremely rural areas. The former is how families give monetary gifts, how purchases are made — even by those in their sixties and seventies — and how beggars ask for and receive money.

A paper titled China’s digital payment revolution, published in July 2019 by the Brooking Institution, a non-profit organisation devoted to independent research and policy solutions, found that merchants in China were slow to adopt card readers — an important system for monetary transactions in most countries, including Malaysia.

Merchants did not take to the card system because they were reluctant to either absorb the costs or pass them on to customers. Furthermore, card readers require either a wired telephonic system or a wireless system to communicate and such technologies require a capital investment.

In contrast, the QR code/digital wallet system is still accessible by merchants who are not connected via phone or internet. Here, one party, which can be the customer, needs to be connected for the transaction. This is how beggars, who may not have smartphones, can use a QR code to accept donations from their benefactors.

Another reason that has propelled the use of digital wallets is the renminbi. The highest circulating note is the RMB100, which is a relatively low value note for what is the highest in circulation, compared with the US$100 bill and the ₣500 note. As a result, cash transactions, particularly for higher value goods and services, can be cumbersome.

According to news reports, as at end-2018, 83% of all transactions in China were mobile and this number is possibly higher this year. Alipay and WeChat Pay dominate with urbanites living in the largest cities using these as their primary payment method. Cash comes second while debit or credit cards are third.

The paper makes an interesting observation. China’s technology has shown that it is possible to move the payment system away from the banking industry. This may be viewed with abomination in developed countries globally, where the payment and banking system have been closely integrated for decades, even centuries.

By disintermediating the banking system, the Chinese payment system, which is unlikely to be replaced any time soon, is providing tech companies like Alipay and WeChat Pay with data that can be used to offer other financial products such as loans and investments.

The Chinese payment system makes it easy to continually keep funds in digital wallets. The ubiquity of acceptance, lack of fees and ease of commerce motivate consumers. The drawback is that the digital wallet on either platform is not interest-bearing. But this is being addressed through partnerships.

For example, Alipay has a partner that provides financial service applications such as interest-bearing accounts, money market funds, stock brokerage accounts and even lending facilities for small businesses.

Digital wallets used by Chinese travellers and consumers outside the country are a key factor behind the global spread of this payment method. Retail businesses that deal with large numbers of Chinese customers were probably among the first to adopt this payment mode and it is possible to find stores in Manhattan, Orlando, San Francisco and Las Vegas that accept Alipay and/or WeChat Pay.

Partnerships with conventional banks and international card network operators around the world have also helped the spread of these digital payment platforms. In South Africa, Vodacom group seeks to create a “super app” in partnership with Alipay to allow consumers, most without bank accounts, to shop online, send money and pay bills. In 2017, Hong Leong Bank Bhd entered into an agreement with Tenpay Payment Technology Co Ltd, a subsidiary of Tencent, to provide the WeChat Pay payment solution in Malaysia.

As at mid-2019, Alipay was said to be accepted in 55 countries while WeChat Pay was available in 49. As China’s payment system finds a foothold around the world, this non-bank payment platform will remain an alternative platform globally.

The report on China’s digital payment revolution finds that the prevalence of adoption, familiarity and sunk costs of the existing payment system serve as impediments to a large change in the banking payment platforms in developed countries such as the US, Europe, the UK, Japan, South Korea and Singapore.

Consider Singapore, a country known as a tech-innovation hub in the region. It has the lowest adoption rate of mobile wallets. According to the Mastercard Impact Study 2020, usage of mobile and digital wallets in Singapore was only at 26%.

Meanwhile, in the US, the credit card payment system, which provides substantial rewards to wealthier customers, will be hard for alternative lower-cost models to match. These factors suggest that while the Chinese payment system will be increasingly integrated into existing global payment systems, it is unlikely to supplant the bank-focused card-based system any time soon.