Ringgit slips to 4.1430 against US dollar at opening 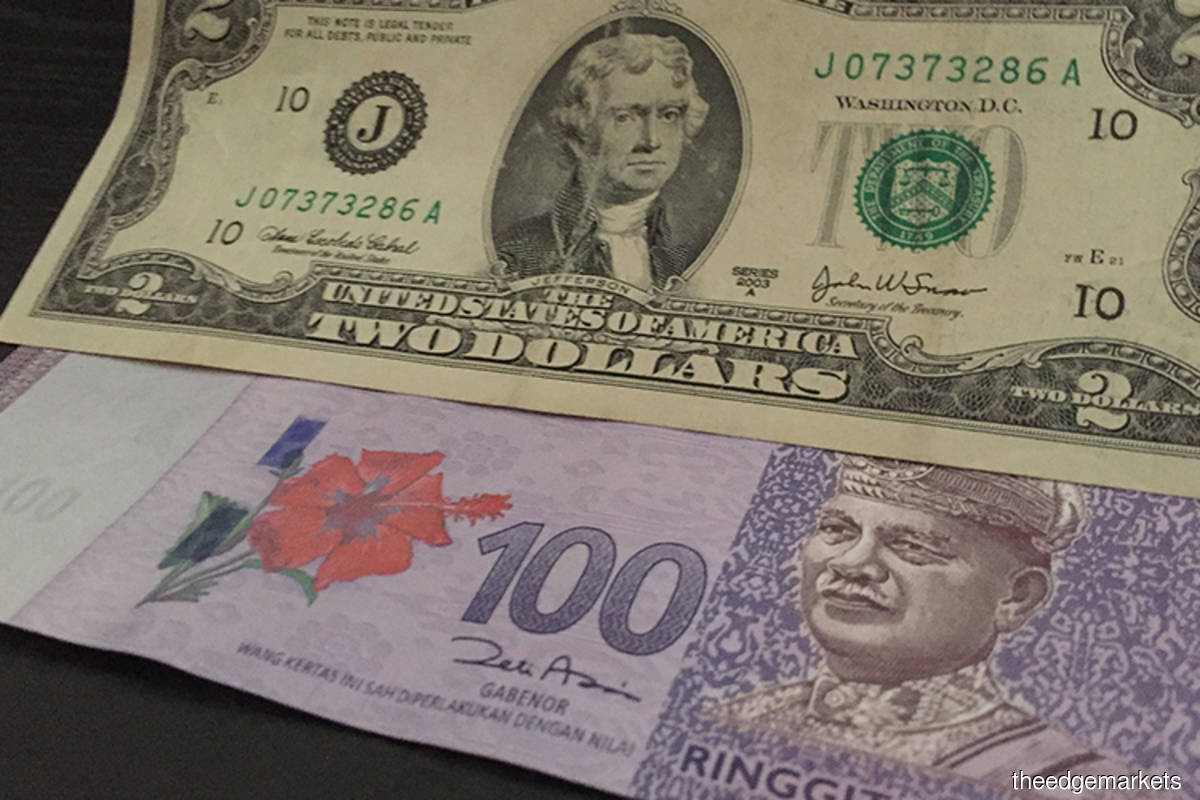 KUALA LUMPUR (June 21): The ringgit opened lower against the US dollar as the optimistic mood among investors towards the greenback continued to strengthen the currency Post the Federal Open Market Committee (FOMC) meeting last week.

Bank Islam Malaysia Bhd economist Adam Mohamed Rahim said the high possibility of a sooner-than-expected rate hike as hinted by the FOMC last week amid continuous improvement of the US economy exerted a downward pressure on the ringgit.

On another note, the overall pandemic situation in Malaysia appeared to be improving as seen by the utilisation rate of intensive care unit (ICU) beds, which had dropped to 94% as at June 15, 2021, compared with a record high of 108% on June 2, 2021.

“Moreover, the number of vaccination doses administered daily in the country remained above 150,000 doses per day for six consecutive days from last Monday to Saturday.

“This should act as a positive catalyst for the ringgit this week. As such, the local currency may trade in the range of RM4.14 to RM4.15 against the US dollar today,” he told Bernama.

At the opening, the ringgit was mixed against a basket of major currencies.