Ringgit slide to have minimal impact on construction costs 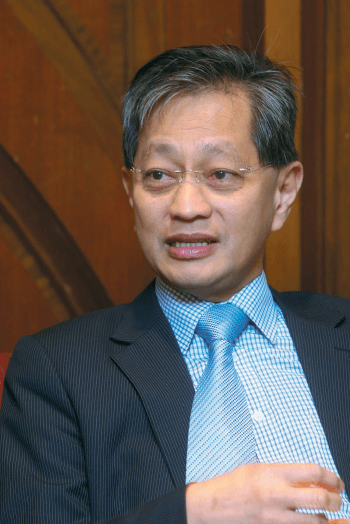 PUTRAJAYA: The depreciation of the ringgit against the US dollar will not have a huge impact on construction costs, said Construction Industry Development Board (CIDB) chief executive Datuk Seri Dr Judin Abd Karim (pic).

“Most of the materials are local. The ringgit will not have a lot of impact on the actual cost,” he told reporters yesterday on the sidelines of a seminar organised by CIDB.

He added that unless it is infrastructure projects which require contractors to import equipment and machinery, the ringgit’s slide against the greenback would have minimal impact on construction costs.

On whether falling oil prices would result in lower material costs and hence lower construction costs, Judin said the impact is still unclear.

Meanwhile, Judin foresees a boost in construction activities over the next few months when rebuilding work for the areas affected by the recent floods begins.

“There will be a lot of rebuilding work and repair to be done. Infrastructure like roads and bridges have to be repaired too,” he said, adding that the Public Works Department is working day and night to get the work done.

Judin said the recent floods also showed that Malaysia is not excluded from the impact of global climate change.

This shows the importance of sustainable infrastructure to ensure the future socio-economic prosperity of the country is achieved, he added.

CIDB is proposing the setting up of a centre of excellence (CoE) for sustainable infrastructure under the Second Construction Industry Master Plan, which is in the final stages of being drafted.

“The CoE will offer consultancy and advisory services to government agencies and industrial players,” Judin said, adding that the details of the CoE will be finalised within six months.