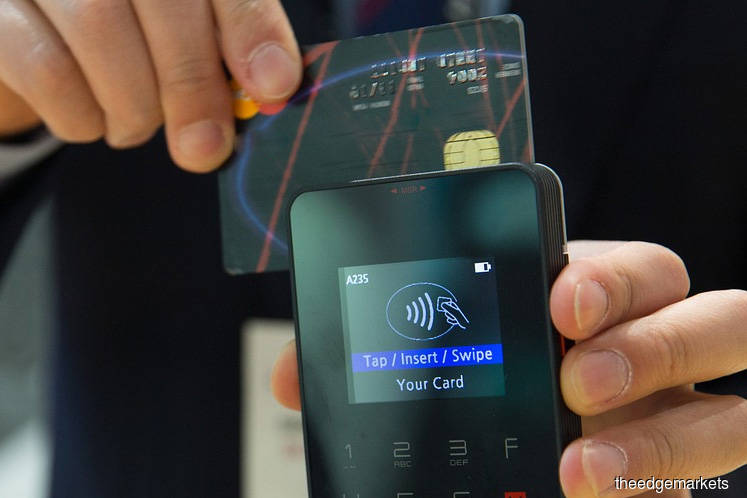 With the continued rise in technology and a budding ecosystem, Malaysia has never been at a more exciting moment in its fintech journey, Bank Negara observes.

“Secondly, in tandem with this maturing technological cycle, the capabilities, appetite and openness of various stakeholders in the industry to explore market leading ideas were steadily rising. Given these rapidly converging elements, Bank Negara identified a unique opportunity to bring together these key stakeholders in a serious conversation on the potential to reshape the future of finance in Malaysia,” says the central bank in a statement.

“A conference with the prominence and magnitude of MyFintech week will be the most all-encompassing conversation series that unites all stakeholders within our borders and beyond, serving to infuse and germinate the wealth of ideas from these stakeholders. For this precise reason — driving deeper dialogue — MyFintech Week features a host of targeted conversations: the Financial Industry Conference, aimed at traditional financial institutions; the Fintech Summit aimed at the local fintech community; Digital Leader Masterclasses aimed at decision makers; and many more,” the central bank says.

The rise of fintech has been fast-paced and more noticeable recently. Internet banking, one of the subsets of e-payments, continues to be on an upward trend, achieving a record penetration rate of 93% of the population as at March.

This rise in e-money transactions has kept pace with the rise in e-money issuers. From 17 non-bank e-money players in 2014, the number has more than doubled to 40 at present.

Although fintech allows for greater convenience and efficiency, it does have its fair share of issues, including the regulatory conundrum, the complexities of taxing the digital economy, cybersecurity and data privacy.

In Malaysia, cybersecurity breaches more than doubled from 2009 to 2017.

In 2017, there were 7,962 cases compared with 3,564 in 2009. A notable incident occurred in 2014, involving a major data breach of more than 46.2 million mobile phone subscribers, resulting in confidential personal information being compromised.

During the first four months of this year alone, there were 2,977 cybersecurity incidents involving fraud, intrusion and malicious code here, according to CyberSecurity Malaysia.

Cybersecurity breaches are not unique to Malaysia and pose a real risk globally as the world embraces technology.

In 2015, there was a cyberattack on Ukraine’s power grid and a year later, Bangladesh Bank’s SWIFT system experienced an attack as well. The global cost of cybercrime in 2014 was estimated at US$375 billion to US$575 billion, translating into about 0.6% of global gross domestic product, according to Bank Negara data.

Given its growing use, fintech is increasingly vulnerable to money laundering, cybercrime and other risks.

These issues and more will be part of the MyFW2019 conversation, which is being organised in conjunction with Malaysia Digital Economy Corporation’s Malaysia Tech Week 2019.

The event aims to promote growth and diversity in the fintech ecosystem, spur the digital transformation of financial institutions, drive responsible innovation in fintech and elevate public acceptance of fintech.

The event will feature more than 30 sessions, five masterclasses and 100 speakers comprising a mix of regulators and tech and financial experts. Key note speakers include

The future of fintech promises much but also requires much, says Bank Negara. “It is not without risks. But with the right approach, its potential is within reach. Malaysia is poised to ride the incoming wave of technology and realise the benefits of fintech innovation. Over the coming years, Malaysia’s financial landscape is expected to be transformed, driven by leading innovations in the space of electronic know-your-customer processes, artificial intelligence, distributed ledger technology, open API, cybersecurity and more. It will become more seamless, more digital, with customers at its core.

“In fact, the foundations are already in place. Malaysia’s high level of financial inclusion (characterised by 99% of the population having access to at least one financial access point), highly banked population (95% of adults have a deposit-taking account) and population familiar with technology (over 70% smartphone ownership) makes it well-suited to quickly adopt novel technologies that can augment and enhance current offerings.” Bank Negara says it has focused on creating “an enabling regulatory environment” to encourage innovation and realise the promise of fintech.

“Bank Negara’s vision for the future of fintech is one that embodies the following elements — safe, agile and collaborative. In essence, the future of fintech will bring about a financial sector that is not only safe, but also sustainable and transformative. It aspires to evolving a financial services industry that uplifts livelihoods, empowers individuals and catalyses entrepreneurship,” it says.