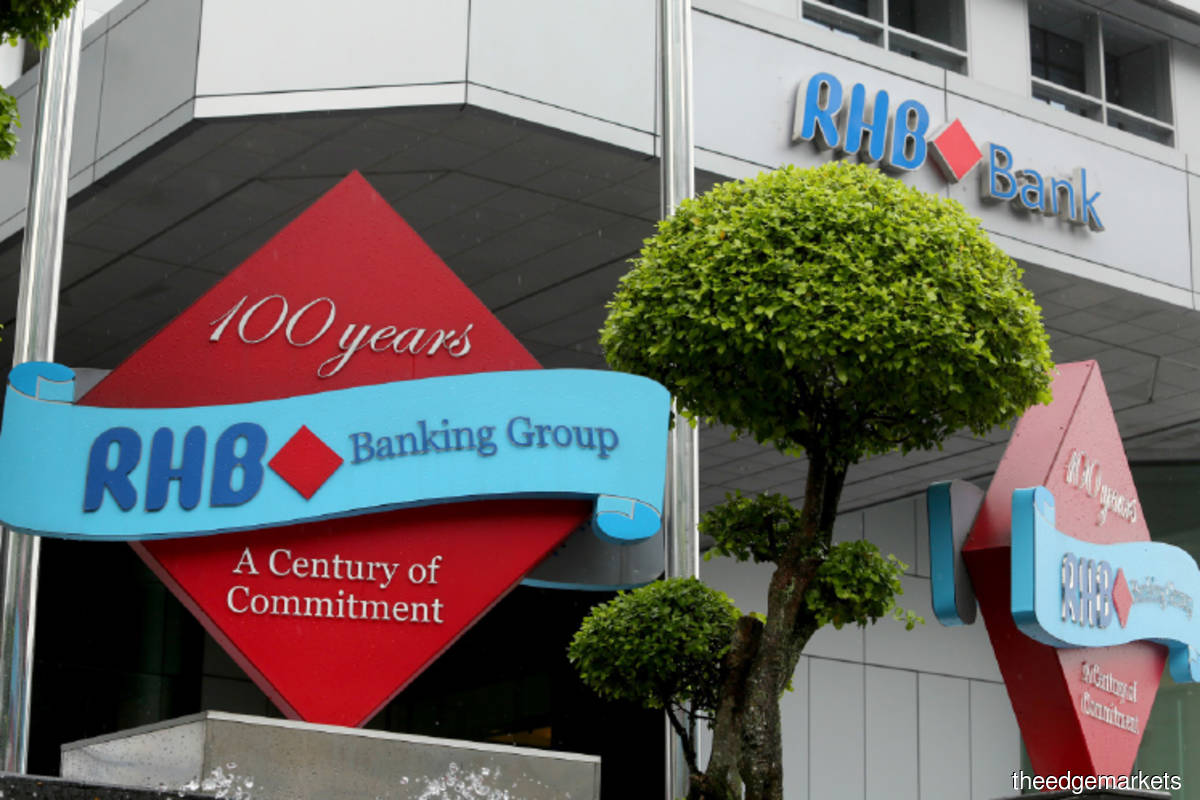 KUALA LUMPUR (July 30): RHB Bank Bhd is likely to shift its interim dividend per share (DPS) payout for the second quarter ended June 30, 2020 (2QFY20) and make a full payout in 4QFY20, according to Kenanga Research.

In a note today, analyst David Chong highlighted that the research house's view following a recent meeting with the bank's management is that RHB is likely to defer its 2QFY20 interim dividend and declare its entire FY20 dividend with its 4QFY20 results.

He said at this point of time, RHB is still hopeful to maintain its 31 sen DPS guidance for FY20.

Chong noted that this is a similar scenario to something CIMB Group Holdings Bhd had indicated to analysts it might do, on account of the visibility of its outlook improving.

"At this stage, we are not able to ascertain if other banks such as Malayan Banking Bhd (MP; TP: RM7.85) and Public Bank Bhd (MP; TP: RM18.00), which typically declare interim dividends in August, are following suit," he opined.

Chong also reduced his FY20 and FY21 profit forecasts by 11% and 7% respectively, after taking into account adjustments in RHB's net interest margin (NIM) and credit cost.

For FY20, Chong is forecasting a profit after tax and minority interests of RM1.94 billion, and RM2.13 billion for FY21.

Chong noted that RHB's credit cost is expected to rise sequentially, as it books macroeconomic variable adjustments. RHB is now expecting credit cost to up closer to 40 basis points (bps), compared with the earlier guidance of 30 bps to 35 bps.

As such, Kenanga has now raised its credit cost assumptions for FY20 and FY21 to 42 bps and 41 bps, from the 36 bps and 32 bps initially forecast, respectively.

Meanwhile, 2QFY20's NIM will be under pressure as Bank Negara Malaysia's 25 bps overnight policy rate cut will add another 4 bps to the earlier compression guidance of 12 bps.

RHB is not expecting further rate cuts this year, with Chong noting that non-interest income should see sequential improvement from better trading activities while brokerage activities are doing well.

Chong has maintained his "outperform" call on RHB, while cutting his target price (TP) to RM5.75, from RM6 previously, on the back of his earnings revisions.

He explained that the TP is based on a Gordon growth model-derived price-to-book value of 0.84 times, ascribed to its FY21 book value per share of RM6.83.

Chong also likes RHB for its levers to support earnings from investment revaluation reserves of RM937 million in shareholders' equity, as well as relatively minor impact from Day One modification losses.

Asset quality, at this juncture, also appears contained, he said.