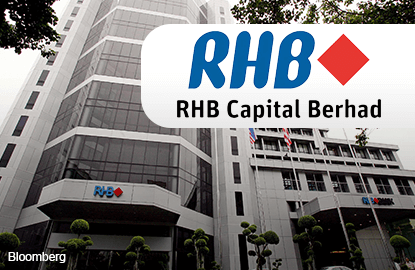 In a statement to Bursa Malaysia today, RHB Capital said revenue declined to RM2.64 billion from RM2.72 billion in 3QFY14.

"The group expected 2015 to be challenging and has focused on maintaining asset quality and improving operational efficiency," RHB Capital said.

The group said the net profit for the nine-month period (9MFY15) fell to RM1.2 billion from RM1.55 billion. Revenue was, however, higher at RM7.98 billion versus RM7.58 billion.

The group said it expected industry loan growth to slow to between 7.5% and 8.5% while "capital market activities will continue to remain low given the macroeconomic uncertainties".

"The group is confident that the transformation programme will continue its positive momentum to achieve its targets. Barring unforeseen circumstances, the group's 2015 performance will be satisfactory," RHB Capital said.