RGB expected to have more progressive dividend policy from 2016 onwards 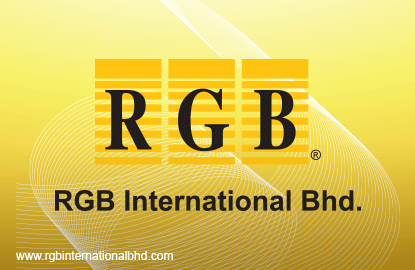 RGB International Bhd
(Aug 4, RM0.135)
Maintain buy with a target price (TP) of RM0.19: We continue to like RGB International Bhd (RGB) for its visible earnings growth outlook throughout 2016 at the least, driven by: i) its growing base of concession slot machines in Asean and Indochina [including greenfield opportunities]; ii) falling interest costs as it pares down its high interest-bearing debt in scheduled tranches (RM30 million in December 2015) and iii) the beneficiary of the weak ringgit, with better translation gains principally reflecting the stronger peso.

We continue to expect RGB, which should be net cash positive by end-2015, to implement a much more progressive dividend policy from 2016 onwards.

Meanwhile, we understand that 4% to 20% year-on-year growth was achieved within the concession division (+4% in the Philippines, +10% in Cambodia, +20% in Laos).

We continue to expect RGB to deliver a stronger second half ending Dec 31, 2015  (2HFY15) versus 1HFY15, reflecting higher sales of slot machines (around 600 units versus 1HFY15’s 400 units), and sturdier growth in slot concession business which is mainly driven by the Timor-Leste joint venture (JV) with a local slot club owner (operations commenced in 4Q14).

We expect the JV to continue delivering monthly revenue of more than US$60,000 (RM231,570) to RGB (with profits equivalent to more than 10% of our full-year forecast), although we understand that the JV suspended operations in March to April 2015 to sort out licensing requirements before resuming operations. This implies an impressive less than one-year payback period.

Meanwhile, RGB recently rescinded an agreement to acquire a 30% stake in the slot club owner from RGB’s director Steven Lim, because the Timor-Leste government has not yet issued the long-awaited gaming licence. We understand that RGB would want to revive this agreement once the gaming licence is issued

We maintain our “buy” call with lower TP of RM0.19 to reflect share base dilution following its recent 10% share placement exercise (at RM0.154 sen).

As a regional slots player carrying many reputable brands, RGB is well positioned to capitalise on the growing liberalisation of the gaming industry in the Asean region. — UOB KayHian Research, Aug 4