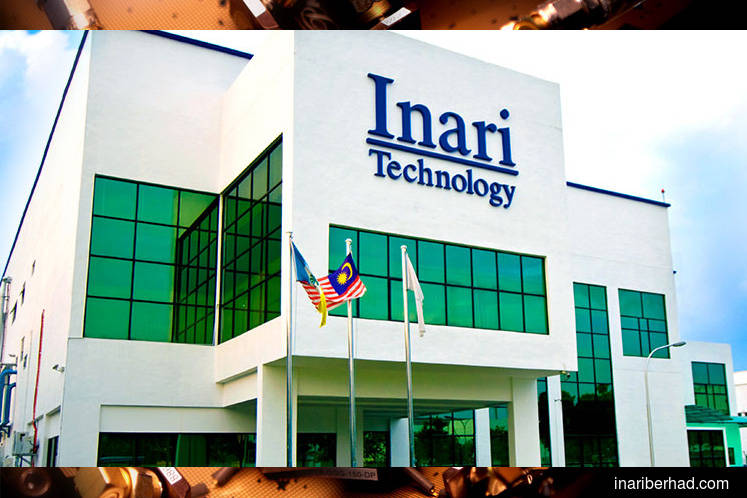 Inari Amertron Bhd
(Feb 22, RM1.50)
Maintain hold with a fair value (FV) of RM 1.65: We downgrade our recommendation on Inari Amertron Bhd (Inari) to “hold” from “buy” and trim our FY19F-21F forecasts by 5.1-8.3% due to lower contribution from the radio frequency (RF) segment and removal of an iris scanner from a South Korean flagship model. Our fair value is reduced to RM1.65 per share (previously RM1.90 per share), pegged at an unchanged forward calendar year 2019 (CY19F) FD PE of 20 times, in line with its three-year average.

The second quarter of financial year 2019 (2QFY19) earnings of RM58.1 million represents a 3.3% dip quarter-on-quarter (q-o-q) and a 16.4% decline y-o-y. This is broadly expected following weak smartphone sales figure during the Christmas season, specifically the US flagship devices.

The recent launch of new South Korean flagship devices also confirmed the removal of the iris scanner in favour of a higher screen-to-body ratio. While the iris platform was reconfigured to produce a health sensor and facial recognition modules, it was not sufficient to cushion the decline in overall orders.

With regard to Inari’s new product of fine-pitch LED  (less than 2mm pixel pitch) used for billboards to the ramp-up from its pilot stage did not take off as quickly as expected. This has left a void, mainly caused by the fall in smartphone sales.

Inari’s new 640,000 sq ft factory in Batu Kawan is said to cater to additional jobs from its German optoelectronics customer, as well as potential new jobs from prospective customers. However, management is still unable to disclose any details; hence we have not factored in any earnings contribution from its Batu Kawan facility into our profit forecasts.

We continue to like Inari for its: 1) RF, which benefits from the transition to 5G and rising content per device; 2) laser devices, which are boosted by increasing biometric and augmented reality (AR) applications in smartphones; and 3) LED, which rides on the increasing demand for high-resolution billboards in shopping malls.

However, we remain cautious on the immediate term as the fight in 5G between the US and China may potentially delay the commercial rollout of 5G connectivity. — AmInvestment Bank, Feb 22