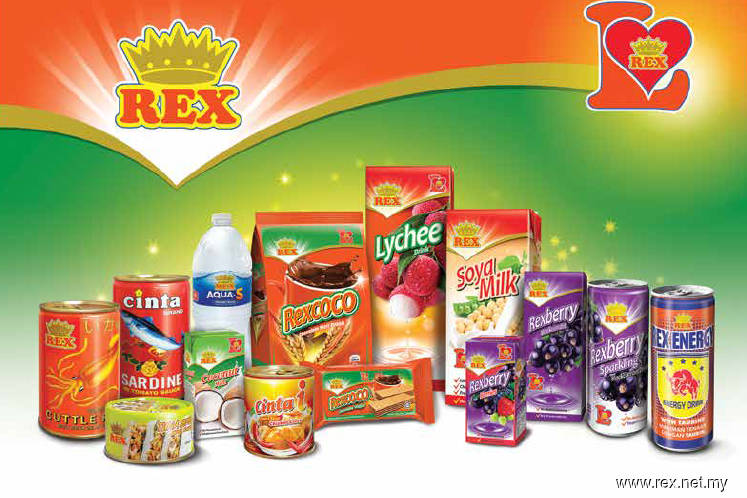 In a filing today, the group said its wholly-owned unit Rex Canning Co Sdn Bhd had entered into a sale and purchase agreement with Pentas Prisma Sdn Bhd (PRSB) for the proposed acquisition.

The plot comes with three existing industrial buildings with an annexed two storey office and ancillary buildings, it said. Rex Canning currently occupies a block on the land, which is used as a distribution centre.

It plans to use internal funds to pay for 30% of the land's price tag, with the remainder to be funded by bank borrowings.

On completion of the proposed acquisition, Rex said the previous tenancy agreement between PRSB and the former registered proprietor Amshore Holdings Sdn Bhd (AHSB), which includes a sub-lease agreement between and Rex Canning, will be mutually terminated.

Rex Canning, who will then be the new registered proprietor and sole occupant of the property, intends to use the remaining space to expand its beverage production line, given its existing production line at its Penang factory is nearing full capacity.

“With the establishment of additional beverage production line, the company will be able to expand its existing beverage market share in Melaka, Negeri Sembilan and Johor,” it said.