Revival of mega PJ highway plan on the cards 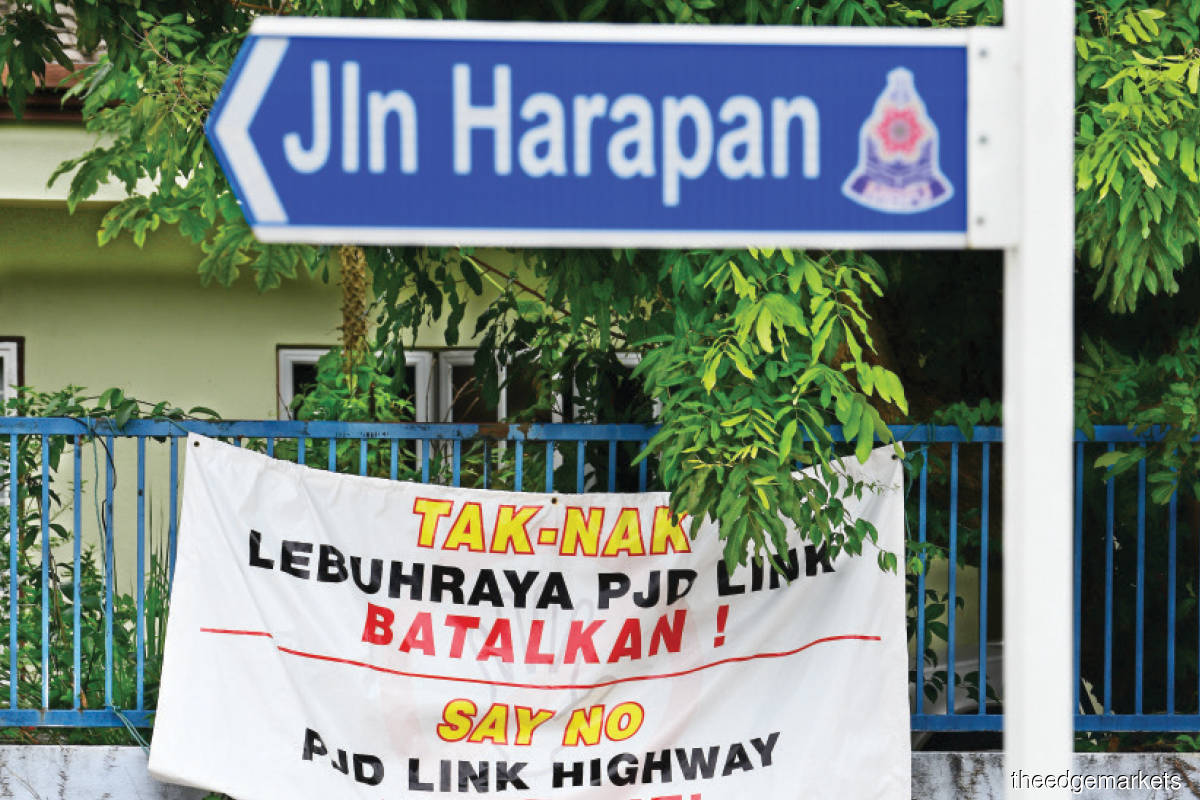 And the company hopes to get it right this time.

PJD Link (M) executive director Amrish Hari Narayanan, who is the son of Hari Narayanan, says since September last year, the company has been soliciting public feedback and engaging with members of parliament and state assemblymen (Ahli Dewan Undangan Negeri in Malay, or ADUN) representing various areas in PJ on its plan to build the Petaling Jaya Dispersal Link (PJD Link), which follows a similar route as the controversial RM2.4 billion Kinrara-Damansara Expressway (Kidex) project.

“We have given briefings and invited feedback from MPs and ADUNs for the relevant areas, as well as the Petaling Jaya City Council (MBPJ), Subang Jaya City Council (MBSJ) and the state planning departments. We have also had informal engagements with residents, and we welcome any comments and feedback from anyone potentially affected by the project,” he tells The Edge in an interview.

While nothing is final, an alignment of the proposed highway — linking Bandar Utama, Taman Tun Dr Ismail, PJ City Centre, Taman Dato’ Harun, Taman Medan Baru, Taman Sri Manja and Bandar Kinrara to Bukit Jalil Technology Park in Kuala Lumpur  — was put up on the company’s website on Jan 10. “Flyers (containing information on the proposed project) will also be distributed to residents in PJ and placed in the offices of the ADUNs,” says Amrish. “The alignment is still subject to change based on our ongoing engagement with related government authorities and stakeholders,” he adds.

The company aims to build a 34.3km four-lane elevated expressway along existing roads and river reserves over three years. According to Amrish, PJD Link is expected to cut travelling time between Bandar Utama and Kinrara to 15 minutes compared with about an hour by car.

On how different PJD Link is from Kidex, Amrish says: “At this stage, we are still reviewing several alignment options. All previous suggestions and feedback received in relation to Kidex has been useful in developing the current project. Based on preliminary feedback, we are looking to avoid residential areas and to reduce any need for land acquisition where possible.”

What are the economic benefits?

Amrish is aware that the proposed project is a contentious one among PJ residents due to issues ranging from displacement of long-time residents and businesses, noise pollution, introduction of tolls and potential environmental and health impacts. Already, several groups — including residents of Section 14 and Section 19, PJ MP Maria Chin Abdullah and Bukit Gasing assemblyman Rajiv Rishyakaran — have come out against the revival of the project.

Still, PJD Link (M) hopes to get stakeholders’ buy-in because of the economic benefits. Amrish notes that PwC, in a report in December, estimated that during the development phase, PJD Link will support an average of 12,000 jobs per year. Over the same period, the total economic output impact is estimated to be RM6.5 billion.

He believes that the proposed project will help the government in stimulating the construction sector affected by the Covid-19 pandemic and the global economic slowdown as the initiative will lead to new awards of road contracts.

He also points out that the proposed project will be funded entirely by the private sector without any need for government funds, but he is unable to determine the construction cost until the alignment is finalised. “Like any infrastructure project, the project will be funded by way of a mixture of debt and equity.”

Under this plan, PJD Link (M) as the project concessionaire will be collecting tolls over a period of time to recoup its investment. However, Amrish declines to provide an indication of how much the toll rates would be.

Amrish stresses that the company has yet to receive any regulatory approvals. It would require approvals from the Malaysian Highway Authority, Selangor government and MBPJ to start construction work.

“We are currently carrying out traffic, social and environmental impact assessments, as well as engaging the public. The assessments required by the state and federal authorities will be carried out by reputable consultants with a strong track record in transportation infrastructure projects,” says Amrish, adding that the company expects to complete the assessments this year.

“We will submit the relevant technical reports to the federal and state governments for their review. As part of this process, input and feedback will be obtained from relevant government departments and utility providers, as well as from any party potentially affected by the project.”

The company also plans to hold a town hall meeting to hear the views of the people on the project. However, it is unlikely to happen quickly due to the latest Movement Control Order imposed from Jan 13 to 26.

Tan Yew Leong, a resident of Section 19 in PJ, is against the revival of the highway project, noting that the new alignment is about 85% similar to that of the Kidex project that was rejected by the Selangor government in 2015.

“For us, we don’t want this highway. We don’t want to have dialogues with the company over the proposed project. We only ask what the Selangor government’s stand is on this matter and we want a proper town hall meeting for all stakeholders to give their views,” he says.

PJ MP Maria concurs, saying it is important to have a town hall meeting with all stakeholders as opponents of the PJD Link project have criticised it for the lack of transparency.

“The proposed highway cuts across mature townships in PJ and that’s where I have a lot of worries because it would involve appropriation of land. For residents who have been living here for decades, even if they are compensated, where are they going to move to? This is especially so when houses are now so expensive. How much can you compensate? And how many (housing areas) can you compensate for? The project also disorients long-time businesses as they are forced to sell their properties so that the company can build the highway,” she tells The Edge.

“Section 14 residents, for one, are up in arms over the proposed highway. Most of them are senior citizens. Where do you want them to move to? They have been in the community for so long. So, for the sake of development, do we forgo the community?”

Maria says she has reached out to PJD Link (M) to look for alternative ways to ease traffic flow in PJ. “I think there can be other ways to ease congestion such as increasing the number of public buses, making the bus system more efficient, building more pedestrian walkways or diverting traffic (to alternative routes). Traffic congestion also only happens at specific hours during the morning rush hour and during office and school hours. It is something that they can think about.”

“You are adding cost and stress (to the people) and spoiling the whole landscape of PJ by having this humongous highway,” she says, pointing to the building of two toll plazas on the proposed highway — one at Jalan Harapan and another at Kinrara. “Moving forward, when we talk about climate change, the highway (PJD Link) is definitely not helpful. We have to think of other sustainable methods that are doable, [involve] less cost and are less stressful.”