As revenue increases among listed firms, receivables are growing faster 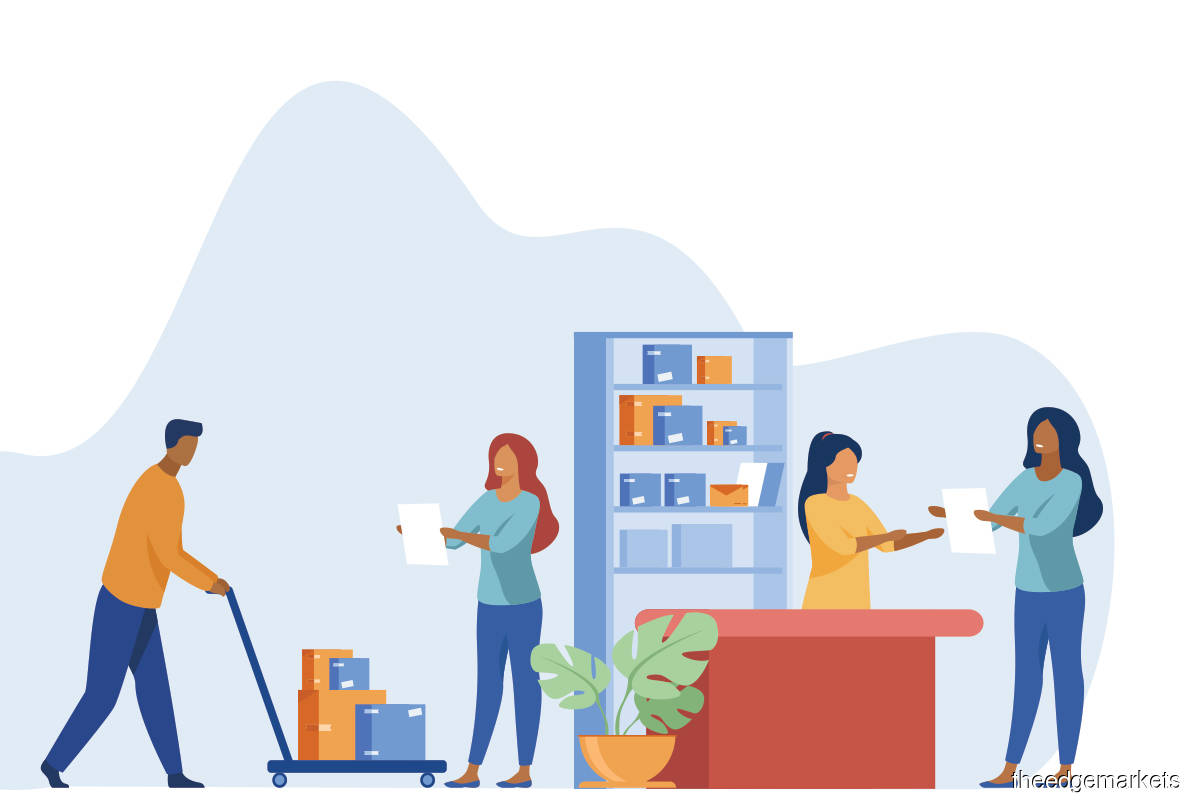 THE receivables of a high number of companies are on the climb and at a pace faster than their sales growth.

According to Bloomberg data compiled by The Edge, 57% of 850 Bursa Malaysia-listed companies have seen higher receivables-to-sales ratios this year when compared with FY2019 levels.

The revenue of these 850 companies in review (after stripping out the outliers) has increased 36% on average while their receivables have risen 46% on average, the data showed.

In particular, The Edge compiled short-term trade and other receivables (in the latest reported quarter) and trailing 12-month sales revenue to see how much of the companies’ sales have not been converted into cash. The data is compared with FY2019 levels to gauge the change in trend.

According to the data, sectors that have seen higher receivables-to-sales ratios include refiners and fuel retailers, power utility, semiconductor and manufacturing (to a certain extent), tourism-related, consumer-related (such as household retail and appliances) and property. Citing the data, Dr Yeah Kim Leng, professor of economics at Sunway University Business School, points out that 60% of the companies achieved revenue growth while 57% experienced an increase in receivables. “Many of the industries experiencing higher receivables-to-sales ratios are related to the consumer sector,” he tells The Edge when contacted.

The semiconductor sector, for one, is enjoying higher sales volumes and is likely to clear its mounting backlog. Companies in this sector with more than a 20% rise in their receivables-to-sales ratios include Pentamaster Corp Bhd, Genetec Technology Bhd and UWC Bhd, with their revenue roughly doubling on average. Greatech Technology Bhd, meanwhile, saw a 10% increase.

Nevertheless, some industry observers point out that the upward trend seen in receivables as a result of sales growth may not persist as they anticipate a potential down cycle in the semiconductor industry. They are taking their cue from the declining sales of Taiwanese companies, some of which have seen sales decline to levels prior to the semiconductor boom that started in late 2020, resulting from the supply chain disruption and stronger demand for electronic gadgets. “The data points we see in Malaysia is a lagging indicator,” says an analyst who covers the sector.

On the other hand, other industry observers expect receivables to remain high, not because of robust sales but owing to collection problems during the down cycle, when there could be overcapacity coupled with weaker demand.

Meanwhile, sectors such as power utility and fuel retailers are facing headwinds due to government policy decisions. It is no secret that Tenaga Nasional Bhd and Petronas Dagangan Bhd (PetDag) have seen a big jump in receivables due to delayed subsidy collection from the government, which wants to keep electricity and fuel prices low. Compared with FY2019 levels, Tenaga’s receivables have risen RM14.41 billion while those of PetDag have swelled by RM8.74 billion.

An increase in receivables was also seen at refiners Hengyuan Refining Co M Bhd (RM2.99 billion) and Petron M Refining & Marketing Bhd (RM1.6 billion), which operates a fuel retail business. While Hengyuan does not own a fuel retail business, it supplies refined petrol to Shell, the operator of the second-largest petrol station chain in the country.

Boustead Holdings Bhd, which owns an effective stake of 41.8% in the BHPetrol fuel retail brand, saw an increase of RM1.28 billion in receivables. The contributing factor is not known as the diversified group owns businesses ranging from plantations and pharmaceuticals to real estate and ship building, including defence vessels.

Plantation companies such as Kuala Lumpur Kepong Bhd, IOI Corp Bhd, FGV Holdings Bhd were among those with high increases in receivables. But this was in proportion to their revenue, which kept the ratio stable.

Another manufacturing sector on the list with both higher receivables and sales is packaging materials. This sector includes companies like Scientex Bhd, Can-One Bhd and Thong Guan Industries Bhd.

Collection not an issue yet

Of the top 50 companies whose receivables rose the most relative to FY2019 levels, a large chunk of them (38) had higher receivables-to-sales ratios. Of this group, 19 had market capitalisations of RM1 billion to RM5 billion.

On the other hand, those who saw revenue expand faster than receivables include Yinson Holdings Bhd, Malaysia Resources Corp Bhd and Dagang NeXchange Bhd. It is worth noting that the rising receivables-to-sales-ratio trend is less apparent among large-cap companies. Of the 50 biggest companies by market capitalisation, 29 actually saw lower ratios compared with FY2019 levels.

Looking at the wider data for the 850 companies across Bursa, 43% of them saw both higher receivables and higher revenue, which is natural for businesses that have credit sales. This suggests that the companies may be comfortable in easing credit terms as sales rose, says Yeah.

Comparatively, a smaller percentage of 14% saw higher receivables despite lower revenue, which suggests that “payment headwinds are not yet widespread”, he adds.

As the growth momentum in the first half of the year tapers off, especially in the final quarter, “the receivables-to-sales ratio is expected to edge up”, says Yeah. “Consumer and supplier credit are expected to tighten as firms adjust to weaker growth conditions.”