Revenue to focus on expanding market share in Malaysia 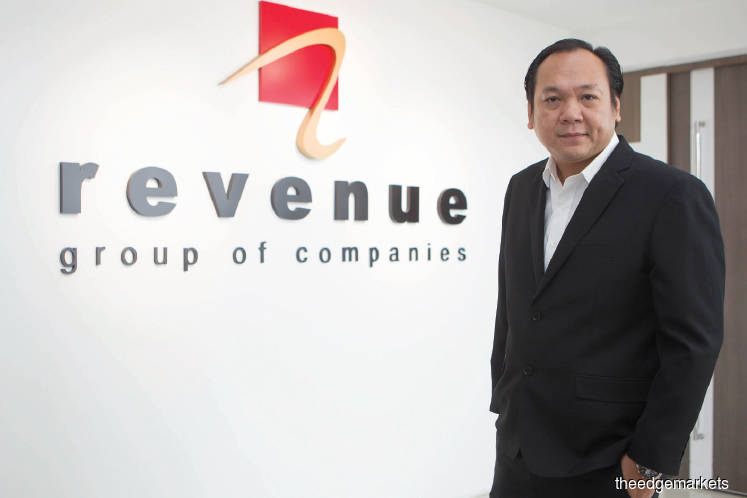 Ng: Our key focus now is to deploy more terminals to make sure that the transaction volume grows. Photo by Patrick Goh

The cashless payment solution provider’s managing director/chief executive officer Eddie Ng Chee Siong said card schemes, like Visa and Mastercard, have both said that no more traditional EDC terminals, which are based on the Payment Card Industry or PCI 3.0 security standard, will be manufactured by 2020. In contrast, the android terminals are based on the PCI 5.0 security standard.

Hence, Revenue sees this as a confirmation that the company is riding ahead of the digital payment wave.

With the switch to android terminals, Revenue anticipates the transactions that the company handles to grow by double digits in its full financial year ending June 30, 2019 (FY19) — which will in turn drive a double-digit growth in bottom line — as it teams up with more banks to roll out more of the new machines, Ng told The Edge Financial Daily in an interview.

Revenue gets a gross margin of about 3% on the value of each transaction. The group expects another two banks to sign up with the company by year end.

Meanwhile, it has already “got the green light” to shift to deploying android terminals from all its nine existing clients, whom it has been deploying the traditional EDC terminals to, namely Public Bank, which it has already started doing so, Hong Leong Bank, AmBank, Affin Bank, United Overseas Bank, OCBC Bank, First Data, Global Payment and AEON Credit.

Prior to its initial public offering (IPO) in July this year, Revenue only had 20,000 terminals deployed on a rental basis. To date, the number of terminals it deploys has doubled to about 40,000, which gives it a 10% of the digital payment terminal market share. Of the total terminals it has deployed, 2,000 are android terminals.

Presently, Revenue processes over RM1 billion worth of transactions annually, excluding the Visa and Mastercard transactions which it does not charge processing fees. This is because Revenue wants to work with banks in a complimentary way by processing card schemes that the partner banks do not have, said Ng.

He said the gross margin for Visa and Mastercard transaction fees is about 1.3%, based on current market rate. “We don’t want to compete to get this small margin ... We don’t want to touch this part of the pie as we want to work with the bank in a complimentary way,” said Ng.

This is, by and large, why it views GHL Systems Bhd, which focuses more on Visa and Mastercard transactions, as a “friendly competitor”. “Although we are in the same industry, we are competing for different chunks of the pie,” said Ng.

Cash, he said, is Revenue’s biggest competitor. So, Ng said Revenue will focus on getting more banks to migrate to the new android terminals to grow its market share in Malaysia.

The company is also looking to acquire more solutions companies to bring more value-added services under its android terminals and boost transaction volume. It has been looking at a potential targets.

He, however, declined to elaborate, saying talks are still in preliminary stages.

On that note, it is seeking to do more with its terminals, like adding menu to the machines, for clients in the food and beverage segment. It is also looking to enable “top-up” solution for convenience stores. These plans are expected to help drive Revenue’s bottom line growth.

Revenue is one of the best performing IPOs on Bursa Malaysia this year. Its share price soared four-fold to a high of RM1.55 on Nov 21, from its IPO price of 37 sen. It closed at RM1.38 last Friday, giving it a market capitalisation of RM307.53 million.