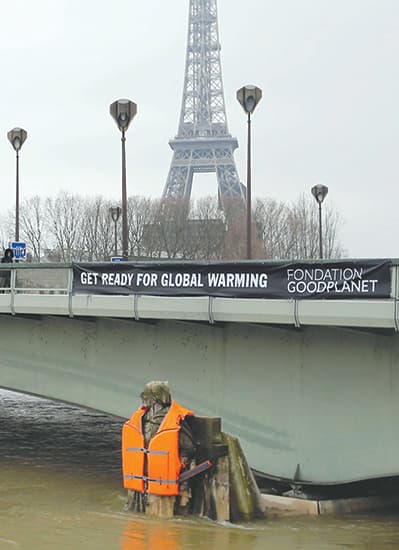 Some global organisations are pushing for investors to take into consideration climate change as a financial risk factor for companies. Photo by Reuters 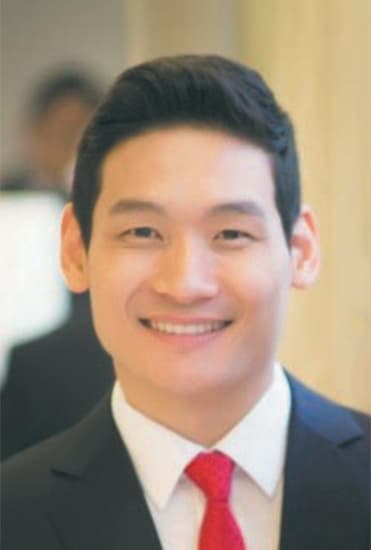 Fund managers always say past performances don’t predict future performances, and this is [true today] because we are in such an unprecedented period of climate change. There is no precedent about how this is going to affect things, so being forward-looking is very important. ~ Lee

Environmental, social and governance (ESG) data is still regarded as non-financial information that only acts to complement the usual reporting requirements. But there is a growing school of thought that it should be recognised as financial data as ESG issues can materially impact profits in the future, says Keith Lee, sustainable finance engagement manager at the World Wildlife Fund (WWF).

In Asia, there is still a belief among some that ESG is not a financial factor, he observes. This is in stark contrast to views in Europe, where climate change and other environmental and social issues are considered material risks to the financial performance of companies. There is also a misconception in Asia that sustainable investing means sacrificing returns and a smaller investment universe.

“As the man in the street doesn’t always realise that his investment could be affected by ESG issues in the long term, there may not be as much demand from retail fund managers for products that take ESG into consideration. That’s a pity because people’s investments are potentially at risk if you look at climate change,” Lee tells Personal Wealth on the sidelines of the KWAP Inspire Environmental Conference 2018.

“One really easy example is electric vehicles. Close to 10 countries have either announced that they will ban the combustion engine or plan to ban it in the future, so what does that mean for vehicle manufacturers? China and India are on that list, along with huge European economies. If you’re an investor, you want to be thinking about whether the companies you’re investing in are taking these broader, long-term trends into account.”

The Task Force on Climate-related Financial Disclosures (TCFD), led by Michael R Bloomberg, is an organisation that is pushing for focus on forward-looking strategies. The TCFD is an initiative under the Financial Stability Board — an international body that monitors and makes recommendations about the global financial system. Its goal is to develop voluntary, consistent climate-related financial disclosures.

“In the past, the idea of disclosures was to understand how companies were impacting the environment. But now, the TCFD is saying climate change is a risk for companies because of issues like more extreme weather events, advances in technology and market trends. There are also regulatory issues associated with climate change, such as carbon pricing,” says Lee.

“There is a need for companies and financial institutions to disclose how they’re addressing some of these climate-related risks through their governance, strategy and risk-assessment process, as well as the metrics and targets they are setting.”

For instance, new rainfall patterns due to climate change might result in water scarcity in some areas. Companies in those locations that rely on having a steady supply of water — soft drink producers and bottling companies, for example — will need policies to ensure they are managing their resources properly and taking into account water stress in the future.

“Fund managers always say past performances don’t predict future performances, and this is [true today] because we are in such an unprecedented period of climate change. There is no precedent about how this is going to affect things, so being forward-looking is very important,” Lee points out.

Types of sustainable investing
According to The Global Sustainable Investment Review 2016, the sustainable investment strategy that is most widely used globally is negative or exclusionary screening. Negative screening means the exclusion of certain sectors or companies that fail to meet specific ESG criteria.

“You can (also) have positive screening, where you say, ‘I’m going to invest in the best in class companies according to ESG factors’. [At the other end of the spectrum], there are cases where some investment managers are now developing valuation models that take into account potential carbon pricing, for instance,” Lee says.

The second most commonly used strategy is ESG integration, which refers to the explicit inclusion of ESG factors in financial analyses, while the third biggest sustainable investment strategy is corporate engagement or shareholder action. While there is a difference in opinion in the industry about whether engagement is preferable to negative screening, Lee believes the former can be more suitable to the current environment.

“The camp in support of engagement will argue that it’s better to have a seat by the table to try and influence the company to change rather than just divest and lose your seat by the table.”

Currently, Lee adds, markets in Asia are not as advanced in ESG issues as those in the West. For example, if a European investor says he is going to divest from this stock and hopes that the action would influence the company to do better, an Asian investor may step in to buy the stock instead. This would cause the stock price to increase, therefore defeating the purpose of divesting in the first place.

If the investee does not respond to the engagement, investment managers have different mechanisms to escalate the issue. It could start with simple letters to the investee, followed by collaboration with other shareholders to hold a dialogue with the company.

Creating tools for sustainable investing
WWF is working with the United Nations Global Compact, global disclosure organisation CDP and the World Resources Institute to create a science-based target initiative. It provides tools for companies to set emission targets in line with the level of decarbonisation needed to limit climate warming to below 2°. Last month, WWF released a report that reviewed the ESG performance of Asean banks. “Your portfolio would have a certain amount of carbon emissions associated with it. They can tell you to what extent you are aligned with this transition to limit warming to 2°. Financial institutions have to be able to do this as well. As a shareholder, you can start to engage with the investees, and the investor could start to integrate climate change risks into their own analysis and then have that influence the way they allocate capital,” Lee says.

According to reports, in Asia, there remains a lack of ESG data and comparability of reported data across companies. However, there are also criticisms regarding the lack of a uniform global reporting standard for ESG issues. Lee says the Global Reporting Initiative is one of the bigger disclosure framework providers, and that there are efforts underway to improve the reporting and implementation of such frameworks.

“There are questions about implementation but I think that’s true about any new initiative. [For example], we have 16 banks that came together and worked with the United Nations Environment Programme — Finance Initiative, and Oliver Wyman in April to figure out how they’re going to implement the recommendations of the TCFD, specifically how to figure out the carbon intensity of portfolios, how to do scenario analysis and stress testing their portfolios for different scenarios,” Lee says.