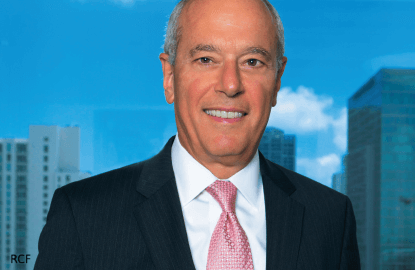 Young adults the world over are accumulating dangerous levels of debt. In Malaysia, mounting debt and insolvency are turning into serious problems as almost 25,000 men and women aged 35 and below have become bankrupts in the past six years. The authorities, such as Bank Negara Malaysia, have attributed this to low levels of financial literacy.

Given how important financial skills are in navigating life, it is rather perplexing that many parents do not see the importance of inculcating financial literacy in their children at a young age. David W Bianchi, author of Blue Chip Kids: What Every Child (and Parent) Should Know About Money, Investing, and the Stock Market, says educators and parents should get children to understand that to get ahead in life — and not just living paycheque to paycheque — they need to save some of what they earn and invest it wisely.

“There is no doubt that if meaningful financial education is taught in our schools when the children are young and they are required to continue taking [such courses] right up to high school graduation, they will be much smarter about money,” says Bianchi.

“Studies show that they would be less likely to borrow money, would be better managers of their money and would likely save more. This is not complicated. It is simple, but it takes a commitment from all involved to make it happen.” 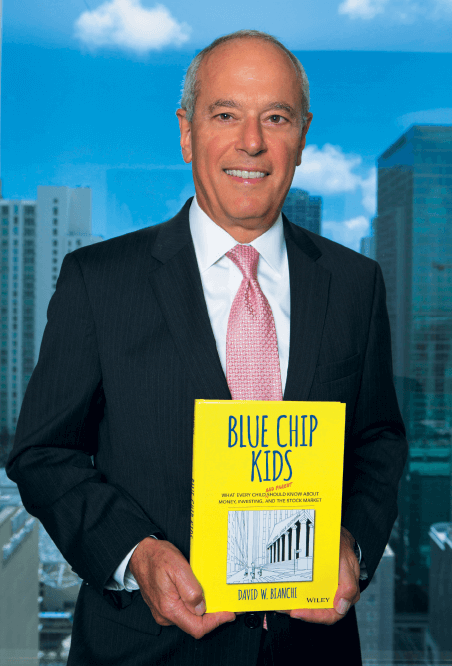 In August last year, Standard & Poor’s said Malaysia had the highest amount of personal debt in a group of 14 Asian economies, rising to 88% of the country’s gross domestic product (GDP) from about 60% in 2008.

Malaysian Rating Corp Bhd (MARC) noted in 2014 that Malaysia’s household debt service ratio had escalated to 43.5% in 2013 from 39% in 2006, painting a grim picture of the burden of debt faced by Malaysians.

Last year, the Department of Insolvency’s records showed that 24,953 individuals below the age of 35 had been declared bankrupts since 2010. The top three causes of bankruptcies were defaults in car loans, housing loans, and personal loans or for being guarantors of loan defaulters.

Given that the new generation is likely to face a liquidity crunch, Bianchi says it is never too early to start teaching children how to earn, manage and invest money. “In the US, we have a genuine financial crisis with our young people. At the moment, there is over US$1.2 trillion of outstanding student debt and most university graduates cannot make the payments. It is a real problem,” he adds.

“The jobs they are able to get do not pay enough for them to pay off what they owe, so many end up moving back in with their parents. This debt crisis is inhibiting household formation and causing fewer young people to buy homes, which is bad for the overall economy. This cycle of debt must be broken.”

High levels of debt is an issue even high-net-worth individuals (HNWI) cannot ignore, Bianchi says, adding that the preservation of their wealth is associated with the health of the overall economy.

“If we continue to ignore this problem, the debt crisis will only get worse and it will seriously impact families and the overall economy. Even wealthy people who do not need to borrow money to send their children to school need to be concerned about this,” he adds.

“When young people cannot afford to buy the things we need them to buy to stimulate the economy because they are drowning in debt, it will have a negative impact on the GDP and that will have a direct impact on the stock market, where many wealthy people have at least some of their money invested. This is a problem we all need to be concerned with.”

For children from wealthy families, the danger lies in thinking that money comes easily, says Bianchi. “They have never seen their families struggle financially and every time they want or need something, the money is there to buy it. For children of high-net-worth parents, it is particularly important to get them to understand from a young age how hard their parents worked to get the money.”

Bianchi points out that parents and teachers who assume children will be bored by finance-related topics and that they are not smart enough to understand the concepts at an early age are making a big mistake. “I can tell you first-hand that they are wrong. They will enjoy the subject matter if the material is presented in a way that is simple, fun and educational.”

In his book, Bianchi, who is a lawyer and an investor, engages children and their parents with real-world topics, using simple explanations for everything finance. The book uses large fonts and more than 150 cartoon illustrations to make it more reader-friendly for children as young as 10 years old.

“It is all about how the information is packaged and presented. Done correctly, they will like it and learn it, and so will their parents,” he says.

But books only take you so far in becoming better at money management. Parents, too, need do their part by rethinking their approach towards saving and spending.

“Parents’ attitudes make a huge difference in preparing children to be “money smart”. If parents set aside just 15 minutes a week to discuss money matters with their children, it can make a huge difference in their lives. You would be very surprised at how quickly children understand the basic concepts of prudent money management and they enjoy it more than you might think,” says Bianchi.

“Everyone likes money and if parents are enthusiastic about the subject and committed to making their children ‘money smart’, the children will sign on. They will also emulate their parents and their money habits, so parents need to be mindful of that. Families are carrying too much debt as well — it is not just students — and the entire family can benefit from a better understanding of how to earn, manage and invest money.”

Teaching children to delay gratification is another way to demonstrate the different aspects of managing one’s finances. “Give them real-world examples of adults who have saved nothing in life and as a result, struggle every day of the year to get by. Then, show them some examples of successful people who have obviously been very good at knowing how to earn, manage and invest their money, and get them to understand that they should want to make the successful people their role models in life. Explain the power of compounding investment returns,” says Bianchi.

Being money wise also instils confidence and a positive outlook, he adds. “Kids will take a lot of pride in becoming smarter about money. I have seen it with teenagers who have already taken a course on how to earn, manage and invest money. When I visit schools, I tell the kids that they may not be the best athletes in their class, they may not have the highest grades, but they can distinguish themselves by becoming the best at understanding money matters. They like that and it resonates with a lot of them.

“I tell them it is the one skill they will need to use every day for the rest of their lives, so it pays to learn it now, and that it is one of the few things they will learn in school that will have direct economic benefits for them as they get older. It will give them a more comfortable life and improve their self-esteem. It is all good. There is absolutely no downside to making children smarter about money.”

Bianchi asserts that children are as excited about money as adults, and that they are drawn in during his talks as he uses interactive skills to get them curious. “I start my presentations by saying to them, “Raise your hand if you like money”. Everyone in the audience raises their hand. They all like money even at a young age. I then reach into my briefcase and bring out a large stack of thousands of US dollars and, at first, they think the money is not real. Once I tell them it is, they are all paying attention. I do it to wake them up and get their attention.

“From there, I tell them: “Let’s pretend that this big stack of money represents your parents’ total annual income — it is all the money they make in one year. Now, let’s see what happens to it. What is the first thing your parents have to pay? ‘Taxes, somebody shouts out and I then remove about 25% of the stack and put it away to represent the tax payment. After that we go through all of the things families have to pay to live, and they see the pile of money getting smaller and smaller. It really drives home the point about how expensive life can be and how hard it can be to have any money left over to save. It is a fun and very visual way to make my point.”

According to Bianchi, several schools in the US have started investment clubs, through which games are used to illustrate the workings of the stock market. “One fun way some schools are using is to tell students they have a hypothetical account with US$50,000 in it. With their imaginary money, they can buy any stock they want. The class then goes through the process of researching the companies and stocks they are interested in.

“The students then decide what stocks they want to buy, how many shares to buy and so on until they have spent their US$50,000. After that, the class will follow the investments each week and track whose portfolio has the best performance.”

Blue Chip Kids, which has received accolades all across the US, is being made into a television programme that is expected to be aired in the middle of this year. Bianchi is currently working on a project for the courts in the US to make a video-based programme on the book as a guide for young adults receiving money from lawsuits. He is also writing a new book, Blue Chip Kids Get Ready for College, in which he aims to address the economic and financial issues of college-goers.