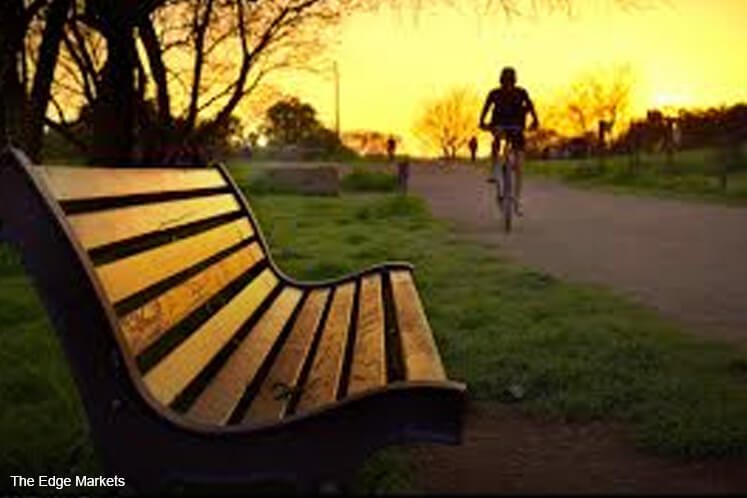 THE controversial development at Rimba Kiara Park in Taman Tun Dr Ismail (TTDI) is set to go ahead as a running dispute between the authorities and local residents shows signs of tapering off.

It is understood that the developer, Memang Perkasa Sdn Bhd (MPSB), is finalising its plans. People familiar with the matter say the development order was issued last year with a plot ratio of 1:10.

Malton Bhd controls MPSB — it acquired a 51% stake in January last year. MPSB owns the exclusive right to develop the land. According to a joint-venture agreement with landowner Yayasan Wilayah Persekutuan (YWP), signed on April 7, 2014, MPSB will bear all the development costs while YWP is entitled to a fixed sum of RM160 million.

From this sum, it is learnt that RM67 million has been paid so far.

Market talk has it that a number of leading property developers had been eyeing the parcel over the past decade. The period spans two prime ministers, three federal territories ministers and four different mayors — which may explain why some developers had appeared to come close only to stumble.

“It’s a no-brainer. That is a super prime location and it’s a big piece of land,” says a local developer. “You can do a lot with 12 acres in that area.”

Its location next to a sizeable public park also sets a premium on the parcel, he adds. At the time of writing, a casual survey of serviced residences up for sale around TTDI reveals asking prices of up to RM1,360 per square foot.

The other 49% stake in MPSB is owned by Tegap Dinamik Sdn Bhd (TDSB), a construction firm incorporated in 1992. TDSB held the entire 40 million RPS in MPSB prior to Malton’s entry.

The RPS must be mandatorily redeemed by MPSB at RM6 apiece on Dec 3, 2025, unless redeemed before that date at a minimum of RM4 each. So far, Malton has subscribed for 7.1 million new RPS at RM39.05 million to redeem the same number of existing RPS held by TDSB.

This implies that the RM112.2 million will eventually go to TDSB — a windfall compared with its RM33 million revenue and RM231,801 net profit for 2015.

It is a sizeable project for Malton, with an expected gross development value (GDV) of RM3 billion over seven years. For perspective, it intends to roll out projects worth a third of that value this year.

At the time of writing, Malton’s website did not have information on the project. The company declined to comment when contacted.

A previous development notice by Dewan Bandaraya Kuala Lumpur (DBKL) states that the development will comprise a 29-storey block of 350 affordable apartments and another eight blocks of up to 54 storeys with nearly 1,800 high-end serviced apartments.

The affordable apartments are meant for residents of TTDI longhouses located on part of the 12-acre parcel. The 100-odd families are former Bukit Kiara Estate workers who were relocated to the area in the early 1980s and have remained there since as efforts to provide permanent housing have failed to take off.

The only potential snag for the project now is possible legal action from residents nearby, who had protested against the proposed development.

In particular, the TTDI Residents Association (RA) had lead objections to the project, citing the Kuala Lumpur Draft Plan 2020 (KLDP2020) as having intended the parcel to be a public space. It questions why the land is now being commercialised.

The RA says it is seeking legal redress.

That prospect, however, appears dim now and the road looks clear for the project to get off the ground. From the developer’s perspective, all legal processes have been adhered to.

Prepared in line with the Federal Territory (Planning) Act 1982, KLDP2020 is meant to be a guiding blueprint for developments in Kuala Lumpur over a 20-year period. It was launched in May 2008.

According to KLDP2020, the 12-acre parcel is part of a wider tract that encompasses the existing Rimba Kiara Park. The plan had designated the wider tract as a public space, with no plot number as at 2010.

By June 2012, however, the larger tract had been assigned the plot number of 55118, according to land office records. It was eventually carved into two parcels — the 55118 parcel where Rimba Kiara Park is, and a 12-acre PT9244, which MPSB is developing.

The creation of the 12-acre parcel and the intention to commercialise it forms the crux of the RA’s discontent.

Chairman Hafiz Abu Bakar tells The Edge that the association is not against providing affordable housing to the longhouse residents, which is long overdue. However, the KLDP2020’s intention to have the entire area be a public space should be upheld via a gazette, he says.

Nearly a decade since its launch, the plan has yet to be gazetted. Various parties have urged its gazette as the plans would then be set in stone.

Last month, Federal Territories Minister Datuk Seri Tengku Adnan Tengku Mansor said he will not gazette the plan, claiming some provisions are open to abuse. He did not respond to a request for comment.

Subsequently, Kuala Lumpur mayor Datuk Seri Mohd Amin Noordin Abd Aziz said last week that a new blueprint is being developed with an eye towards 2050. “Common sense tells us there is no point in gazetting the plan now, with only three years left.”