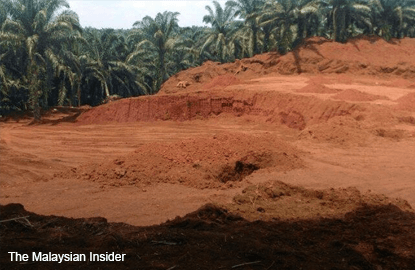 KUALA LUMPUR: A total of 2,448 Kuantan residents signed a petition recently asking for the issue of rampant and unregulated mining of bauxite in Pahang to be debated in the Dewan Rakyat.

PKR Kuantan member of parliament Fuziah Salleh said yesterday the matter is due to be discussed on Nov 25.

Fuziah said she has information that 44 companies were awarded export permits for bauxite in Kuantan, and were mining up to 15 million tonnes a month.

“The people are now demanding that the export permits for bauxite be suspended immediately.”

The bauxite-mining activities have sprung up since last year, and is being mostly exported to China, Fuziah said.

She said the mining activities are affecting and contaminating the air, water, and even the fish in the river.

It was reported that the mines had been shipping increasing amounts of bauxite for aluminium production to China, filling in a gap as Indonesia banned ore exports in January last year to encourage value-added processing at home.

Malaysia supplied 1.27 million tonnes of bauxite to China in the first nine months of last year, 12 times more than the 105,000 tonnes shipped in the same period for 2013. — The Malaysian Insider