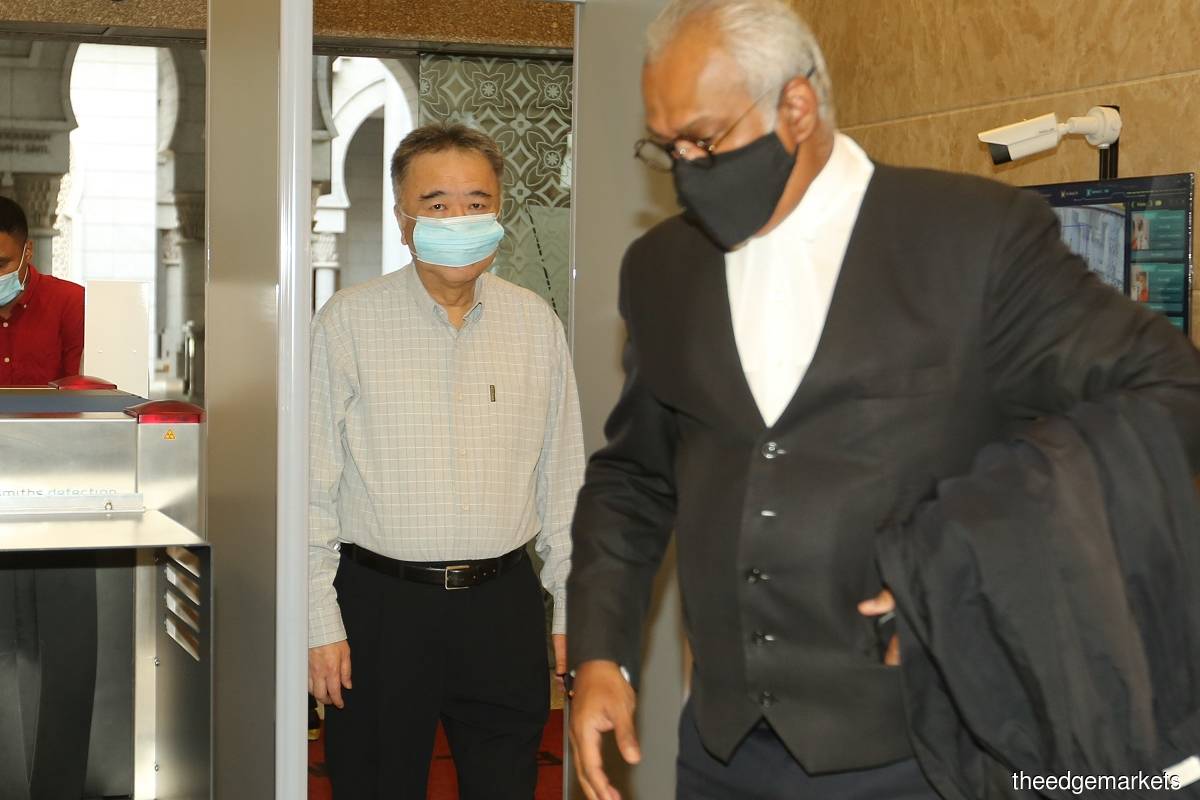 PUTRAJAYA (Oct 12): The Court of Appeal (COA) today dismissed the appeal by Low Thiam Hock, a former executive chairman of Repco Holdings Bhd, to review the notes of proceedings by the Sessions Court judge which had convicted and sentenced him to five years' jail and a RM5 million fine for market manipulation more than 20 years ago.

She said that it was obvious the Sessions Court judge referred to the right notes that had been agreed upon by both parties.

“Thus, the failure of the Sessions judge to sign and authenticate [the notes] was not fatal and not detrimental to the conviction entered. Hence, the appeal is dismissed,” Justice Rhodzariah said.

With this, the Kuala Lumpur High Court set Oct 30 as the mention date to set dates to hear Low's appeal.

Earlier, Low's counsel Tan Sri Muhammad Shafee Abdullah argued that there were conflicting notes of proceedings by Sessions Court Judge Mat Ghani Abdullah that was provided to the High Court, therefore rendering doubt whether the trial judge referred to the right notes in reaching to a decision in 2016 to convict his client.

“I have come across many cases and this case was the first-ever case where the notes of proceedings were in complete disarray and topsy-turvy.

“Here, there are questions with regard to the notes of proceedings as there were no signs of them being authenticated as they were only signed at the end of the notes. To make matters worse, there were also conflicting notes inserted in the records of appeal,” the senior lawyer said.

When Justice Abu Bakar asked what should the court do if the Court of Appeal bench rules in his client's favour, Shafee said asking for a retrial would take a long time and be unfair and against the interests of justice as Low's case started in 1999.

However, he also said that if the court dismisses the appeal for a review of the notes, the defence would have to laboriously continue to bring up the issue of the notes of proceedings in the hearing of the appeal in the High Court and later the Court of Appeal.

Securities Commission Malaysia (SC) Deputy Public Prosecutor (DPP) Roz Mawar Rozain said the notes of proceedings in the records of appeal were the ones agreed upon by both parties after various meetings with the Sessions Court judge, who was also the trial judge.

Hence, Roz Mawar, who appeared with DPP Izzuddin Mohamad, said Low had undergone an extensive fair trial where the court instructed both parties to transcribe the proceedings based on the court recording transcripts (CRTs).

“The CRTs were then agreed upon and shown to the judge who signed and authenticated them before coming up with the verdict. The judge also signed the transcripts and the problem may have occurred with the thick bundles as this was an SC case,” she said.

She added that as the notes of proceedings had been agreed by both parties, there should not be any doubt over their validity — and that the findings and conviction are safe.

“Hence, this court should dismiss the appeal for a review,” Roz Mawar said in showing to the panel the chronology of the whole case from the Sessions Court to the High Court.

It was previously reported that Low was initially acquitted without his defence called in the Sessions Court, and the decision was upheld by the High Court.

However, upon an appeal in the Court of Appeal, the court ordered Low to enter his defence and the trial resumed back in the Sessions Court where he was found guilty on March 1, 2016.

Low is appealing in the High Court but had also filed a review over questions about the notes of proceedings, which was rejected by the court, resulting in the appeal today.