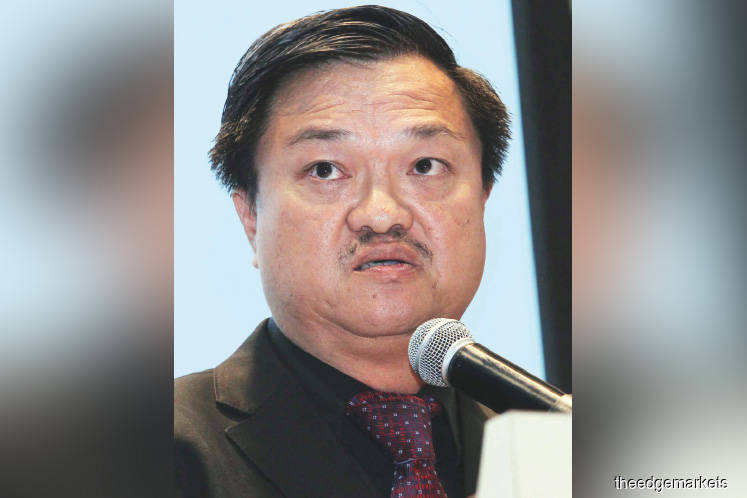 TO gain a better understanding of how our elections have been conducted and the reforms that are needed to make them clean and fair, The Edge speaks to Penang Institute senior fellow Dr Wong Chin Huat. In a series based on his presentation to the Institutional Reforms Committee, he discusses the choices we must make to address weaknesses in the current system. Here is the final part.

The Edge: Very briefly, what are the advantages and weaknesses of the alternatives to the first-past-the-post electoral system?

Wong Chin Huat: In the previous part, we saw that in order to give diverse groups a better chance of being represented in the legislature, we need to move beyond the FPTP electoral system.

But List-PR will take away geographical representation while STV may push candidates to be more local-oriented, and GRC will simply kill off small parties. If we want a balance between geographical and functional representation, then MMP and MMM become our natural choices.

Mixed-member systems have a further advantage in splitting the election mandate into two elements — for party and for candidates — and allow voters to diversify their choice. While party-list lawmakers should toe party lines, constituency representatives can have more room for autonomy.

As party-list seats can be a buffer to prevent power changing hands because of defection, this may help build stronger parties in the long run. To protect parties from the threat of defection, MMP is superior to MMM.

The last benefit of allowing voters to vote for their favourite party is to allow allies in coalitions like Pakatan Harapan or Barisan Nasional to have healthy competition. While they may still pool votes for FPTP elections, they can compete for higher party-list votes. This will make the system competitive.

How do we reduce the volatility caused by elections and prevent unpredictable outcomes?

FPTP is known to allow a small swing in votes to cause a big change in seats. A case in point is the 2018 general election, where a drop of 14% of votes for BN resulted in a much bigger fall in seats for the coalition — by 24%.

However, volatility in FPTP is likely to be unpredictable. This adds to the stress of both political elites and voters. Election outcomes may also defy or exceed public expectation or cause misperception to tear the delicate social fabric of a plural society like Malaysia.

The 1969 election, which preceded the May 13 ethnic riots, is commonly understood as, in today’s words, a Chinese tsunami against the Umno-led Alliance. This is because the non-Malay/Chinese-based opposition parties quadrupled their parliamentary seats from 6 to 25 while the main Malay-based opposition, PAS, increased its seats only moderately from 9 to 12. However, if we look at the vote share of the parties in Peninsular Malaysia, then it was a “Malay tsunami” with a 10% swing from Alliance to PAS. The total support for the non-Malay/Chinese-based opposition parties — under different party labels — stayed at 26% in the 1964 and 1969 polls. They were, however, rewarded by the FPTP system for successfully forming an electoral pact.

While Malaysia has changed tremendously from where it was 49 years ago, and the post-May 9 peaceful transition has put the ghost of May 13 to rest, it may still be worthwhile to ponder these questions: Has Malaysia come of age in that the unpredictability of election outcomes can no longer cause ethnic anxiety, or to be used to invoke such anxiety? Would the fear of letting a person of another ethno-religious category emerge as a minority winner drive voters of the dominant ethno-religious category to high gear in communal mobilisation?

What key advantages do the alternatives offer?

From one perspective, majoritarian systems (two-round system, alternative vote), proportional systems (List-PR, STV, MMP) and the semi-proportional MMM are better than FPTP because they take away the need for strategic voting and reduce the stress on the voters’ part.

Majoritarian systems will force society’s diverse voices to converge into two camps, which may be moderate or radical, depending on the intensity of the political divide. In the worst-case scenario, majoritarian systems may promote ethnic solidarity.

Proportional systems are often feared to fragment political parties and give room to some radical ones. This fear should be contextualised — we take risk in majoritarian/plurality systems as they may suppress radical voices but we may also risk letting them leverage their power. Proportional systems do not eliminate radical forces when their luck is bad but neither do they strengthen their hands when their luck is good.

Overall, what is the best alternative?

Overall, we would recommend MMP for the following reasons:

1.    As a proportional system, it would allow non-communal parties to grow and prevent ugly showdowns between two antagonistic camps.

2.    Its party-list component can facilitate group quota and functional/issue representation that is currently under-supplied in our system and can empower our parliament.

3.    Allowing voters to vote for their preferred party and making party-list votes the determinant of government power has a few advantages:

a)    It can defeat attempts to change government by enticing lawmakers to defect;

b)    It allows more room for constituency representatives to act on their conscience;

c)    It allows allies to compete healthily with each other on party-list votes while cooperating on FPTP constituency contests;

d)    It allows voters to stop parties from dumping unpopular candidates on them and strengthens intra-party democracy; and

e)    It allows voters to try out independent candidates or small parties at constituency level without the fear of vote-splitting.

4.    It eliminates all incentives for gerrymandering, malapportionment and voter transfer.

MMP, however, will not work without two other measures — first, decentralisation and local elections to open up more opportunities for parties to form post-election coalition governments, hence the incentives to refrain from unnecessary hostility; and second, consensus to have healthy ground rules for multi-party competition across parties and in the wider society.