Remaking Malaysia: For MCA, it’s neither here nor there 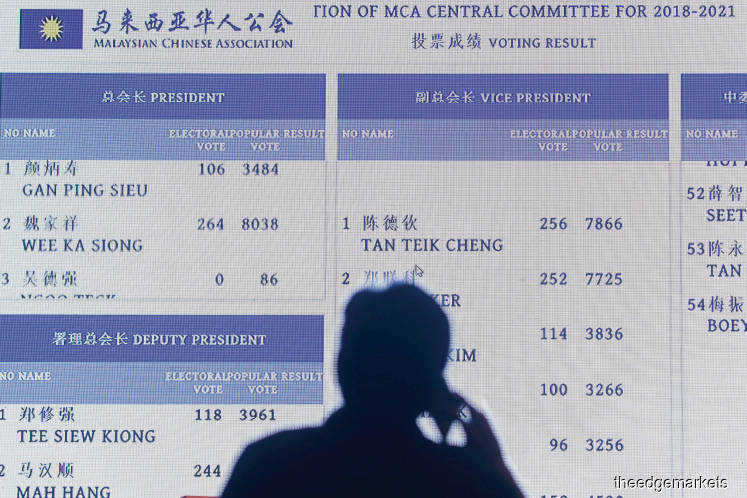 BAFFLING, isn’t it? MCA empowering its leaders to push for the dissolution of Barisan Nasional (BN) — the political coalition it has been a part of since independence in 1957.

A MCA watcher, who is an old friend of mine, preferred to describe the move as “comical and stupid”, while another party observer said “irritating” is the right description for the action.

Perhaps all of the above would be right in describing the resolution passed at the party’s annual general meeting recently.

Why? Because MCA has been contemplating leaving BN since the coalition lost the 14th general election in May. And this was to culminate at the AGM where the party was to decide whether to stay or to leave. Instead, it wanted BN itself to be dissolved.

“It is very simple. Either you are in or you are out. You have only one seat in parliament and you want to push for BN to be dissolved? Somebody in MCA is doing the wrong math,” says the party watcher.

To political analyst Dr Oh Ei Sun, it was a strange resolution for the party’s supreme body — which comprises the delegates at the AGM — to leave such an important decision to the central committee (CC).

Oh feels MCA should have just decided there and then at the AGM if it is in or out. But the message it conveys seems to signal that party members still have lingering thoughts of partnering Umno.

This is despite MCA being seen as “subservient to Umno’s racial antics”, which made it “lose face”, resulting in it losing the support of the Chinese community long before GE14.

I spoke to L H Teh, a life member of the party who was a CC member of MCA Youth. He sees the move as a way for the party leadership to prove it did not want to act in an irresponsible manner by walking away from BN and abandoning its Malay and Indian comrades “just like that”.

He believes MCA had considered very seriously many factors before the resolution. The Malays must not be left alone in the federal opposition without Chinese and Indian parties. The fear is that an all-Malay opposition may take drastic or untoward action in trying to topple the Pakatan Harapan administration by not looking at the bigger picture of the country’s multiracial and multireligious composition.

By saying the “Malays must not be left alone in the federal opposition”, Teh might as well say that Umno should not be left alone to fight the battle. But, somehow, the former youth CC member preferred to put things in a Malay perspective, adding that “the ordinary Malays must understand that many Chinese in MCA are still supporting Umno/BN”.

As he sees it, there are more conservative Malays than progressive or liberal Malays, and the conservatives are supporting Umno while the liberals are either PH supporters or sympathisers, at the very least.

Still, taking into account the things he said, I can’t help but agree with political analyst Oh, who says MCA “is still having lingering thoughts for Umno”.

Anyway, what now for MCA? Can the party that is at its weakest now push for BN to be dissolved?

To Umno president Datuk Seri Zahid Hamidi, the answer to that question is a resounding NO. “MCA has no right to unilaterally decide on BN’s dissolution as it must be done through consensus,” says Zahid. BN still has five parties now and the coalition has always acted based on consensus.

Zahid also has some advice for MCA, sarcastically reminding it that “it has only one seat left, and even that is a Malay majority seat. So it should know its real position if it wants to remain relevant in our political landscape”.

His deputy, Datuk Seri Mohamad Hasan, is more direct, asking MCA to just leave BN. Such bluntness goes a long way to show the sort of respect Umno has for MCA, and that is not doing the party any good in the eyes of the Chinese community, who are already no big fans of MCA. But going it alone is not an option for the party. It is suicidal, I would say, and MCA knows it.

So despite everything, let’s say for the sake of argument that MCA somehow manages to get BN dissolved, what then? To Teh, the resolution to dissolve BN is aimed at forming another multiracial coalition, a sort of rebranding exercise needed in preparing to win the hearts and minds of the voters in the next GE.

Some MCA insiders are of the opinion that MCA should be pragmatic and accept PAS’ presence in this new coalition. But the question is, will the Umno-initiated coalition featuring PAS as a major component accept MCA? Draw your own conclusions.

As I see it, nothing will come of the resolution — meaning BN will not be dissolved and MCA will remain in it. Maybe many MCA members would beg to differ, but I have political analyst Oh agreeing with me on that one.

To the MCA watcher friend of mine, the resolution is to save face more than anything else, but it is this sort of indecisiveness that has turned MCA into a party that stands for Make Chinese Angry.