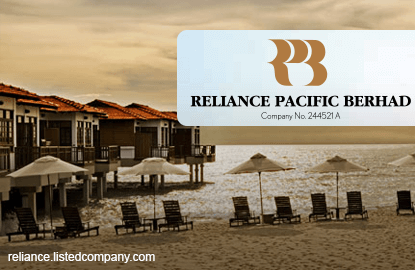 According to Bloomberg data, the shares were moved in five blocks via direct business transactions at 22.5 sen per share.

In comparison, the counter's closing price today is 38 sen (two sen or 4.11% higher from yesterday) on the market.

The buyers and sellers of the off-market trade were not immediately known.

Reliance Pacific reported a net loss of RM24.03 million for the fourth quarter ended March 31, 2016 compared with a net profit of RM601,000 a year earlier.