Up to relevant ministries to regulate ride-sharing apps, says SPAD 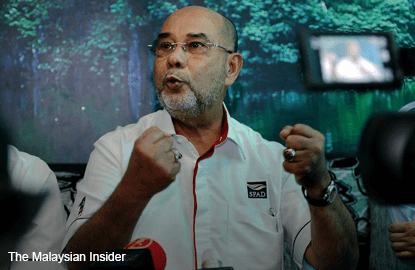 KUALA LUMPUR (Feb 2): The Land and Public Transport Commission (SPAD) will leave it to the relevant ministries to enact legislation to regulate ride-sharing apps such as Uber and Grab, its chairman Tan Sri Syed Hamid Albar said today.

He said SPAD, as an implementing body, did not have a problem with the app-based public transport service, but was bound by existing laws to carry out enforcement.

"If the government decide there is no necessity to issue licences for Uber vehicles and it can use any kind of vehicles, that is a policy decision.

"We act according to the current laws, which are passed by the government.

"Currently, the law is that, we must make sure every vehicle on the road that wants to be used as public transport and collect fares, to be licensed," he told reporters in Ipoh today.

Syed Hamid added that he felt it was not beneficial to discuss his views on the ride-sharing services, as there had been already too many statements on it, leading to confusion among the public.

He, however, said the issue was not in banning the service, but how to ensure it did not breach road transport licensing requirements.

"We can help to solve the problem, but because it is a service industry, the industry must react to that.

"The government is interested in a final solution, but this is a global grouse and no country has found it yet."

He also said that in a SPAD survey involving more than 40,000 online respondents, more than 80% were in favour of the new app-based services than conventional taxis.

He said SPAD was not against the services and prepared to move ahead with progress.

"If Uber drivers utilised legal vehicles, there will be no problems," he said, adding that he did not foresee problems if taxi drivers opted to join Uber or other app-based services, such as Grab and MyTeksi.

He also said the government would consider easing existing regulations for taxi firms and drivers, to provide some cost-savings to the two groups, who had been complaining of unfair competition from the unregulated ride-sharing services.