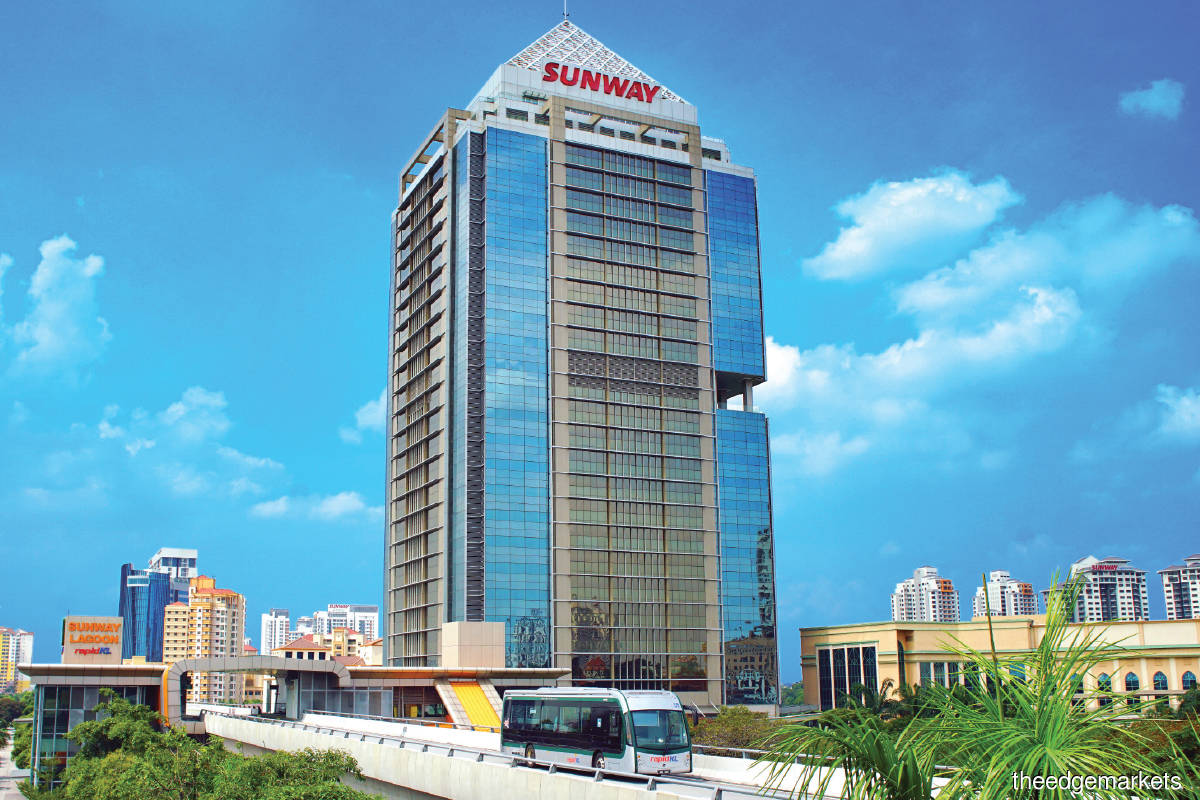 Sunway sold the fully-tenanted The Pinnacle Sunway for RM450 million. (Photo by Sunway)

THE total value of transactions linked to real estate investment trusts (REITS) this year was about RM2 billion, the bulk of which involved office assets, followed by industrial assets. In contrast, the total value in 2019 was just shy of RM300 million.

“Investors are wary about market conditions and the impact of Covid-19 on offices, so the major office deals [this year] were related-party acquisitions by REITs, where the buyer has the comfort of knowing the asset and all the tenants intimately,” says Nabeel Hussain, Savills Malaysia’s deputy managing director and head of capital markets, when asked what he thought was the common theme among transactions by REIT players this year.

“If you look at transactions of highly let, high-quality office buildings over the last decade, probably over half were RPT. So, the phenomenon itself is nothing new, just that it’s become much more pronounced this year because of the overall lack of transaction activity [compared with the boom years].” Then, in September, UOA Develop­ment Bhd said it was selling the 38-storey UOA Corporate Tower in Bangsar to its 76.55%-owned UOA Real Estate Investment Trust (UOA REIT) for RM700 million.

Siva Shanker, CEO of real estate agency at Rahim & Co International Sdn Bhd, is confident that these transactions are in the REITs’ favour.

“The entire world has overreact­ed to Covid-19 and the economy has suffered because of this. The fear of the pandemic will subside, as the availability of the vaccine is just around the corner. The market (recovery of the property market) should come back in 2022/23 and these office transactions will bear fruit with higher yields, as rentals will improve,” he tells The Edge, adding that the yield for a good class of office assets should be north of 5.5%. Acknowledging concerns over the oversupply of office space, Siva says, “While the office market forms a large part of oversupply, it is centred on the city centre. Tenants who traditionally frowned upon being located in the suburbs are no longer averse to the suburbs. After all, rents are lower. For the property owner, demand has been steady.”

Another REIT expert, who declined to be named, observes that the RPT deals were more apparent this year because developers were running out of money. He notes that, with construction activities having slowed down and few new launches, developers are in need of cash.

Sunway says it plans to use the entire RM450 million proceeds from the sale of The Pinnacle to repay borrowings, which will help improve its cash flow. “The timing of the proposed disposal at this juncture could result in Sunway Group not realising a potentially high value if The Pinnacle Sunway was disposed of at a later date,” the company said in its announcement to Bursa Malaysia, adding that it would nevertheless still make a net gain on disposal of RM40 million for the group.

UOA says the sale of UOA Corp Tower would help improve its cash flow and fund its acquisition of land for development and the development of properties via internally generated funds instead of borrowings to keep its gearing level low.

GuocoLand, meanwhile, states that its disposal is in line with its strategy to focus on property development and that the proceeds will be used to repay bank borrowings and for working capital. Nevertheless, the REIT expert says what the developers did was a smart thing and they had timed it very well. “All three offices are well built and well located, and have long leases with a good profile of tenants. It is a good deal for the REITs,” he notes.

On industrial REITs, Siva says these are solid investments, as they are backed by long-term tenancies or leases. He explains that leases are preferred for industrial assets as they are locked in for a longer term. “Generally, tenancies of over three years can be considered leases and they can be registered on the title,” he adds.

He cautions, however, that as more REIT players enter the market, the yield for industrial assets could go down. This is because the asset owner has a larger pool of investors to offer the asset to. For example, Sunway REIT has said it wants to turn to a more stable segment such as industrial REITs. Just this month, AME Elite Bhd said it was looking at establishing and listing a REIT and that the initial investment portfolio would include industrial properties.

Adding to this competition, which Siva expects to begin in 2021, are private equity funds, which “are also eyeing industrial assets”.

Commenting on hospitality and retail REITs, he says the tourism and retail industries are suffering the worst consequences of the pandemic. And as long as there is a fear of the pandemic, how long it will take before these industries recover is anybody’s guess. But Siva notes that things appear to be improving, as more people are going to the malls and tourist destinations are getting crowded. “Hotels and retail just have to hang on a little longer before things turn around for the better,” he adds.