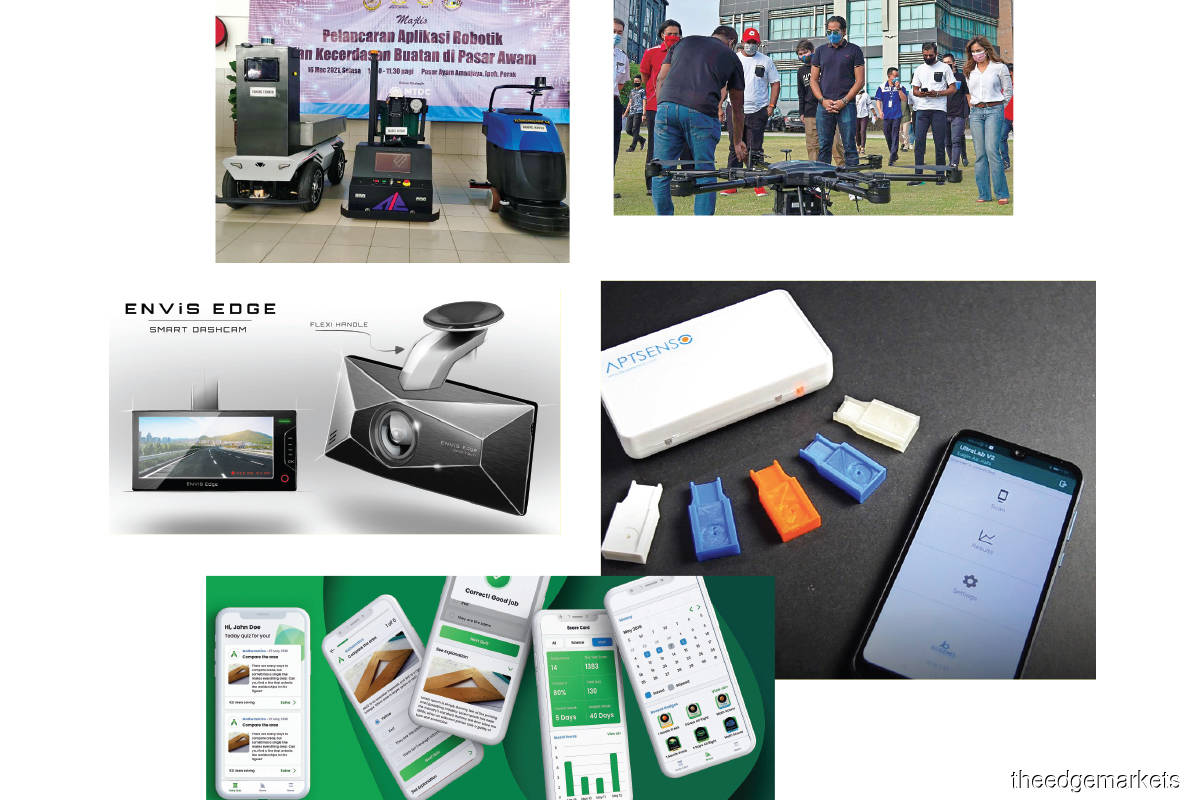 The National Technology and Innovation Sandbox (NTIS) has been running for almost a year now. Its promise to provide Malaysian start-ups and individuals with a chance to test their solutions in a live environment was welcomed by many.

How has the programme done so far? Digital Edge spoke to several NTIS participants to find out.

According to NTIS’ Twitter update on July 15, the programme had gone through 12 cohorts, approved 134 solutions, committed RM39 million in funds and worked with 22 partners.

A few things stood out from the participants’ responses. Most found the programme beneficial from the funding perspective. Also, being an NTIS participant lent them the credibility to approach big organisations to become partners.

What could be done better? The suggestions mostly had to do with speeding up the administrative and approval processes.

NTIS aims to relax certain regulatory requirements or processes for the participants to accelerate commercialisation. It could also pair them with industry partners that can benefit from these technology solutions. Robots in the pasar

Sellers at Pasar Ayam Amanjaya in Ipoh saw a robot weaving between the stalls in March, collecting organic waste from the sellers to dispose of at a central bin. This high-profile project under NTIS was done in collaboration with the Ministry of Housing and Local Government (KPKT) and two robotics companies, Akar Indah Engineering Sdn Bhd and Ideasparq Robotics Sdn Bhd.

“From our research, we knew that 30% of compostable waste comes from wet markets. But managing this kind of waste is difficult because the locals may not really care about [segregating their waste]. We thought of developing an autonomous robot that would be able collect compostable waste and separate it from general waste,” he says.

Before testing the solution, the company had several meetings with KPKT and local authorities to understand their needs and regulations.

“After this launch, KPKT is considering deploying this robot in the 800 wet markets under its purview that are deemed suitable. It could also include the robot in [tender] applications by giving priority to contractors who use technology in their services,” says Mohd Yuzairin.

Now, the company is completing a report to submit to NTIS and will upgrade the robot based on the feedback it receives. Meanwhile, the Ipoh City Council is reviewing the solution through its normal service contract procedures.

The next task for Akar Indah is a test run at Pasar Besar Seremban.

These test runs are required to ensure that the robots are able to move through the wet markets smoothly. Markets with very narrow lanes, for instance, may not be suitable locations.

Mohd Yuzairin hopes to lease the robots to waste management contractors servicing these wet markets. Hopefully, this can result in cost savings. “Many of the contractors are relying on foreign workers. The pandemic made them realise that this is not sustainable.”

NTIS was helpful for the start-up as the programme connected it with local authorities and players who would otherwise be difficult to reach.

“Big wet markets tend to be run by their own associations. NTIS connected us so we could run the tests without receiving any backlash. We also received support from local authorities, which made sure our solution met the markets’ rules and regulations,” says Mohd Yuzairin.

Akar Indah also received funding to develop the robots. “If we had used our own money for R&D, it would have taken time because it would have depended on our available cash flow,” he says, adding that he is grateful to have received the monetary support from MTDC.

As a local robotics service provider, it is difficult to compete in the market without a proven track record, says Mohd Yuzairin. Having a sandbox allows small local players to showcase their capabilities. “I am more than satisfied with this programme. If there is anything I can add to make it better, I would say I wish the government would promote more national pride through the programme and create higher demand for local technology.” In March, Science, Technology and Innovation Minister Khairy Jamaluddin ordered two T-shirts from AirAsia and received the delivery from a drone in less than five minutes. This was one of the high-profile projects under NTIS, involving AirAsia Digital’s logistics venture Teleport and drone operators Vstream Revolution Sdn Bhd and Meraque Services Sdn Bhd.

It was the first extended visual line of sight drone delivery done in accordance with regulations by the Civil Aviation Authority of Malaysia (CAAM) in Cyberjaya. The drone flew over a distance of 1.74km from Cyberjaya Park to MaGIC’s headquarters.

Vstream Revolution CEO Saravanan Chettiar Letchumenan applied to join NTIS following an invitation from MaGIC to drone players in Malaysia. The company had to submit proposals and give demonstrations, which were reviewed by CAAM. “It involved sleepless nights of sending documents, preparing training sessions and making sure the whole operation was safe,” he says.

Drone deliveries may sound simple in concept, but it actually involves many processes. For one, there are the regulatory requirements to consider, so that the delivery can be done safely. “When it comes to operation, we have to integrate our drone platform with Teleport’s ordering and delivery platform. After that, it has to be integrated with an unmanned traffic management system, with a replicate on the regulator’s side so they can monitor where the drones are flyi ng,” says Saravanan.

Information on the drones, such as their weight, height of flight and technical data, has to be recorded as well.

The test run in March was just the beginning. Saravanan is now waiting for funding from NTIS to begin the six-month proof-of-concept trials with Teleport.

He has found the NTIS experience beneficial so far, in terms of the guidance and assistance given. The publicity from this project has also triggered the interest of potential clients, who have approached him about setting up drone delivery platforms.

What could be done better? “I feel like more could be done to speed up the process of funding and [expanding the number of] testbeds available to start-ups where there is an industry problem ready to be solved,” says Saravanan. The Federal Land Development Authority (FELDA) is an early partner of NTIS. Two FELDA Mempaga schemes in Pahang were earmarked as implementation sites for drone and robotic solutions.

One of the companies selected to test its solutions with FELDA is drone service provider OFO Tech. Its director of business development Muhammad Amsyar Faiz Arham says the company applied to join NTIS to commercialise some of the products in its pipeline.

One of the products is a smart camera that can automate damage detection on roads using artificial intelligence and computer vision, in collaboration with KDEB Waste Management Sdn Bhd. The smart camera is fitted on KDEB’s garbage compactor trucks. It then collects information on road conditions and sends it to a command centre.

This is a product that OFO Tech has already commercialised with Projek Lintasan Kota Holdings Sdn Bhd on several highways. But now, the company wants to implement the technology on smaller roads as well. It is currently completing the trial with KDEB.

The other product that OFO Tech is working on is an agriculture technology (agritech) solution for greenhouses in FELDA plantations. “We want to find a tech solution that can maximise crop yields, minimise losses and provide higher revenues for FELDA settlers. We use Internet of Things-connected sensors, machine learning and computer vision to monitor the growth of crops such as eggplants, cucumbers and chillies in the greenhouse,” says Muhammad Amsyar.

These devices will help the company analyse the optimum levels of sunlight, water and nutrients needed to grow the crops. “This data can be used in FELDA’s assets nationwide. I believe it has around 1,300 greenhouses,” he says.

However, this project has been delayed due to the Movement Control Order.

Regardless, funding from NTIS enabled the company to manufacture smart cameras for KDEB and smart sensors for FELDA to complete the trial runs. Being a part of the programme also gave the company more credibility when approaching big entities like KDEB and FELDA, Muhammad Amsyar says, adding that he hopes more industry partners will join NTIS going forward.

Khairul Anwar, founder and CEO of Pandai, applied for NTIS last November because he wanted to bring his learning app to public schools. The Pandai learning app, which offers quizzes and tests based on the national curriculum, is already being used by more than 200,000 individuals. The demand for this app shot up during the pandemic when students were stuck at home.

Entering public schools, however, is tricky, given the bureaucratic hurdles. Khairul says NTIS approved its application conditionally, based on whether it could get approval from the Ministry of Education. “We initially thought that NTIS would help connect us, but it turned out that we had to approach the schools ourselves and it would cover the expenses of the project,” he adds.

Pandai struggled to reach Ministry of Education officials. It found more success in approaching state education departments, and finally succeeding in getting a letter from the Penang Education Department that allowed it to test its app in five schools. But before that could happen, Pandai had to do another round of presentations for NTIS’ sectoral committee and is now waiting for the results.

If Pandai is successful in getting funding from NTIS, it will be used to purchase devices, which will be distributed to students and teachers using the Pandai app. Researchers from the University of Malaya will then study the effectiveness of this learning app.

“We hope that this product can be useful in public schools. We also hope it will be recognised by the government,” says Khairul.

While he understands the processes that the government has to go through, he hopes that the review and approval process of applications could be speeded up. “Fortunately, we have our existing business, so we don’t have to depend on NTIS to survive while we wait,” he says. A rather different company taking part in NTIS is Biogenes Technologies, which specialises in molecular diagnostics and genomics. The company participated in the programme to conduct validation trials for its digital rapid test kit for Covid-19, named COVIDSENS.

The NTIS grant supported this trial and gave the company enough backing to approach collaborators such as the University of Malaya, says Biogenes Technology CEO Tang Kok Mun. The first trials were done using real Covid-19 samples with the university. Now, the company is waiting to run larger trials before submitting the results to the Ministry of Health for approval.

“Oftentimes, in the commercialisation of innovation, there is a chasm between the lab prototype and actual industrial needs and expectations. Providing funding and support to close this gap is commendable,” says Tang. The multi-agency effort is also good. However, during the early stages of the programme, he found the application process to the different agencies slightly chaotic. “A long-pressing problem with government funding is the red tape and rigid rules in making claims and disbursements. To be fair, we have seen improvements over the years, and we hope there will be continued efforts to address this,” he says.

Additionally, Tang hopes that the list of supported sectors and technologies can be expanded beyond the likes of robotics, drones and smart agriculture. “Sometimes, innovations can come from the most unexpected sources, and we should be able to capture these innovations,” he notes.