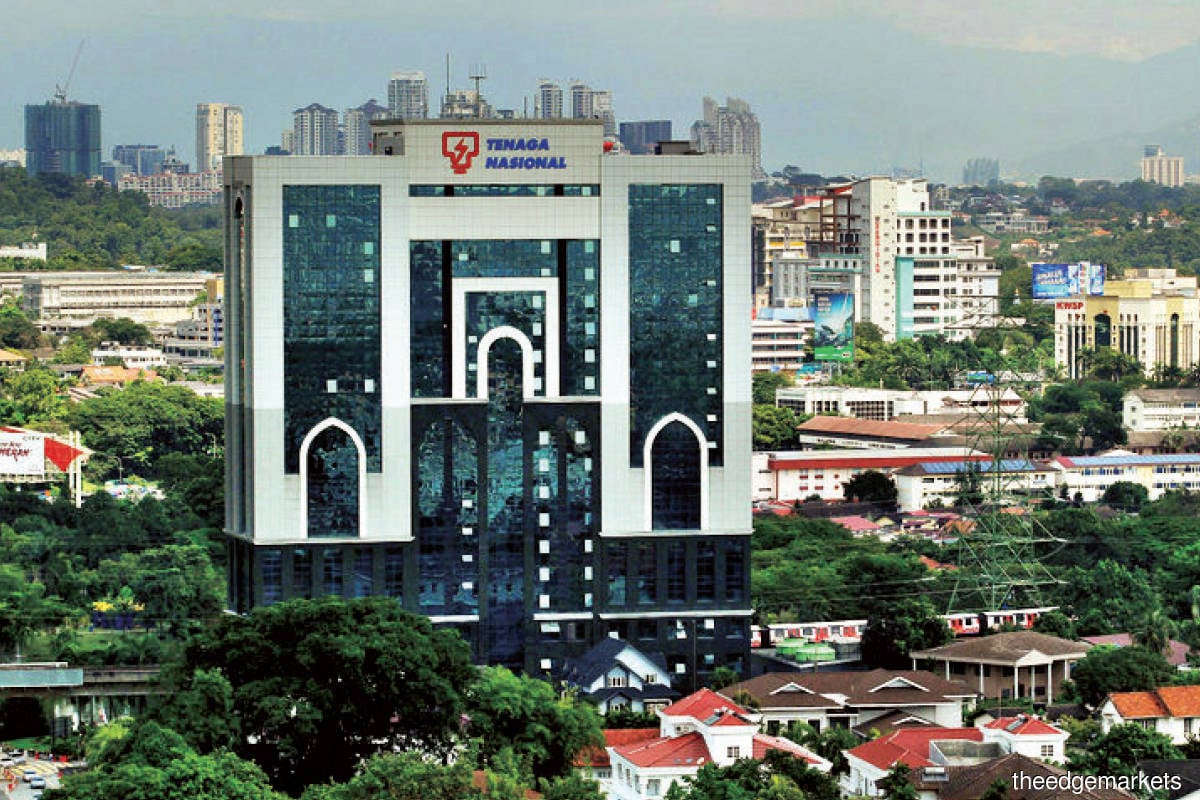 TENAGA Nasional Bhd’s shares have been trading below the RM11 level since Nov 19 last year despite consecutive quarters of earnings growth and a dividend payout for financial year 2020 (FY2020).

Why the ambivalence about the national utility despite its rising profit in the third and fourth quarters of FY2020 ended Dec 31?

One fund manager says Tenaga has been aggressively paying dividends, which causes the share price to adjust. “It has paid out almost all of its earnings as dividends,” he adds.

However, an industry observer who used to work for Tenaga and MyPower Corp says the catalyst for the national utility should come when there is clarity regarding the incentive-based regulation (IBR) and third-party grid access. “The government’s decision in December last year to extend the RP2 (second regulatory period) for another year until end-2021 means that Tenaga will have to be more careful about its capex (capital expenditure).

“It’s messy. It was supposed to be all spending approved in one go after a lengthy discussion.”

With the extension of the RP2 to 2021, the current base tariff of 39.45 sen per kWh has been maintained until Dec 31. Any variations in the fuel costs will be addressed via the imbalance cost pass-through (ICPT) mechanism. This is where it gets tricky. The base tariff for the RP2 reflects the capex and operating expenditure (opex) of transmission, distribution, system operation (SO) and single buyer (SB) operation, including the return on regulated assets of transmission, distribution, SO and SB operation. It also includes the power purchase cost, including base price fuel, that power generators charge SBs.

All of these costs and the return on assets due to Tenaga were determined under the RP2, which was negotiated before 2018. Now, with the extension of the RP2, the government makes the assumption that none of these costs have increased for Tenaga, even for the one-year period. The return on regulated assets has also remained the same.

The issue here, according to industry observers, is that Tenaga may have to get the approval of the Energy Commission (EC) for the capex that it wants to incur this year to keep the IBR framework intact. That is because any capex that it introduces will be clawed back through the base tariff of the IBR mechanism. The national utility is spending RM9.5 billion in capex this year, with RM7.3 billion being regulated recurring expenditure.

During an investor presentation on March 19, Tenaga said its regulated entities’ earnings will remain stable at the base tariff of 39.45 sen per kWh and weighted average cost of capital (WACC) of 7.3%.

On top of this, the EC has allowed a higher allowance for doubtful debt of RM200 million for FY2021, versus RM94.3 million for FY2020, in consideration of collection affected ­owing to the Movement Control Order.

However, some industry officials say the EC, acting for the government, was right to extend the base rate of 39.45 sen per kWh until year end.

“Power demand has not increased much, which means Tenaga does not need to spend much on capex. Also, oil prices were generally low the whole of last year. They only picked up this year,” says an industry official.

Tenaga has pegged the approved demand forecast this year at 113,909 GWh, a 2.9% increase compared with the FY2020 revised forecast, indicating that power demand growth will be quite stable this year.

However, industry observers who understand the mechanism of the IBR and the workings of Tenaga are sceptical that the same IBR structure that was decided four years ago could yield the same returns today.

“Tenaga has to keep on investing to keep the operation of the power system intact. Without the new capex and opex being imputed into the IBR mechanism, this means the base tariff is based on its capex cost from four years ago,” says an observer.

“Will this affect Tenaga’s profitability? Definitely. If you talk to analysts, they would say that. That is why the share price hovers at  RM10 and not higher, because the foreign funds are fed up.”

“We have cut our EPS forecast for FY2021 to FY2022E by 12.1% to 13.8% to factor in [Tenaga’s latest results]. We believe Tenaga is committed to unlocking the cash on its balance sheet, and a successful restructuring of its corporate structure could help expedite the process,” says Ng in a report.

Besides the RP2, the government has yet to decide on the third-party grid access. This will allow power generators to sell electricity directly to a specific consumer through the grid. For example, a power generator in Kedah may want to get into a supply contract with a specific industrial user in Port Klang. This specific contract will have a higher tariff rate than that of the IBR mechanism.

However, without the third-party grid access, this cannot be done, as the “toll rate” for using the grid to a specific destination has not been determined. While this is not necessarily negative to Tenaga, it has become an issue for some large scale solar (LSS) players.

When the LSS4 was put out to tender, some of the bidders hoped that the third-party grid access issue would be solved and the toll rate determined by the time the winners were announced. That is why some of the bids came with incredibly low tariffs, for them to win that round of bidding, says the LSS player.

However, as there has been no indication from the government that the third-party grid access issue will be decided on, some of the LSS4 winners find that it is impossible for them to be profitable at the tariffs they submitted.

Tenaga and other power plant operators too can benefit from the third-party grid access when it is in place. It could also become a plus point for Malaysia in attracting investments, as some multinational corporations would like to have certainty of electricity supply when setting up a plant.

Foreign funds have reduced their holdings of Tenaga. As at March 31, these funds held only 12.39% of its shares, compared with 17.01% at end-April 2020. High foreign shareholdings in the national utility usually translate into higher share prices. On March 26, 2018, when foreigners held about 24% of Tenaga, its share price hit a five-year high of RM16.34.